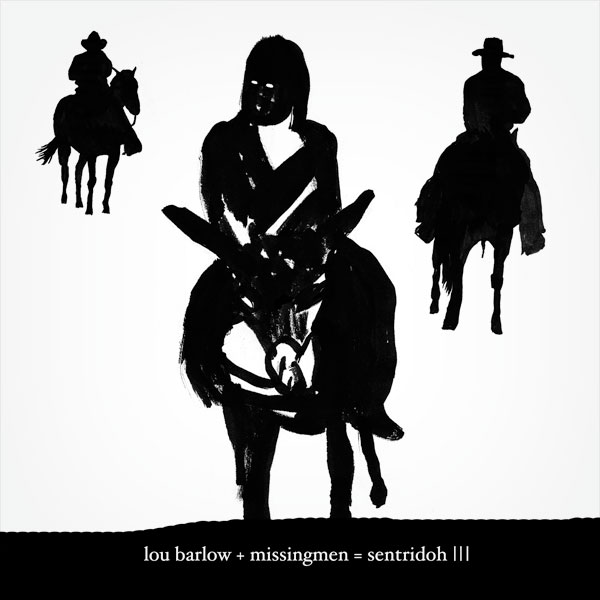 There is a climactic scene in one of those Yimou Zhang movies where the two warriors close their eyes and envision how the epic battle will play out. Quite honestly, when you add the missingmen (guitarist Tom Watson and drummer Raul Morales) up with new songs and reworkings from “Emoh” and “Goodnight Unknown,” you could pretty much do the same with Lou Barlow’s latest digital EP = Sentridoh III. And, yes, it sounds like everything you’d envision, in a good way, with the trio playing rocked-up versions reminiscent of Barlow’s other two bands – Dinosaur Jr. and Sebadoh. On “Caterpillar Girl,” Barlow replaces piano with a thick-as-Solomon Burke bass line that simply dances underneath Watson’s guitar to create a transcendental piece of power-pop that rolls right into “Faith Defies the Night,” which begins with the same fury as the end of Dino Jr.’s “Sludgefeast” from “You’re Living All Over Me”. By the time the record closes with a simply moving version of Skip James’s “I’m So Glad,” it is clear to see that this combo is yet another slam dunk in Barlow’s pantheon of three-piece bands. If you are a fan of Barlow’s other work, = Sentridoh III is simply the icing on an already extremely satisfying cake.