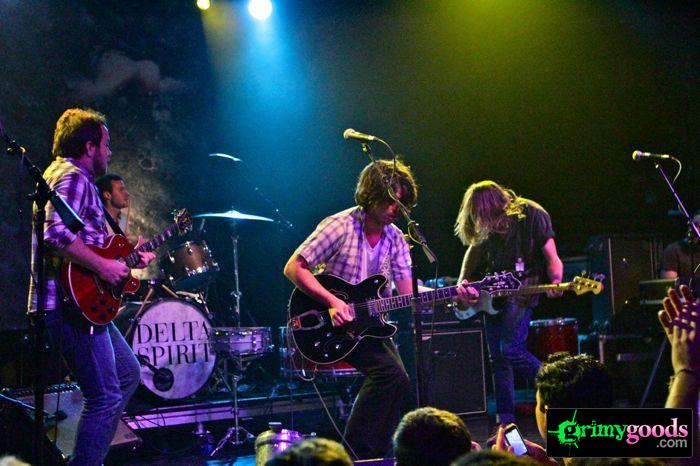 In the two years between their two albums, 2008’s “Ode to Sunshine” and this year’s California-themed “History From Below,” the Delta Spirit have explored a more expansive and nuanced sound to their Americana infused rock and roll. Returning to their native California, the San Diego based band played a fantastic sold-out show at LA’s El Rey Theater on July 23, 2010. The crowd were enthusiastic and the band were in top form, hitting their marks hard on “Bushwick Blues” and their waltzly bar anthem “Streetwalker”. Front man Matt Vasquez was obviously emerged in confidence as a lead guitar, switching between the piano for a brief intro of Pink Floyd’s “Wish You Were Here” (which he revealed that he first played while on acid playing in a bathtub on New Years Eve) before they erupted into the ramshackle groove of “Trashcan” with full gusto.

It was a reliable show, considering the last time I saw them in Boulder Colorado which they were a train-wreck of drunkenness. I blame the high altitude, but it seems like they’ve cleaned up their act since then. Some of the new songs didn’t quite translate their intimacy to the stage but at least the band have some great covers (“St James Infirmary”) to amp up the show. They finished with their signature tune “People C’mon” and everyone was in a whiskey-boogie. The night ended with Los Angeles scenesters pouring out onto Melrose and it seems that the band might have lived up to the spirit of their name.

Check out the photos and video of Delta Spirit at the El Rey Theatre below! 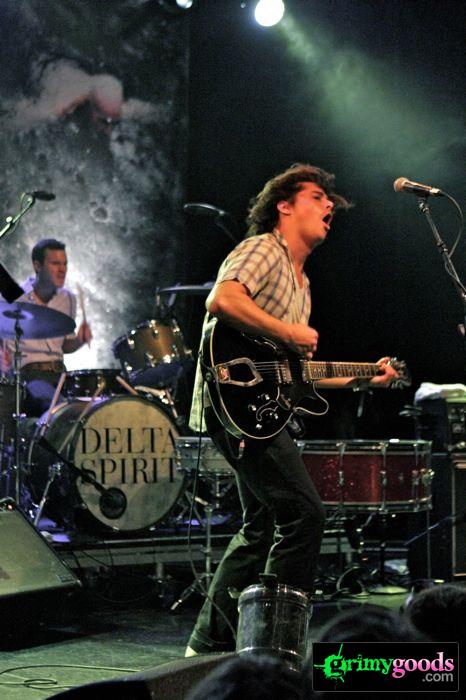 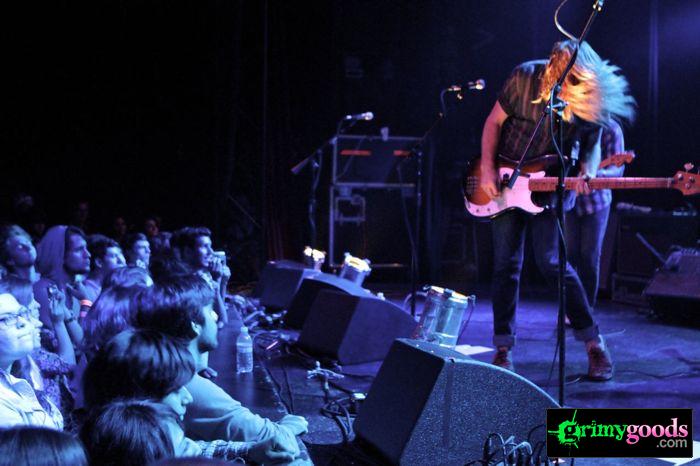 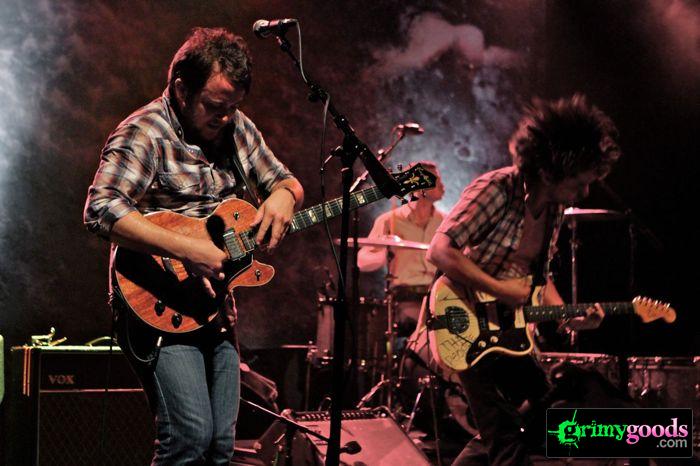 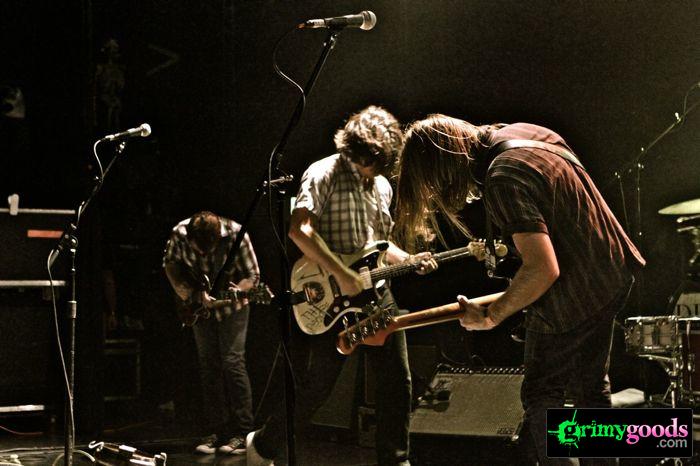 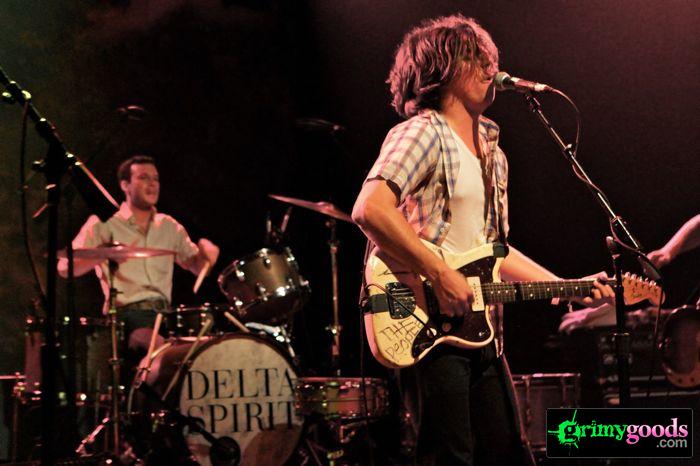 One thought on “Delta Spirit at the El Rey Theatre Show Review, Photos and Videos”