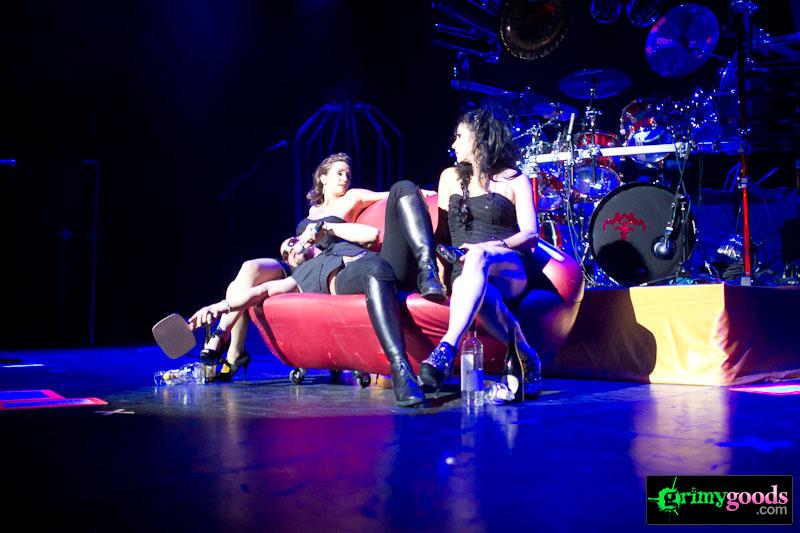 Queensryche, almost 30 years old now, can proudly lay claim to a title rarely bestowed: the unironic heavy metal band. They had the sound, the aggression, the hair — hell they even had the fucking umlaut three years before Spinal Tap came and forced us to put quotes around everything. But you knew it the first time you heard them — Queensryche were always some serious shit.

Which is why their current project (it started out as a one-off but now it’s on the road) is such an interesting departure. This is a cabaret, oh chum, the music mixed with a little Cirque de Soleil and a nice dose of Brecht. You’ve got jugglers, temptation, contortionists, suffering, and ultimately redemption. And just under two solid hours of Queensryche tying it all together. 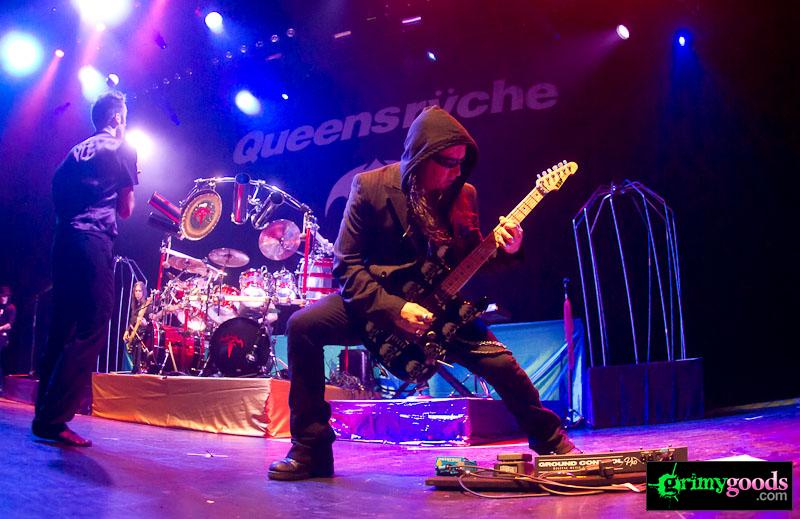 But who’s it for? I was wondering about this before the lights went down and I looked over the crowd. The original fans (now over 40 but as rabid as ever) arrived early for the good seats. Would they be able to tolerate hearing their beloved band performing “theatre?” For the rest of the audience (hipsters, newbies, and punks, mostly steaming) this would not be a problem. Jim Rose and Shockheaded Peter have prepped these folks for what was to come.

Fearing a trainwreck but hoping for the best I watched as the curtains parted revealing vocalist Geoff Tate, supine and surrounded by women, examining himself in a mirror. Shit. This could go either way. But as the band revved up and he began the opening words to 1997’s “Hit The Black” it was clear that musically, Queensryche would not disappoint. What followed was a dizzying selection of stunts which could be enjoyed or ignored depending on one’s inclination. I happen to like contortionists. But there was no ignoring the music — a rock solid set that drew from deep into the back catalog (1983’s “The Lady Wore Black”) to present day, culminating in a face-melting “Right Side of My Mind.”

Is it cool? Yeah. Does it work? Hell yeah. If scantily clad women, acrobats, wailing guitars, and plenty of sex, drugs, and rock ‘n’ roll aren’t your thing please do not apply. For everyone else the only thing missing from this Cabaret is an umlaut. 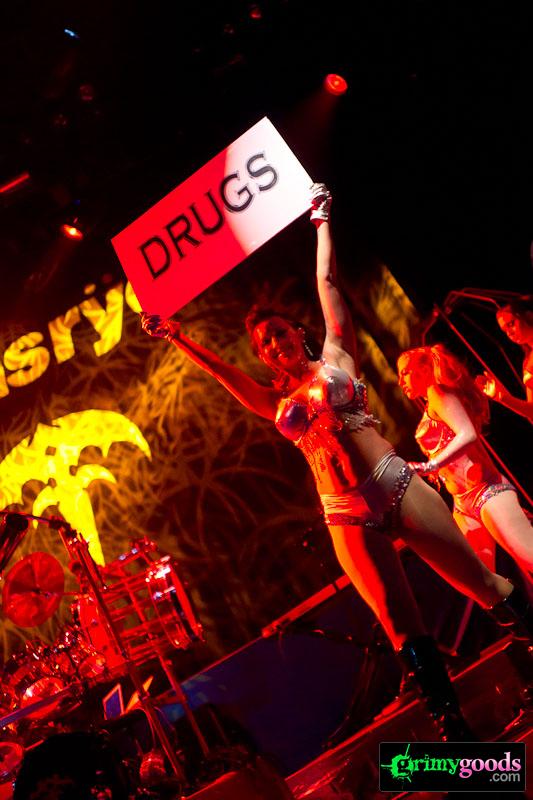 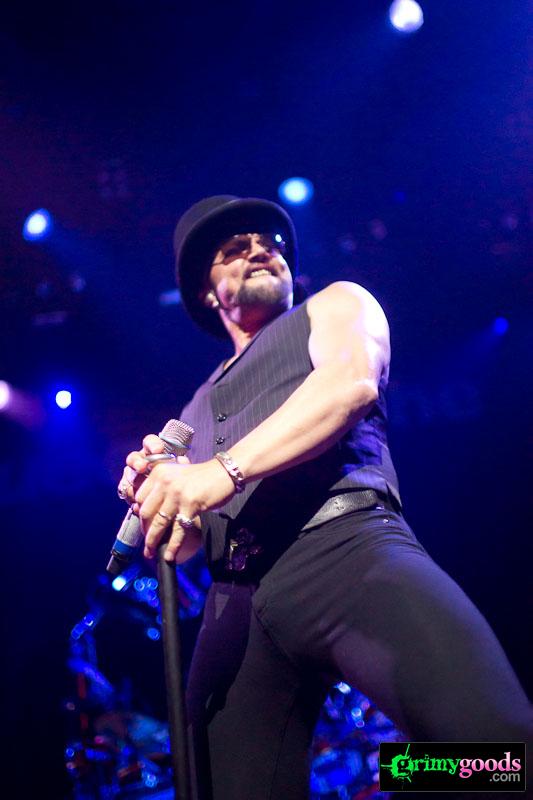 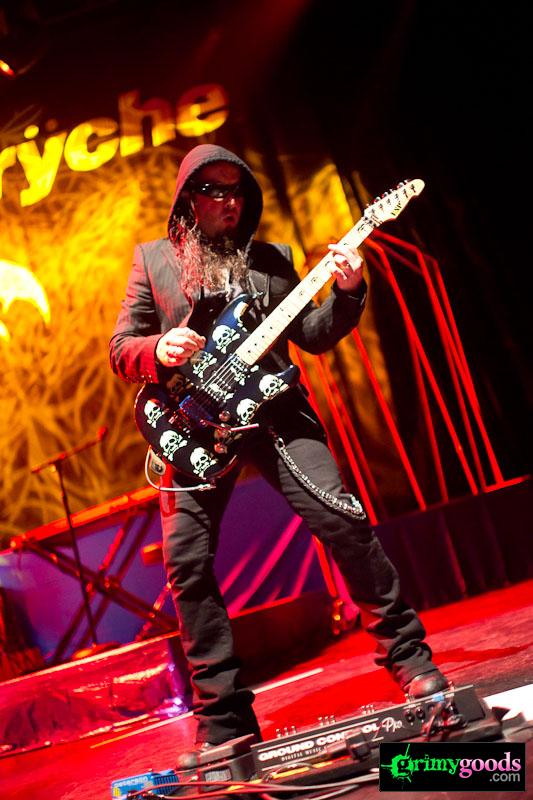 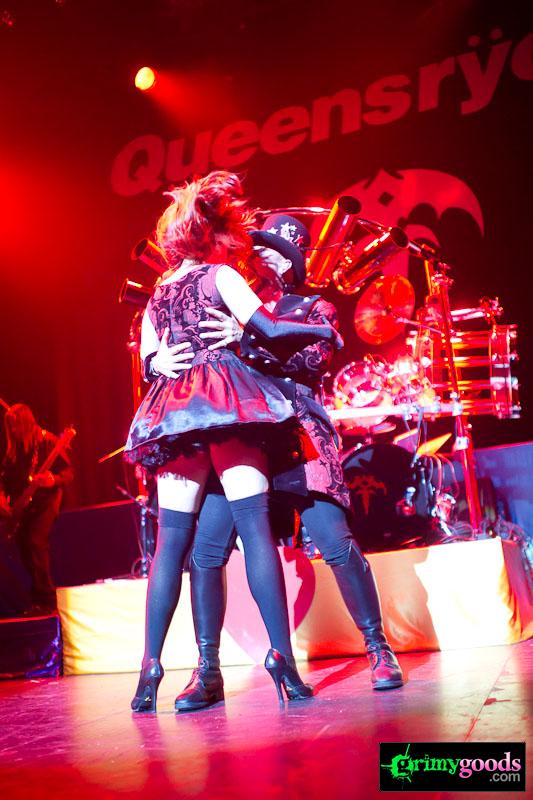 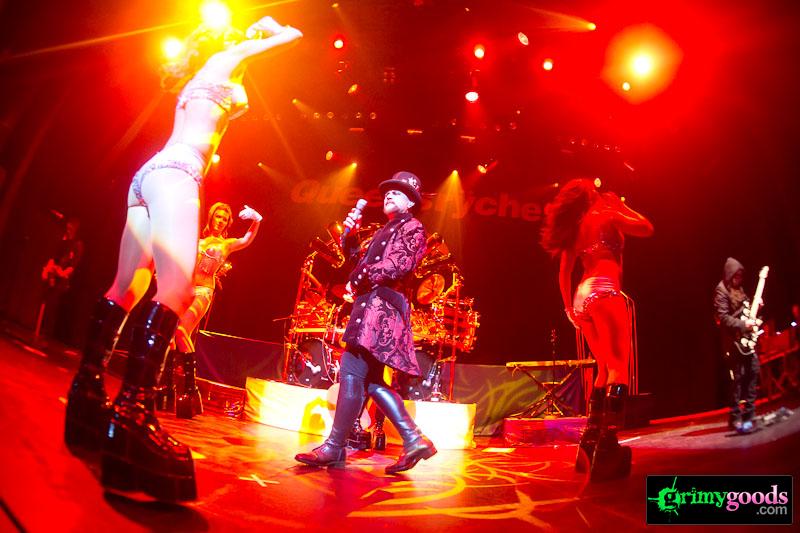 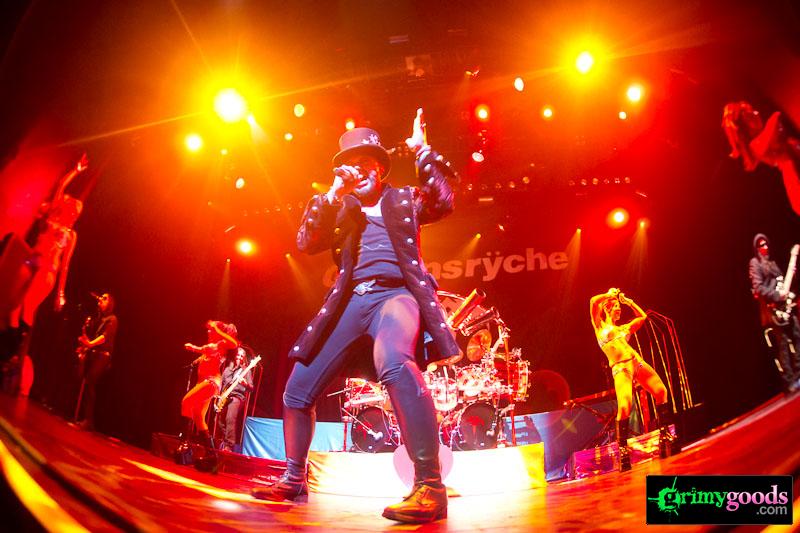