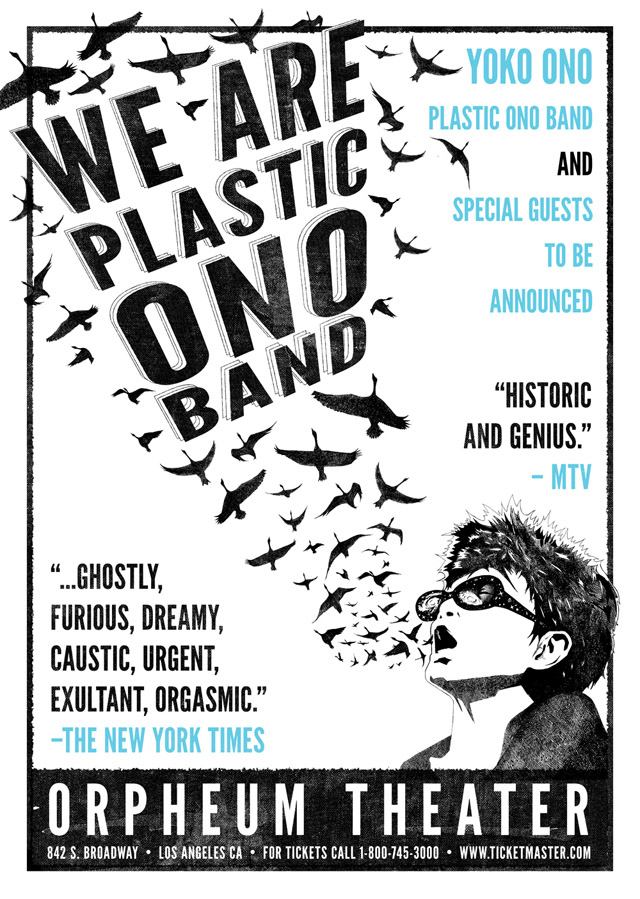 Whether you’re a fan of Yoko Ono or not, the fact that she has some awesome special guests at her upcoming LA shows are a reason enough to get some tickets. Check it out! The legendary Iggy Pop will be playing a show with the Yoko Ono Plastic Ono Band on October 1st at the Orpheum Theater! Additionally, Perry Farrell Tuneyards, Vincent Gallo, Harper Simon, RZA, Nels Cline, Mike Watt, Thurston Moore, Kim Gordon, Lady Gaga (unfortunately), will also be special guests at the Orpheum Theater (check below for specific show dates appearances)! And on top off all that, her son Sean Lennon will also be playing, along with Cornelius and Haruomi Hosono. This is going to be one hell of show with an all-star line up!