We all know how awesome Dr. Dog’s sixth album “Shame, Shame” is. Now check out the sweet new video for their song “Shadow People.” There’s some old people, there’s some skating and one old fart even looks like Colonel Sanders. The band is also streaming the new video on their Facebook page and if you share it via Twitter or Facebook you’ll get a FREE download of a new song!

Due to the enormous success of their last two headlining tours, Dr. Dog will embark on another headlining tour beginning October 16th with a show at the Wiltern on November 5th! Get your tickets here! 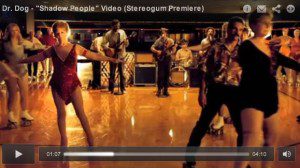