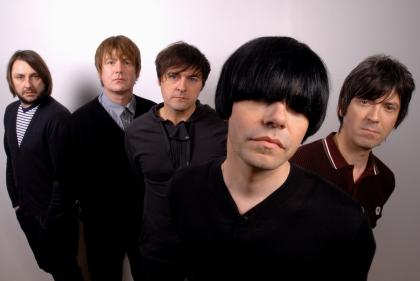 Wow. This album begins with a startling crash that jolts you into giving it all your damn attention. It burst out like it’s the end of a song that’s already built up to the loudest peak, only it’s just the beginning. I like it. I would think the sound of the song “Love Is Ending” would be a little more melancholy but maybe this is a violent end to love. “Who We Touch” is the title of studio album number eleven for U.K. band The Charlatans, a band that’s been creating for years. Twenty years to be exact as this album marks the 20th anniversary of their debut album “Some Friendly.”  This band has experienced a lot in those 20 years and you can feel those experiences in this album. Track two “Foolish Pride” is a pretty sweet number that makes my heart sing. The steady rhythmic beat of “Intimacy” makes drummer Jon Brookes the MVP of this song. Brookes recently collapsed on stage on September 15th while performing in Philadelphia and was later diagnosed with a brain tumor. The band continues their tour with a temporary replacement.  On behalf of myself and Grimy Goods, we send out our positive healing energies in your direction for a speedy recovery.

The rest of the album plays out like a band from the 90s that sounds like a band from the 60s. Crazy how both are now nostalgic and historical. (Oh time, you strange day counter). The last track on the album “You can swim” is dreamy Britpop at its creative finest. It’s very sugary, very Beatles/Oasis, and I freakin love it. It’s followed by a hidden track “I Sing The Body Eclectic” that is a little strange in an avant-garde style mixed with Vincent Price like vocals provided by Penny Rimbauld. For a band that hasn’t stopped working in the hardship filled music industry for twenty years I say HAPPY TWENTIETH ANNIVERSARY!!! 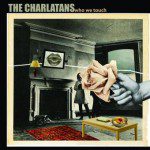