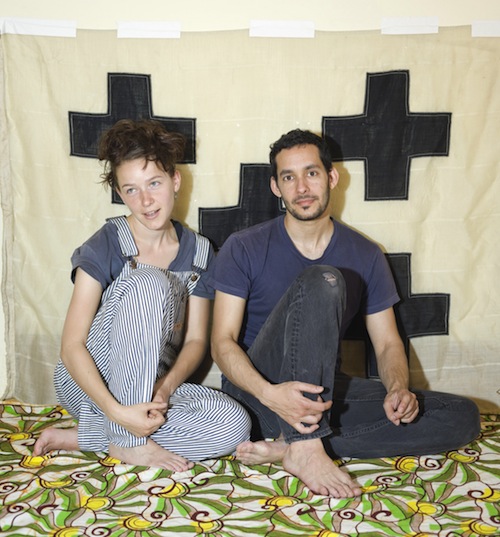 Quirky and unusual are two words to describe the duo of Buke and Gass. Their name alone is enough to slap them with such labels (though the pronunciation of “byook” and “gace” helps curb thoughts of bodily functions… a little.) Yet, they become a whole lot more fascinating when you discover the basis for the moniker.

The Brooklyn-based twosome of Arone Dyer and Aron Sanchez used a dollop of ingenuity with their instruments. Dyer created a “buke” which is a modified six-string former baritone ukulele. Sanchez created his own hybrid of a guitar and bass. The duo uses their feet to create percussion through either drums or bells. The crafting didn’t stop there. They also filter their sound through various amps and pedals to create a dynamic, nearly indefinable sound.

The DIY spirit of the band lends to the kinetic energy of their songs and infuses them with a post-punk spirit. Dyer’s vocals are feverish yelps with a subtle sweetness evoking Karen O at moments and Gwen Stefani at others. With all this originality and ingenuity, it’s no wonder they have been featured on NPR’s Radiolab and named “local band of the month” for NY’s The Deli Magazine.

Their debut album, “Riposte”, bursts open with “Medulla Oblongata,” (also very fun to say) which aptly displays their inventive approach with a swirl of steady percussion against Dyer’s repetitive, girlish wails. It is an impressive and diverse amount of sound to come from just two people. Second track, “Medicina” delves further into their sound exploration with a haunting opening that jolts into a mix of gentle buke and slowly builds to a dance-y rhythm that is utterly charismatic. Standout track, “Outt!” comes almost at the end of the disc, and is a whopper of a closer. The foot-stomping frenzy stirred up from an infectious chat of “Everybody here is out to getcha, out to getcha, out to getcha…” is gripping in its eccentricity.

On the whole, the album is a fuzzy, down-and-dirty good time. At times, the momentum may hiccup and there are a few points where the songs could be accused of having a very similar sound, but overall Buke and Gass are a breathe of originality. They definitely take their quirk and make it work. 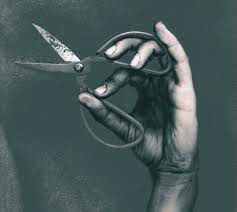