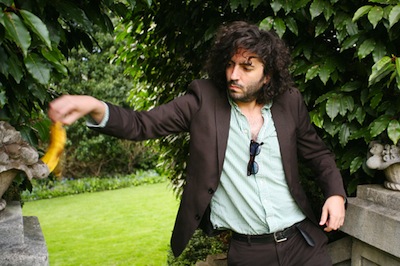 Destroyer is coming to Los Angeles with a show at the Troubadour on Tuesday, March 22, 2011 in support of their 9th LP, Kaputt, set for release on January 25, 2011 via Merge Records. Destroyer will be supported by Philadelphia’s, The War on Drugs.

Front man, Dan Bejar started Destroyer as a solo home-recording project in the early 90s and it has grown to become one of the most respected bands amongst music enthusiasts and musicians alike. It always makes me question, how can such great music not be more widely known? Sadly, Destroyer is totally underrated amongst the masses. But those that know what’s up, know that they’re some epic shit. With lyrics that come off like cryptic poetry, full of hidden meaning, Destroyer sounds a bit like Bowie but is full of that Bob Dylan persona. Some call their music European blues (although from Canada), I call their music just straight up powerful, full of meaning, pretty and a lil funny (yes, I said pretty).

Tickets for Destroyer at the Troubadour on March 22 will go on sale this Friday, Jan. 7 at 1 p.m. via Ticketfly! Buy your tickets asap because this show WILL sell out.

One thought on “Concert Tickets: Destroyer at the Troubadour on March 22, 2011”