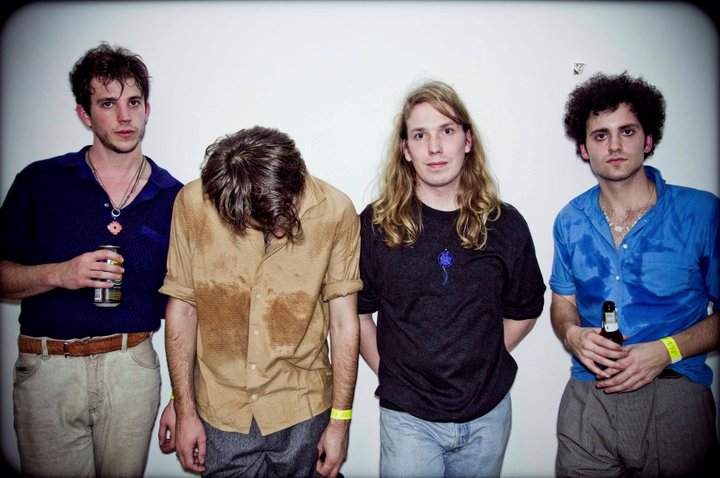 With just a demo and a one minute and 25-second single, the Vaccines have been getting a lot of attention the past few months from indie blogs and UK media. Although not quite yet flooding the indie/underground airwaves in the States, you best believe these boys have some ruckus to stir up in the coming year. And how about it all kicks off at the Satellite on Tuesday, January 25 for the Vaccines Los Angeles debut.

So how did this UK quartet garner so much praise by worthy opinions without an LP under their sleeves? Well for starters they have an awesome rock ‘n roll sound, throwing back to the days of 60s garage pop, yet holding up some wild and fast Ramones-punk-like tendencies. Aside from their rad sound, front-man Justin Young (aka Justin James Hayward-Young) already carried some clout and heartthrob status with his acoustic musings as Jay Jay Pistolet. Between those two tid bits and knowing the “right people,” the Vaccines are now signed to Columbia and share the same managers as Franz Ferdinand and the Kaiser Chiefs—sounds like a recipe for success to me. Regardless of their connects, their music speaks for itself. It’s raucously catchy and I hear their live act is just as good. I Guess Los Angeles will have to find out for themselves on the 25th!

Buy your $10 tickets to the Vaccines at the Satellite on January 25 via TicketWeb here!

The Vaccines’ debut album, What Did You Expect is due for release via Columbia Records on March 21, 2011. You can preoder the 11-track album here.

Latest tracks by The Vaccines

4 thoughts on “Hot Band Alert: The Vaccines at The Satellite (Formerly Spaceland) on January 25, 2011”