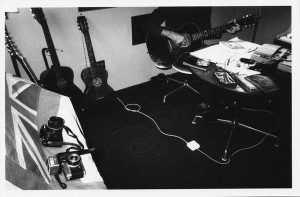 Last week we received news that one of our FAVORITE bands, the Kills had just finished their fourth soon-to-be-released album. Today the Kills announced that their forthcoming album, Blood Pressures, will be released around the world (except the U.S.A.) on April 4 and in the U.S.A. on April 5. The album features 11 tracks that were recorded at the Key Club in Michigan, with Bill Skibbe and Jessica Ruffins. The Kills also have some tour dates to announce! Stay tuned for further announcements from the Kills, but in the mean time check out some more info below on their new album Blood Pressures. 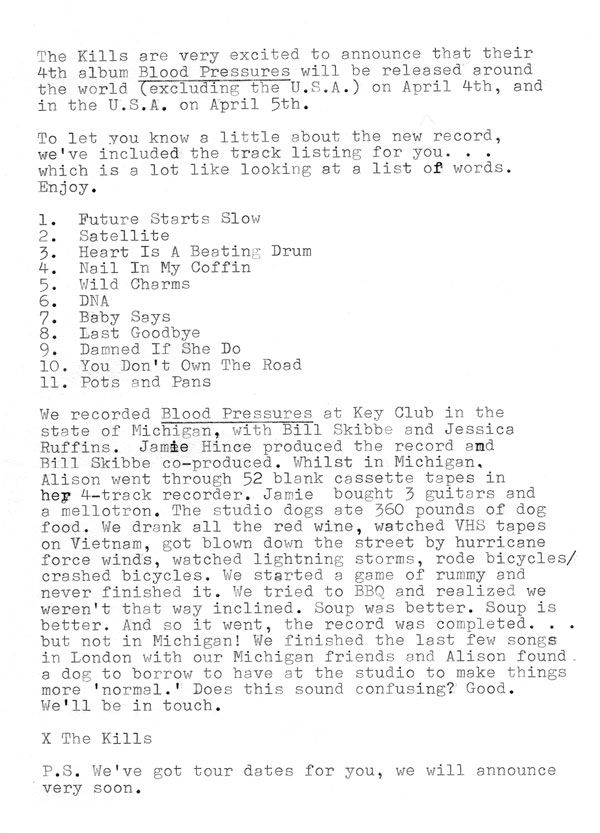