Although I’m a sucker for the swirling, textured psychedelic sounds of yesteryear, sometimes these hipster bands can really drench themselves in a genre that has been used more often than a Mexi hooker from Adelitas. San Francisco outfit, Young Prisms, have released their debut long-player, Friends For Now, and it’s full of all things psychedelic: from muffled vocals to fuzzy guitar riffs and echoing strings, Young Prisms remind me of all the lo-fi/shoegaze albums I listened to the past few years.

Yes, you’ll feel like you’re floating in an endless dream of hazy skies “where rocking horse people eat marshmallow pies.” You may even transcend back to that lulling acid trip you once had. Which ever way you experience it, Young Prisms have created an album that is definitely an interesting listen. Their 10-track debut is filled with aimless humming, lazy vocals and a surreal arrangement of sound. While the majority of the songs on their album melt together into one big hazy jam, track three, “Sugar,” strongly stands out above the rest. It starts off with their token dreamy vibe but breaks after about two minutes with some pulsating drums and bouncing vocals echoing God knows what. I really dig this track. The rest of the songs are very dragged out and are hard to differentiate from one another; perhaps an album I would doze off to or combine with my yoga routine.

Young Prisms are off to an okay start with their debut full-length but I hope they ween of that “slacker” attitude and put some serious elbow grease into their future work. 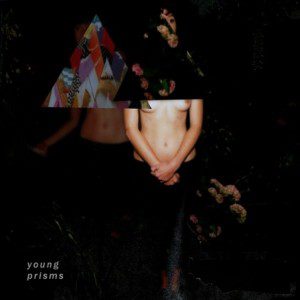