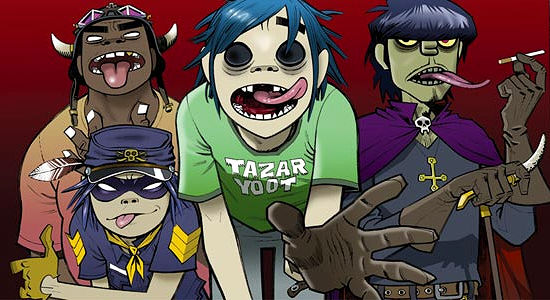 UPDATE: According the the Gorillaz Twitter: “Despite rumours to the contrary, Gorillaz are alive and well and misbehaving in London W10.”

Well there you have it, Gorillaz fans, thankfully it was all a dirty rumor (as we hoped for below). But you never know ….

According to People and Consequence of Sound (COS), the Gorillaz have also called it quits. In a short week we have received news that both the White Stripes and LCD Soundsystem have retired. The Gorillaz have yet to make an official statement about their break up, so this could all be hear-say (let’s hope), you know how them dirty tabloids can be.

According to the report, the Gorillaz 2010 world tour became “dogged with angry rows” and shortly after the band’s final performance, Albarn and his Gorillaz cohort, Jamie Hewlett, had a “massive argument” that “basically ended things.” Apparently, “things haven’t been great for a while, between Albart and Hewlett, with Hewlett said to be frustrated at ‘how much time Albarn was giving to his many other projects’ and Albarn was ‘less than impressed with Jamie’s party lifestyle.’”

3 thoughts on “Rumor Has It, The Gorillaz Have Broken Up!”