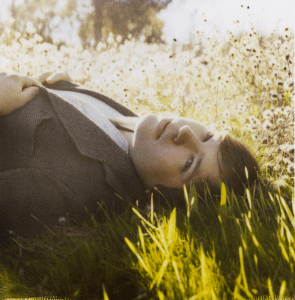 Papercuts may have a new album and record label, but their music is still the same, which should have fans on Cloud 9…literally. Fading Parade is a 10-track album filled with dreamy melodies, soulful chords, lovable beats and lyrics that are fit for love letters.

Papercuts’ fourth release beautifully showcases the group’s principal member Jason Robert Quever’s songwriting abilities (in addition to his talents of being able to play guitar, the organ and drums, as well as produce many of the album’s tracks).

Although categorized as “pop” music, Fading Parade is far from the norm of cheesy pop songs with ridiculous tempos that have dominated the pop world. Instead, Quever masterfully crafts a mellow atmosphere for listeners, putting them in a very tranquil state of mind.

By using a variety of instruments that include strings, autoharp, Mellotron, Moogs, 12-string acoustic guitars, piano, Echoplexes, analog tape and digital recording, Quever has embraced a gentler, more sophisticated approach to presenting “pop” that doesn’t want to make you gag in disgust.

Fading Parade opens up with “Do You Really Wanna Know,” which definitely sets the mood for what to expect throughout the listening experience. Beginning with simple guitar riffs that combine with Quever’s soft-spoken singing, which later mesh with finger-snapping beats, it’ll become one of your top songs on the album. “I’ll See You Later I Guess” is one of the album’s more melodramatic tracks that’ll go great to hear on a rainy, contemplative day. “Chills” gives you just that…but with a melodic twist you’ll definitely want to experience over and over again!

“White Are the Waves” provides a pretty low symphony that almost puts you in a trance-like state of mind, where you’re lost in your own thoughts, while “Winter Daze” is more of a folky, piano-driven track you’ll want to have on repeat.

In all, Fading Parade is one of those albums you’ll want to listen to after a hectic day, when you want to relax and just think of absolutely nothing since Quever’s melodic creation does all the thinking for you! 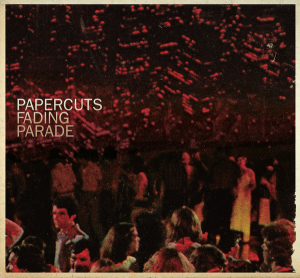