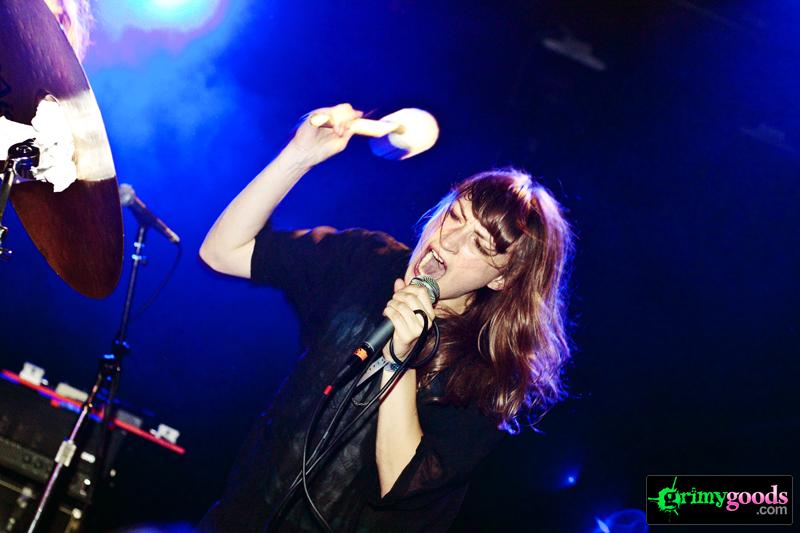 Back in October we had caught an extraordinary performance by the British three-piece, Esben and the Witch. The band had opened up for fellow Brits, Foals, at the El Rey Theatre. Their dark and haunting sounds really took us by surprise and completely intrigued us. With foreboding drums and discordant vocals, they’ve mastered a shadowy, nightmarish sound that would probably fit the soundtrack of walking down a dark alley right before an attack. The drumbeats are menacing and Rachel Davies’ voice echoes with an almost animalistic, haunting despair.

Esben and the Witch are touring in support of their debut LP, Violet Cries. The band will return to Los Angeles with a headlining show at the Bootleg Theater on Tuesday, March 22, 2011. Tickets are only $12 and can be purchased online via Ticketfly. The show is open to those 21-and-over.

Buy your tickets to Esben and the Witch at the Bootleg Theater here! You can stream Esben’s entire debut album here.