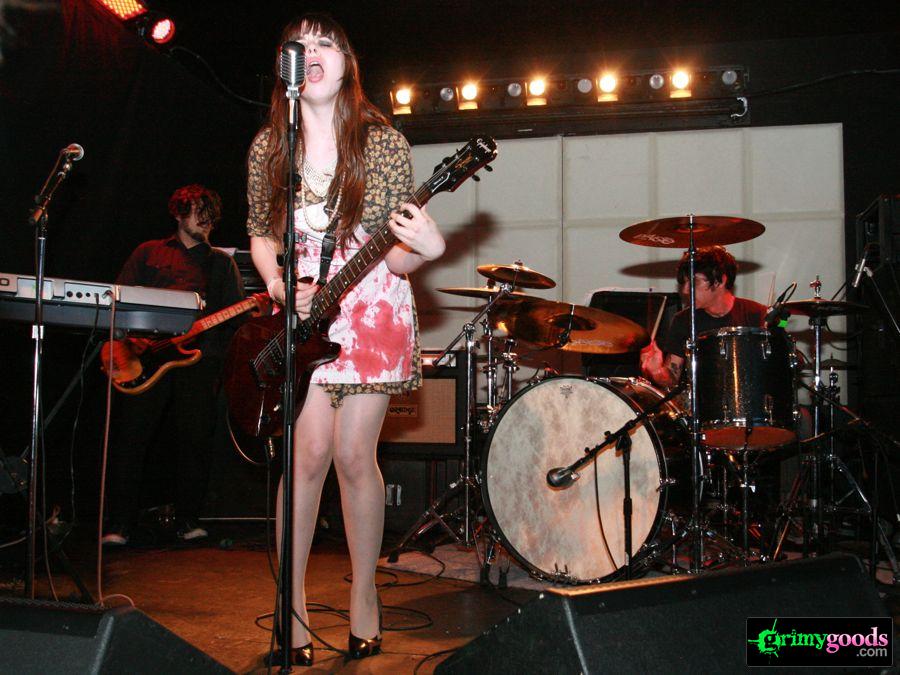 On Friday, March 16, 2011 fans of garage punk were treated with both a legend and a relative newcomer, demonstrating how the genre is changing, yet essentially remaining the same. Le Butcherettes, led by Teri Gender Bender, opened the show at The Echo with a short, wrenching monologue, her eyes wide and her voice strained. Decked out in a bloody apron, the brown-haired vixen let loose a wail of suffering while the drums rolled, the keys flared, and the heavy bass thrummed. Teri resembles a woman possessed, clearly pouring her heart and pain into her music, her body rocking like a marionette whose puppeteer is on speed. Throughout the show she demonstrated her talent at variation, with some songs playing guitar, others playing keyboards, and sometimes no instrument at all, letting her raspy yet attractive voice be the primary focus.

Also in the band is drummer Gabe Serbian (who has done work in noisecore/grindcore acts such as The Locust and Cattle Decapitation). For anyone who is interested in drums, watching Serbian is quite thrilling. His variation of brutal beats and random technicality accompanied the rest of the music with a harmony that was unexpected, yet embraced. Teri made an excellent choice when she recruited him back in 2009. 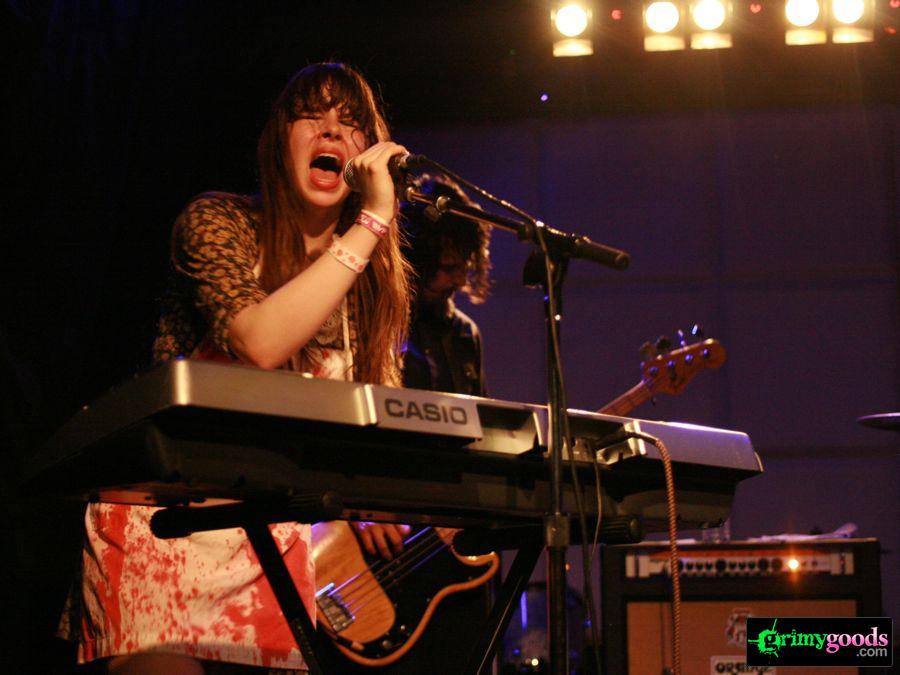 A few songs easily stood out during the show. “Bang!” is a short, yet frantic song that shows the true musicianship of the band. The jerky shouts of Teri mix fluently with the barrage of drums that Serbian puts forth. This song more than most got the crowd moving, with heads banging and toes tapping. Another song featured keys similar to pipe organs, reminding this author of a modern day Munsters theme song. The differences in the sound throughout their songs made a set that forces listeners to remain on their toes. “All You See In Me Is Death” was a song that seemed to hit close to home for Teri Gender Bender, her voice straining with emotion, and her shouts coupling anger and sadness. Clearly, this was a crowd favorite.

The sound of Le Butcherettes wasn’t the only highlight of their show; truly, the stage presence of Teri Gender Bender is awe-inspiring. She has a raw, animalistic sexuality about her that captivates both male and female fans alike. During multiple songs, she stage-dived, seemingly out of nowhere, once landing on this author, and another time landing on the editor of this Website (seriously, just ask her!)

Their performance, in short, was a cacophony of anger, passion, and discordant sound, all of which made for an exciting set. It would be the opinion of several audience members that they stole the show. 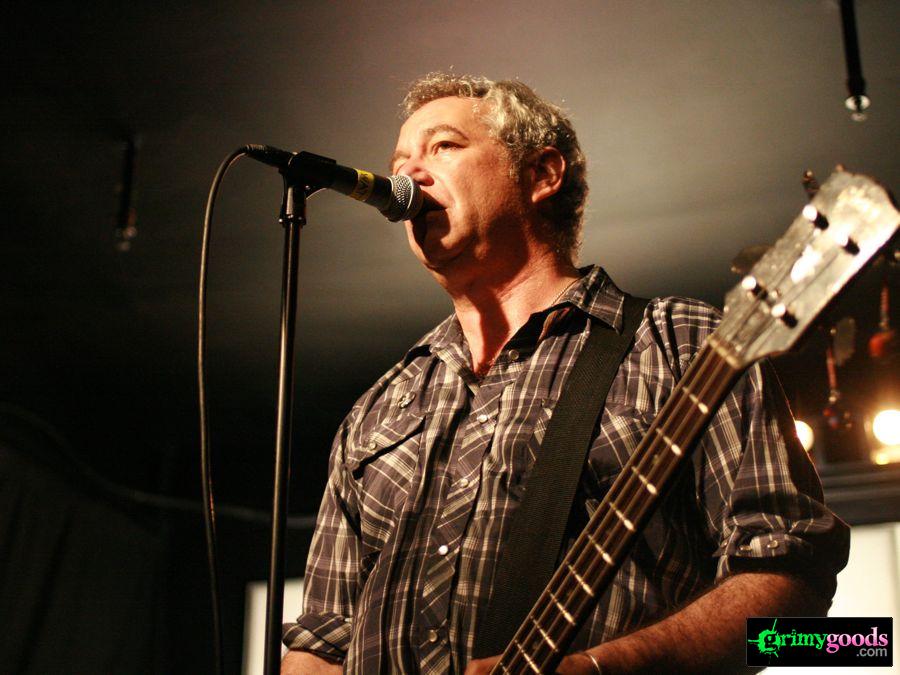 However, that doesn’t mean that the headliner of the evening, Mike Watt and the Missing Men, weren’t any good. On the contrary, this legend of garage punk showed that he still has what it takes, as well as demonstrating how many bands probably take influence from his work. Sounding like Metallica in their earlier days mixed with Primus once they hit sixty years of age, Mike Watt knows how to use his coarse bass and voice (think of Lemmy from Motorhead) to croon his way into people’s hearts. While his bass playing is not overly technical, it still shows that he knows his way around the instrument. The trio showed a definite musicianship, with the guitarist joining Watt in melodic singing during numerous songs. The group has a degree of energy equivalent to those decades younger than them. Though they didn’t jump around like hyperventilating maniacs (perhaps due to Mike Watt wearing a knee brace), a certain resonating quality surrounded them, and the crowd easily felt it.

Throughout their set, performance artist, Norton Wisdom (also tours with Nels Cline) was behind the band, swirling different colored paints onto a large easel. One moment, it would just be a mass of paint with no discernible picture, then it would suddenly be a man impaled, then a large question mark, then birds and trees, and so on. The pictures would change every other minute, with the artist only using basic tools (such as a sponge). Though a bit eclectic, it certainly fit the band, and made for an interesting visual aspect to their show.

Mike Watt has certainly kept the garage punk tradition alive. While some might’ve thought that Le Butcherettes stole the show, the sheer amount of people there for Mike Watt provides evidence against this. Still, with newer bands like Le Butcherettes taking inheritance of the genre, any fan of this music would have immensely enjoyed this show. Recommendations run high.

Set List (Le Butcherettes)
Tainted In Sin
Tonight
The Devil
New York
Six More
Leibniz Language
Breathe
No One
Dress Off
Henry Don’t Got Love
Bang!
All You See In Me Is Death
Finger
Notebook 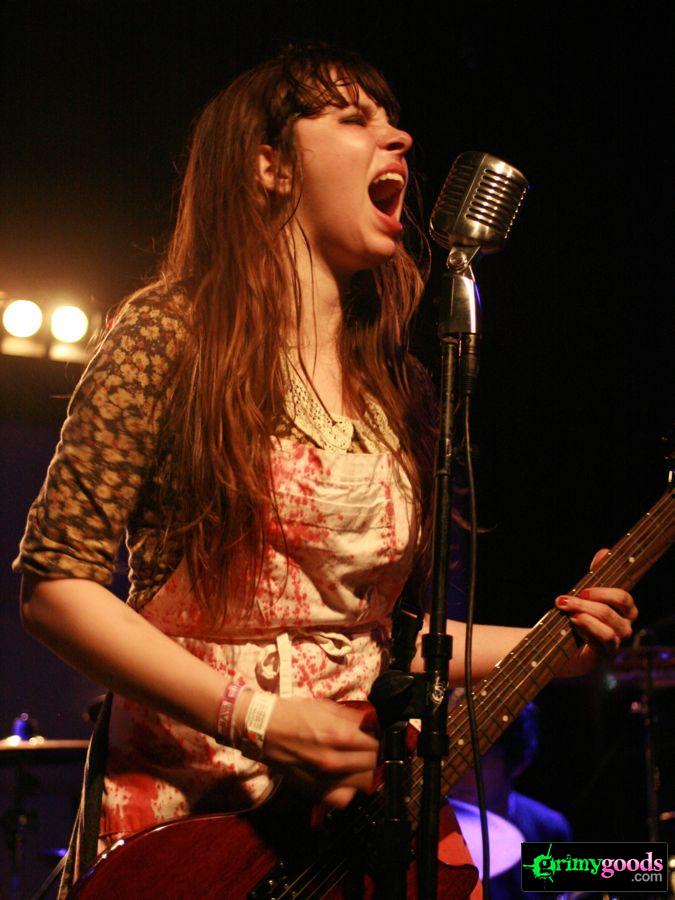 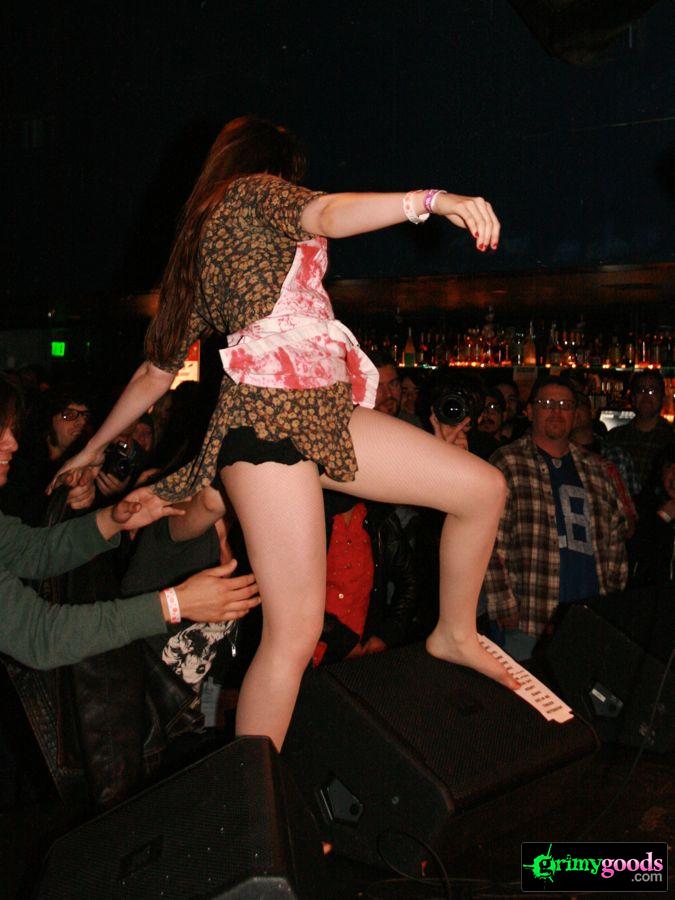 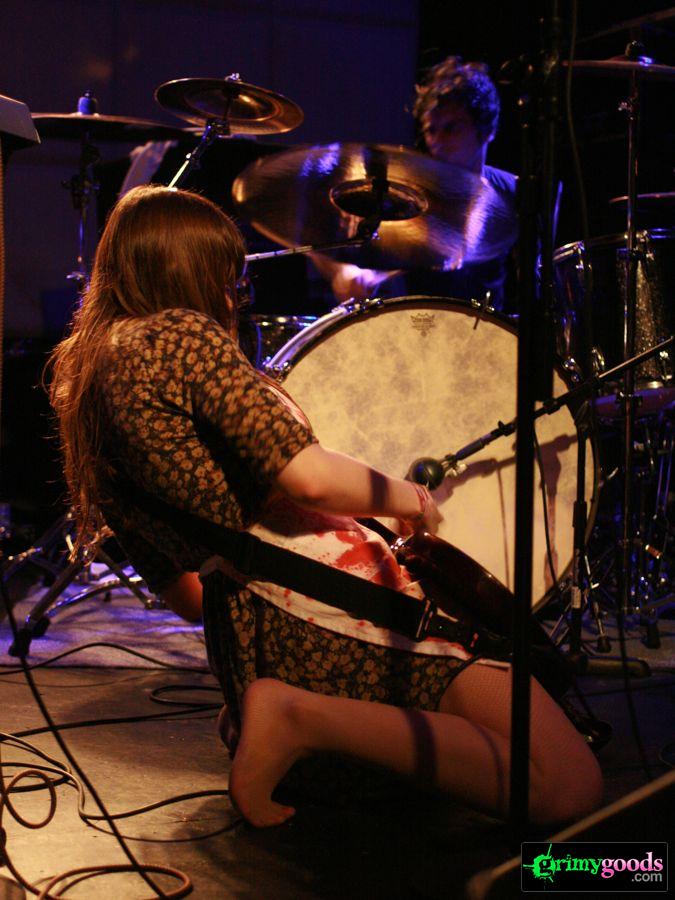 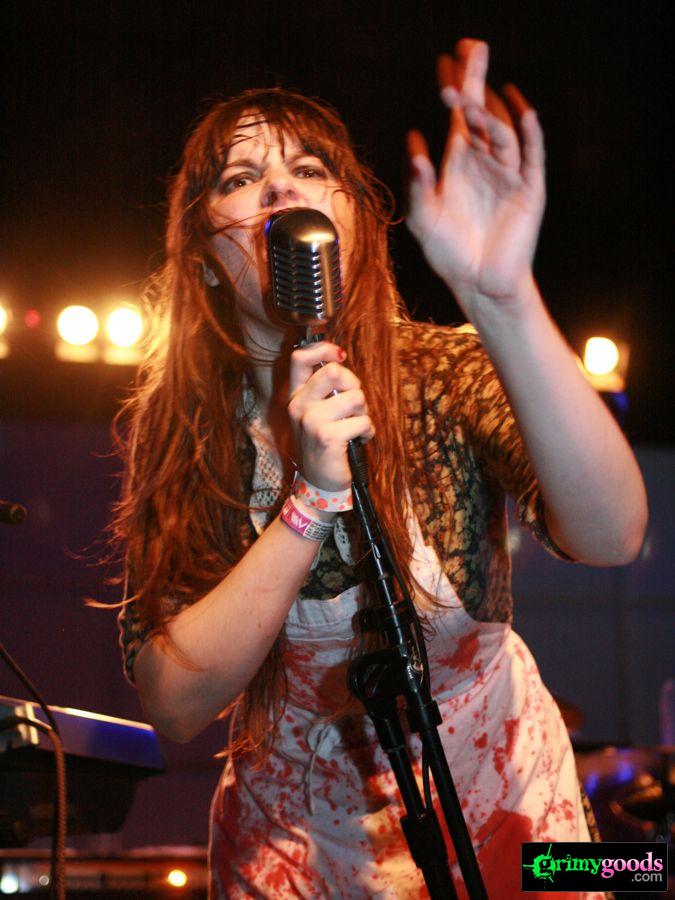 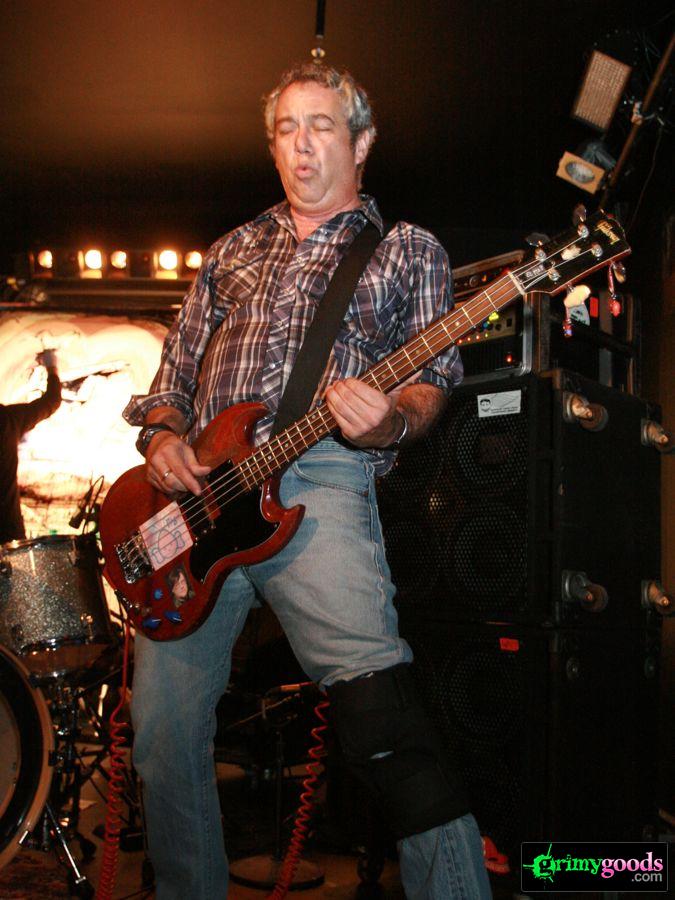 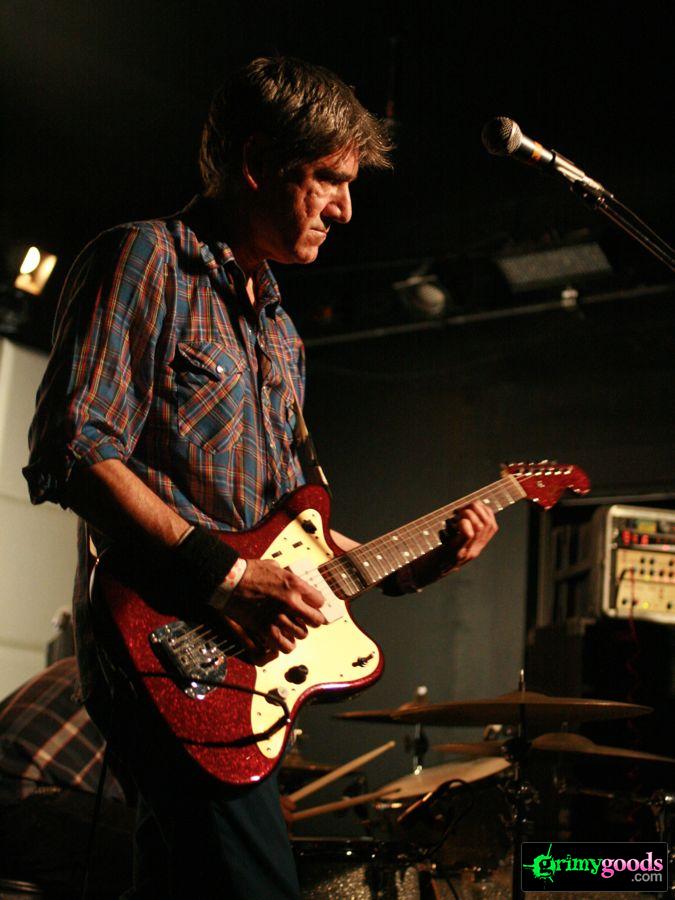 Click through the photo gallery below for more photos of Mike Watt and The Missing Men with Le Butcherettes!