So we all know that SXSW just went off in Austin, but before the madness ensued in Texas, the Echoplex wanted to give us unlucky Angelinos who wouldn’t be able to make it to the AWESOME music-filled week a little treat with its SXSW Kick-Off Party featuring Miami Horror, Chapel Club, Superhumanoids, Geographer, Polock and DJ Franki Chan on Saturday, March 12, 2011. Thank you Echoplex!

Getting there just in time to hear Geographer close out their set with my favorite song of theirs, “Kites,” I was a bit disappointed but at least I got to hear only what has to be the sweetest song ever! The place was already packed for the sold-out show, which always makes for a great night at the Echoplex. It’s a venue that pretty much has a great set-up for seeing your favorite bands in a very intimate way. The sound quality never disappoints, as well.

So after hearing Geographer close out their set, it was time to wait for the Superhumanoids, which really translates to a trip to the bar and some time to scope out the place and its peeps. The 18-and-over concert had a wide mix of people, something you’d expect from such an eclectic bill…but that’s what made it fun! Everybody was down for some good tunes, with many saying their ultimate faves were Miami Horror (mine, too!).

Finally, Superhumanoids were up. The L.A.-based foursome provided fans with dreamy pop tunes mixed with electro-bass beats over ’60s-inspired harmonies. My favorite tune was “Mirrors,” which totally kicked ass and showcased the amazing voice of keyboardist, Sarah Chernoff. Another notable jam was “Palm Springs.” It begins upbeat with synths right in your face until you hear Sarah’s angelic voice that just soars above those hard-hitting beats. The crowd dug them and after sparking up a conversation with a few concert-goers, they admitted that prior to the show, they didn’t have a clue who the Superhumanoids were, but will now be following the quartet.

Next up was Chapel Club. Not too familiar with their music, I got a very White Lies feel to their songs, which is what many next to me were saying. I also felt some Smiths/Morrissey vibes from them. Their music was very dark, filled with sharp hooks and melodies…basically indie rock at its best I would say. “Bodies” really sealed the deal for me with his melodramatic down tempos, while “All The Eastern Girls” was quite a fun song and a bit faster, which really got the crowd going. I loved it when lead singer Lewis Bowman shouted out, “We’re from London,” in his heavy accent (did I mention, he was quite a hottie!).

With only one more band to go, everybody anxiously waited for the headliners, Miami Horror, to take center stage. As the main reason for many attending the event, mad hollers and cheers echoed the room, as the band got ready to provide the MOST AWESOMEST performance ever! People were dancing everywhere as they performed a variety of songs off their album Illumination. The Melbourne-outfit incited a wild dance party through their entire set. Known for their disco-inspired beats, their live performance totally proved how much of a true band they are and exposed the musicianship of producer Benjamin Plant. Their song “Sometimes” was everybody’s favorite as the crowd wooed once they played it. “I Look To You” was another hit and totally made the night complete for me. They were my main, main reason for wanting to check out the event and they didn’t disappoint in the least, as many were heard saying, “what a f*cking amazing show that was.”

Even though the night comprised of bands that had totally different styles and sounds, they all seemed to go well together, making for a really great show. 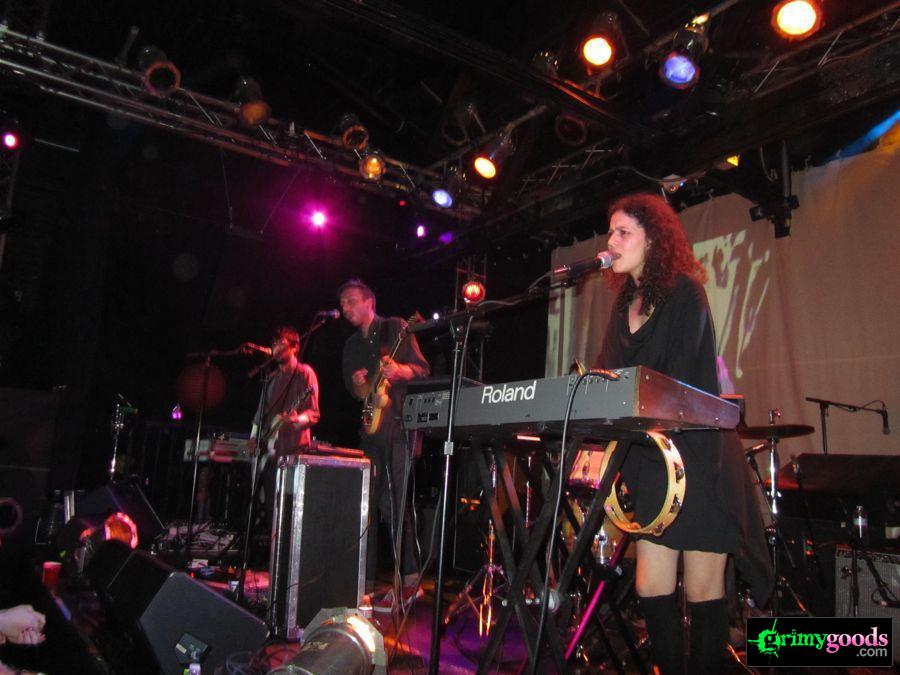