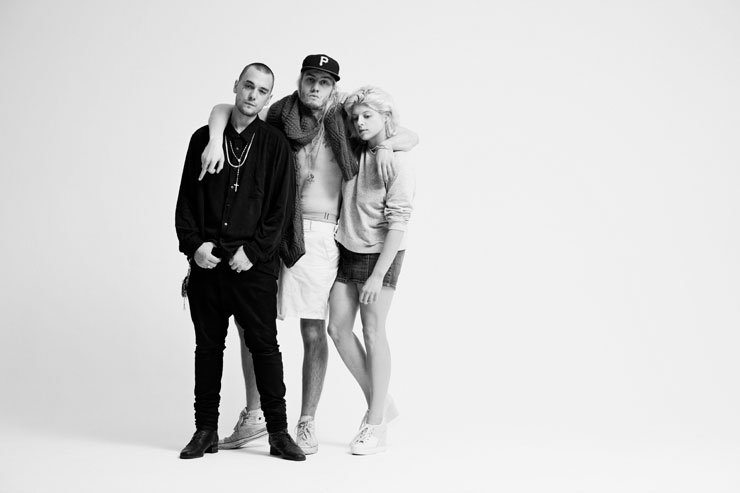 Usually I’m all for mixtapes, but wasn’t exactly digging SALEM’s Mother Always – Check Yo Ponytail Mixtape. The mixtape was especially made for their fist headlining performance in the City of Angels at the Echoplex on Tuesday, March 29 for CHECK YO’ PONYTAIL 2. Also performing will be Asylum, Gatekeeper, The Present Moment, Killing Spree DJs and Franki Chan.

Previous CYPT artists have included: Justice, Boys Noize, Erol Alkan, Matt & Kim, Diplo,Crystal Castles, Simian Mobile Disco, The Horrors, MSTRKRFT, Ok Go, Surkin, Heartsrevolution, Dan Deacon, The Toxic Avenger, Spank Rock, Switch, Bonde Do Role, MEN. After checking this list, I gave the mixtape a second chance but it still didn’t grow on me. I just couldn’t get through the droning sounds that made me feel as if someone was getting tortured.

These house propagators categorized their mixtape as “witch-house,” which at first intrigued me, given I LOVE house music. But once I heard the mixtape, I realized it was an entirely different sort of house. It’s actually really hard to put Salem’s mixtape, or music for that matter, in a particular genre ’cause I don’t even know what the hell it is. Starting out like special effects that would be played in a Halloween horror house, I thought for sure it would pickup somewhere in the 26-minute mixtape, but to my disappointment, the horror-like effects continued. It was definitely very dark and gothic-like but on an electro trip. The mutilated and severely warped samples of music by the Smashing Pumpkins, Cam’ron, Swans caught my eye, but didn’t impress at all given you could barely recognize the songs.

After doing a bit more research on SALEM to find more about the group who mixed such scary ass tunes, I found that their music is also considered to be “doom-crunk,” “crunk-gaze,” and “heroin-wave” music. Still trying to understand the last one, genres are a bit too crazy (and silly) these days.

Comprised of Michigan natives Heather Marlatt and John Holland and Chicago-based Jack Donoghue, the trio actually keep mum on their music, leaving it open for creative interpretation, which, to me, means they don’t even know what to call their creations. In the same turn, it’s a very artistic way of going about it. The best way I would describe their music to someone would be: dark, ghostly, frightening and, of course, unique. They are no ordinary band…that’s for sure.

I’m all for discovering new bands, music and whatnot, but SALEM’s mixtape wasn’t exactly the type of “house” I usually dig. But hey, if you’re down for gothic, effect-based jams, then SALEM is all for ya! It’s not gonna hurt to try them out and a free mixtape download (get it here) is always good stuff and a great way to test out SALEM’s vibes for yourself. But before you give the mixtape a listen, be sure to check some of their original pieces of work. I find them far more appeasing than than any track on Mother Always. Mixtape aside, their tunes are pretty vibrant in a surreal way. 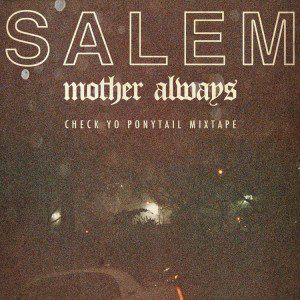