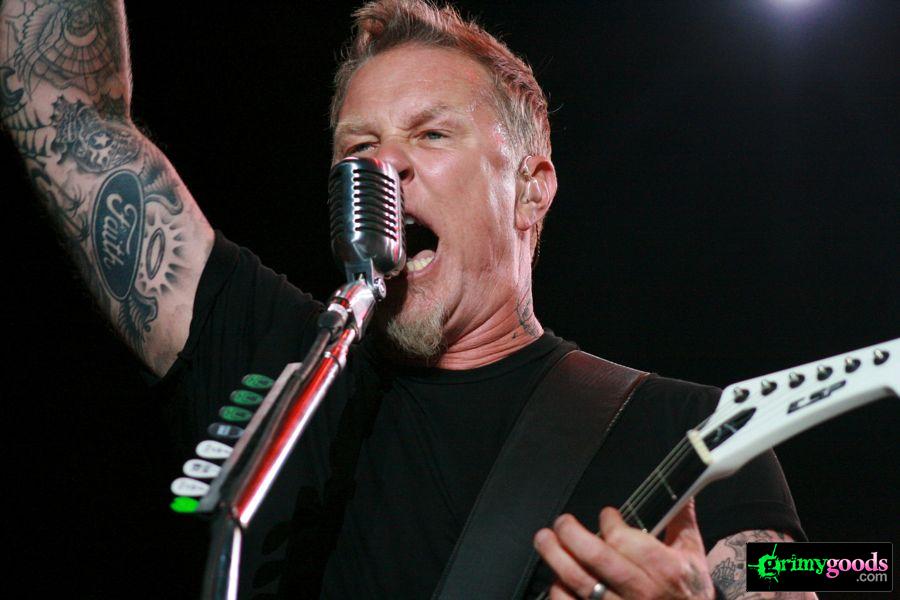 With just a week after Coachella, the inaugural Big 4 Festival made its way to the Empire Polo Fields trading out a  horde of hipsters, posers and celebrities for some die hard metal fans of all shapes, sizes and colors. Bringing together four of the most legendary heavy metal acts; Metallica, Slayer, Megadeth and Anthrax played to a sea of head-banging fans. Although the crowds were no where near the massive packed clusters that spawn at Coachella, the Big 4 was a festival for just straight up music—and that music came in the roughest of packages. There were no fillers, side shows or lame celebrities going just to be seen. It was a music festival of the realest kind that weeded out any novelty-goers. From old folks, biker dudes, beautiful girls and the occasional hipster, there were a variety of people in attendance thus throwing out the ignorant stereo-type that only long-haired bearded weirdos enjoy metal. Granted, I did see my fair share of long-haired bearded weirdos, and not all of them were men!

Anthrax kicked off the Big 4 at 4 p.m. and played a good hour of hard riffs that we skipped out on. What can I say? Sometimes poolside micheladas can really delay your Big 4 experience. We did however make it in time for Megadeth’s set. Seeing Dave Mustaine thrash it up on stage was pretty epic. Dude looked exactly the same as though he hadn’t aged with his wild blond mane and powerful vocals. Opening up with “Trust,” Mustaine took the stage with his double headed flying V! Taking the token heavy metal guitar up a couple notches, he made a very impressive intro. The highlight of Megadeth’s set, at least for myself, was hearing their hit song “Symphony of Destruction” blast out through the festival as they thrashed out on the stage before us. The song came out when I was in jr. high and I still love rocking out to it.

All hell broke loose the moment Slayer took the Big 4 stage! Of all the four acts, Slayer fans seemed to have rocked out the hardest. Kicking off with “World Painted Blood,” fans rushed the front lines with their fists in the air. Chaos ensued as massive circle pits began to take their place amidst the sea of fans. While backstage, I saw a couple dudes get rolled out on stretchers and they were some big boys too! It goes to show that even the biggest Slayer fans can get pummeled in the massive pits. Songs such as “Angel of Death” and “War Ensemble” were a favorite of mine to see live. It was insanely epic watching Tom Araya and Kerry King tear shit up! The only downer was not having the full Slayer battalion in attendance. Guitarist, Jeff Hanneman was absent for this historical day of shred. Apparently he was recovering from surgery on his arm due to a spider bite … weird. Regardless, who ever was axing it up in his place really did a stand-up job. 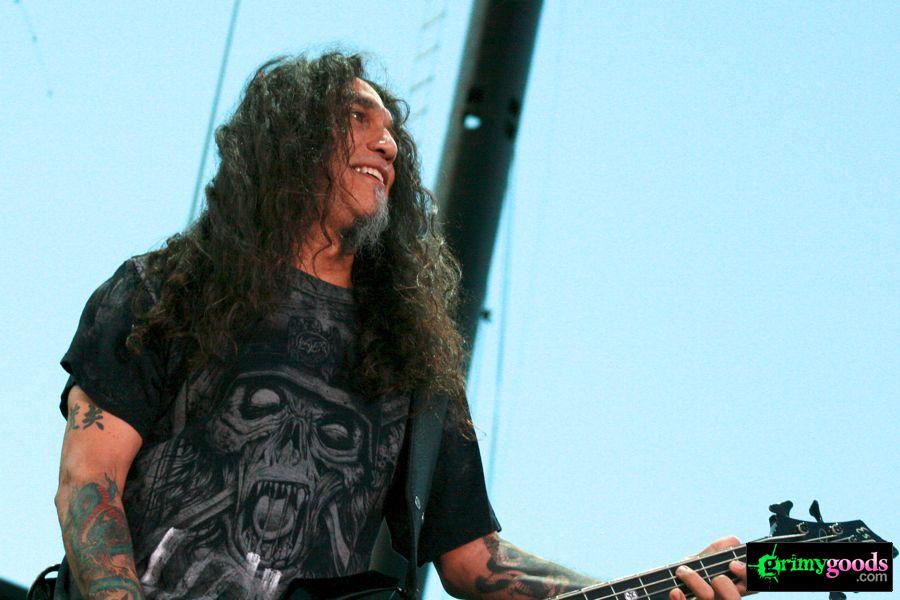 Closing up the Big 4 with almost a three-hour set, Metallica absolutely ruled. The last time I had seen Metallica was in 2006 at the Download Festival in England. Back then they played the entire Master of Puppets from start-to-finish. At the Big 4 we heard just about every great Metallica song created including a huge sampling from Master of Puppets. I was fortunate enough to witness Metallica directly on stage with lead guitarist, Kirk Hammett right next to me. Yes, it was insanely out-of-this-world epic especially considering they played an amazing collection of songs such as; “Welcome Home (Sanitarium),” “Orion,” “For Whom the Bell Tolls,” “Seek and Destroy,” “Fade to Black” and so many more. Aside from Metallica’s superior showmanship, they also had some crazy pyrotechnics and fireworks going off through out their set. It was like a heavy metal fourth of July! Their performance was one-of-a-kind. I feel bad for any Metallica fans that couldn’t make it to the Big 4 because this may have been one of their best concerts ever. But don’t worry, I have a feeling they’ll be touring real soon.

As the grand finale of the Big 4, all four bands came out on stage and played a cover of “Am I Evil.” Putting any ancient beef aside (Mustaine/Metallica) they all seemed to share a radiant camaraderie on this historical night of metal. On stage and off, smiles were a plenty and hands were raised in the air as the men all rocked out together for one last song. 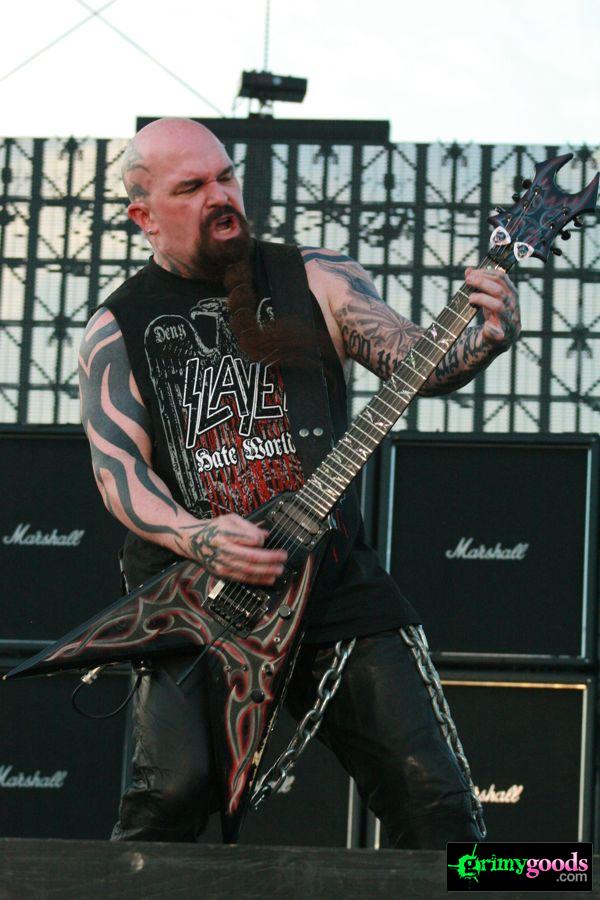 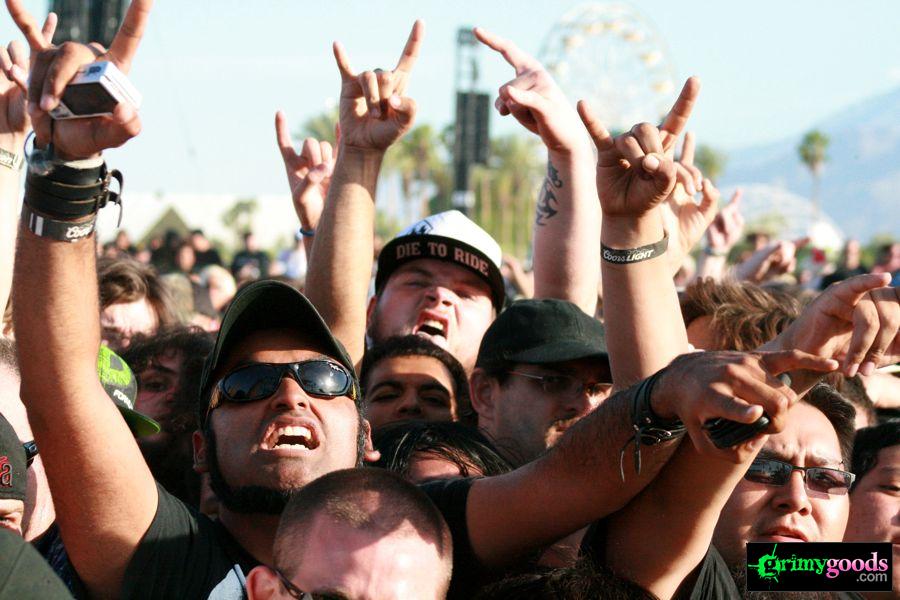 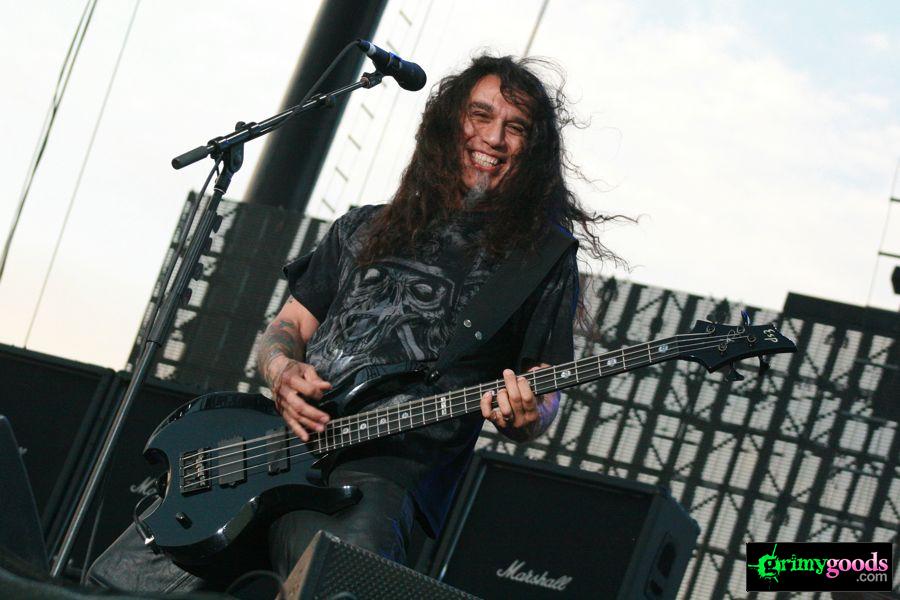 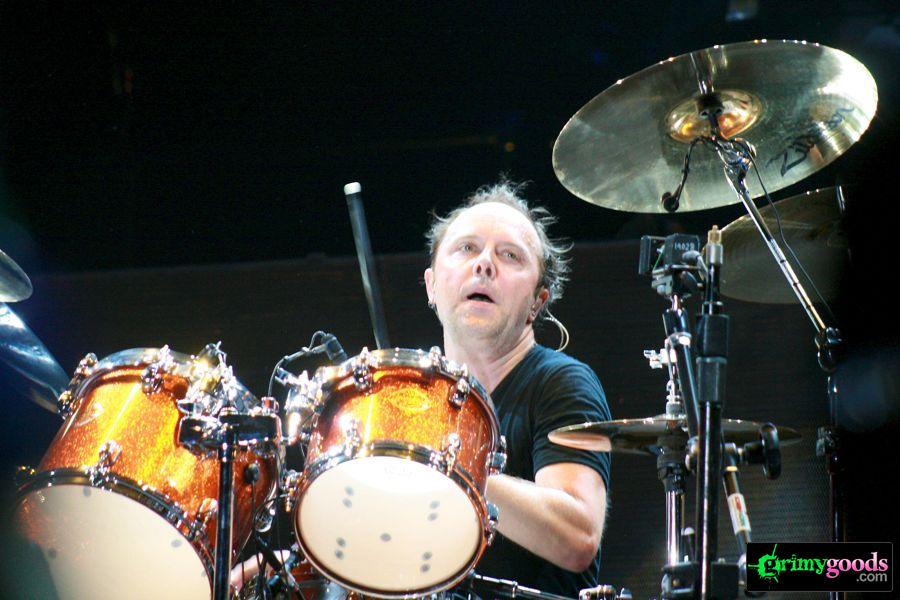 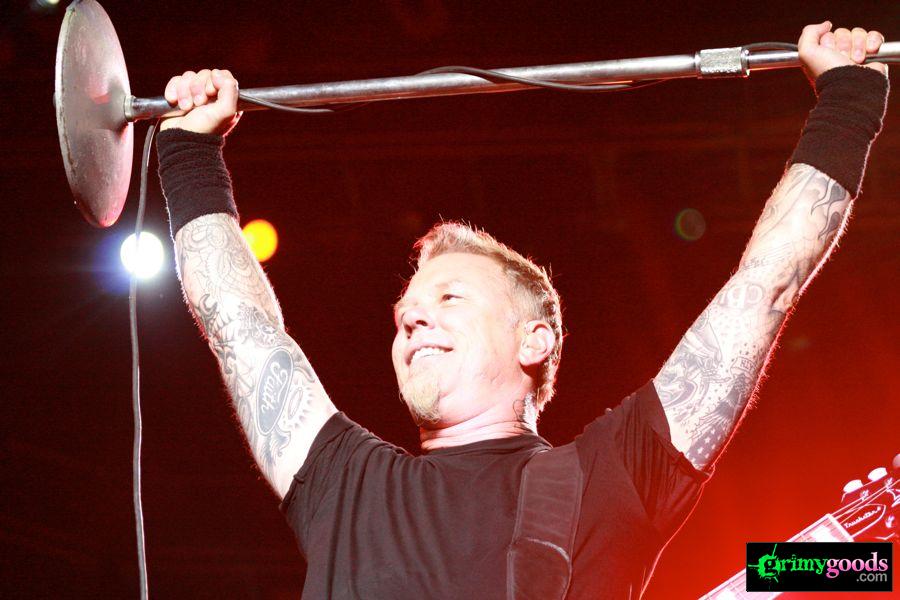 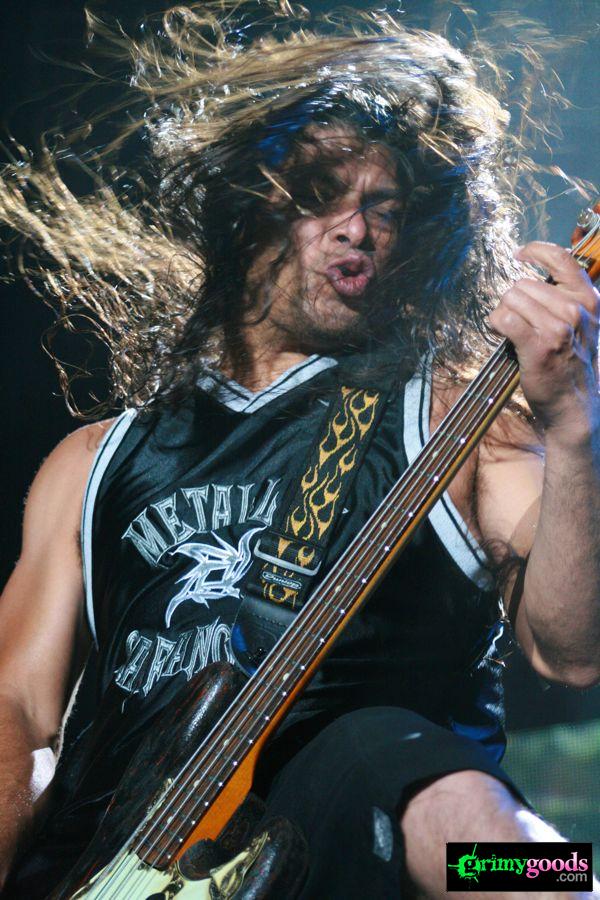 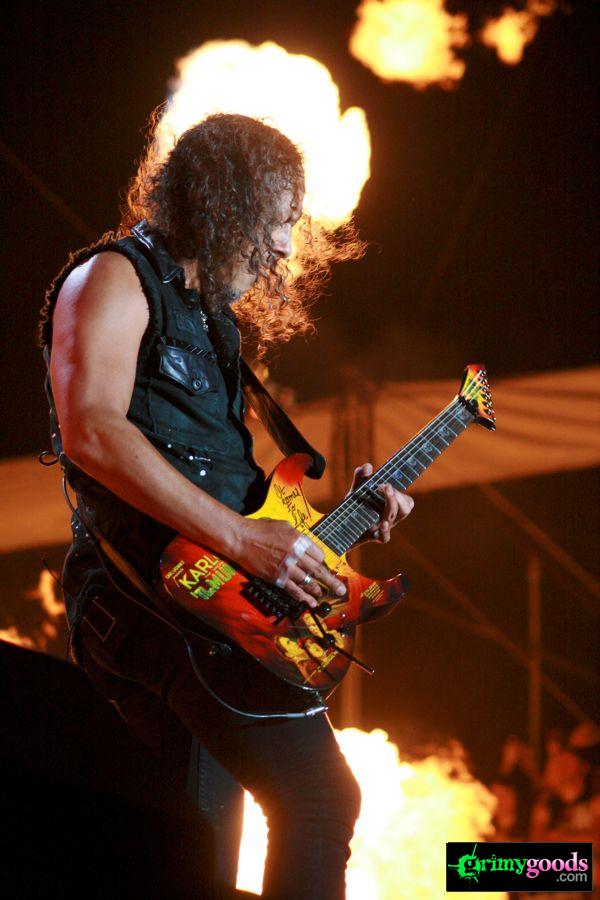 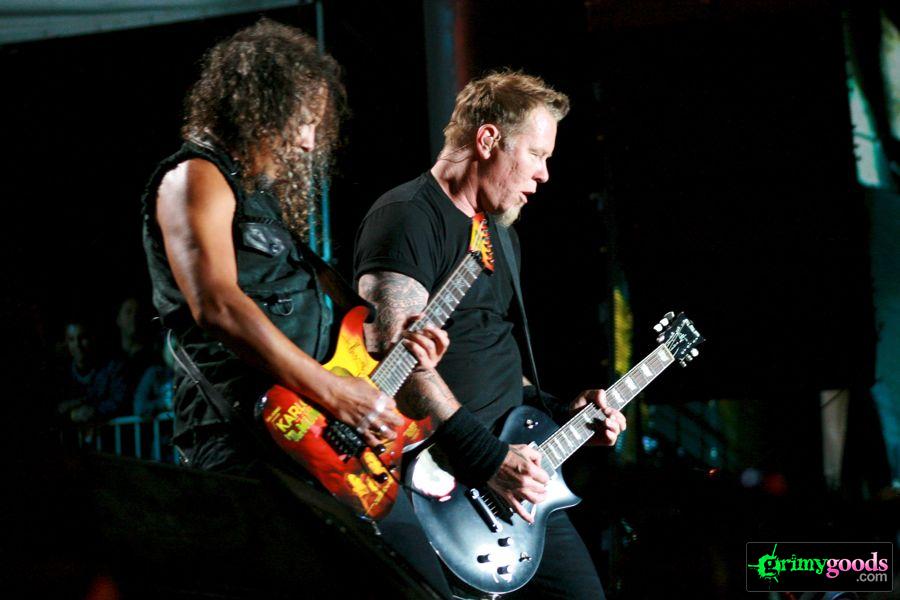