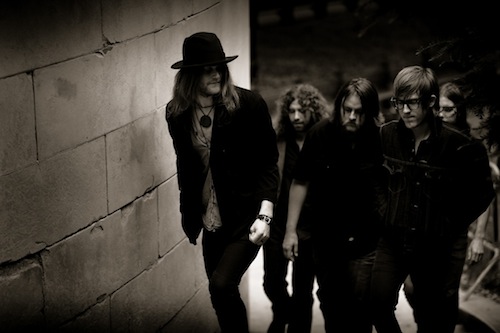 Alberta Cross are some seriously dope shit and we’re stoked to hear that they’re hot British accents have moved all the way from New York (by way of London) to make our grand city of Angels their new home. To celebrate the move, Alberta Cross will be playing a Tuesday night residency this May at one of our favorite venues, the Satellite. In anticipation of the late summer release of their new record, the band will debut new songs, as well as perform songs from their kick-ass album, Broken Side of Time (ATO Records).

You must have a Twitter or Facebook to enter the contest. First make sure you’re following Grimy Goods on Twitter here and/or “like” our Facebook page here. We’ll pick winners at random on Tuesday night, May 3. The winners will be direct messaged on Twitter or contacted below their contest entry comment on the Grimy Goods Facebook page. Winners will have until noon Wednesday, May 4 to claim their win or the tickets will be forfeited. To increase your chances, enter the contest both ways!

Via Facebook: just leave a comment on the Grimy Goods Facebook page telling us why we should hook you up with these tickets!Be sure to mention Alberta Cross so we know which contest you’re entering!

For more cool shows coming up at the Satellite, click here. To enter other Grimy Goods contests, click here.