Were you at the sticky hot Hootenanny this past weekend, July 2, 2011 at the Oak Canyon Ranch? It was a hot one! With dual stages pounding out bands one-right-after-the-other, fans were graced by the wild sounds of Murder City Devils, Swingin’ Utters, Dropkick Murphys, Super Suckers and many more. All the bands we caught did a fantastic job, but we have to give it up to Murder City; they pretty much murdered it! “Boom Swagger Boom” baby! It was also nice to see a sweaty hot Spencer out and about talking to fans and taking photos with them after his amazing set. He sported our photographer’s girlfriend’s captain hat for the better half of their set. I don’t think she’ll ever wash that hat again. It has some epic Murder City grime on it!

Music aside, the Hootenanny also featured some of the raddest hot rods, sexy pin-up models and plenty of booths showcasing some of the finest rock ‘n roll apparel and accessories. One of our favorites was the adorable pin-up fashions of Romantic Rock Designs! Ladies, check their goodies out! Super hot!

Although the weather felt like a humid 90 degrees, the misters adorning the main stage crowd kept fans cool and stanky. Perhaps all the humidity combined with sweat (especially man-sweat) created an unusual pungent odor. I don’t think too many cared or noticed for that matter, with beers flowin’ a plenty and hours of live music on end, the Hootenanny was a hoot-and-a-half. Be sure to make it next year. It only gets better and better! 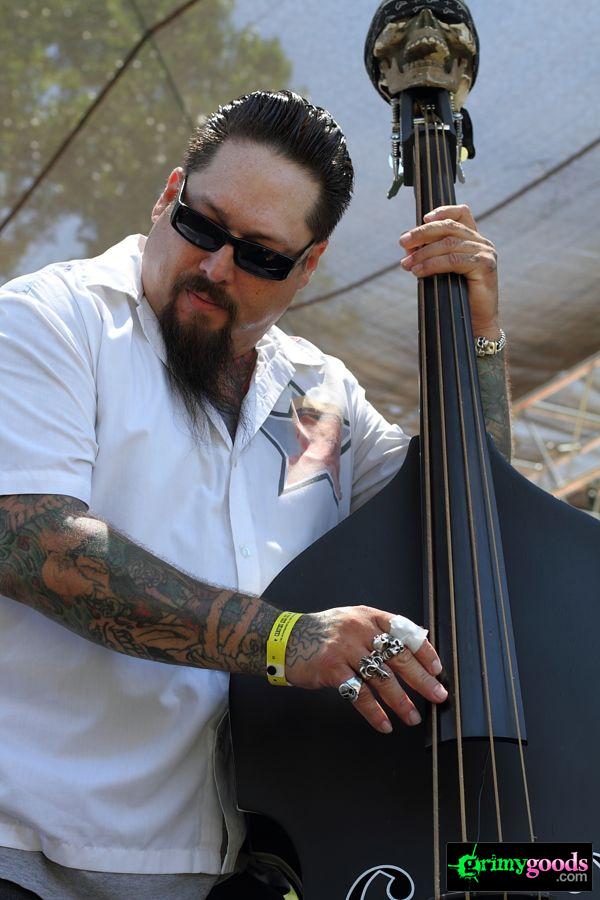