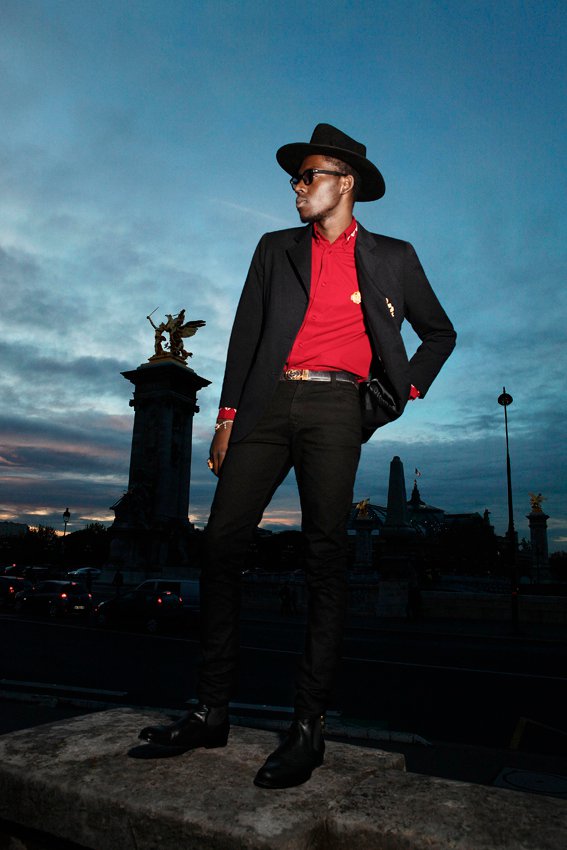 The highly anticipated debut release from Brooklyn’s Theophilus London lives up to the hype — and then some. Totally exceeding expectations, London’s album title is even on point! There’s no denying that Timez Are Weird These Days, and he perfectly sums up this point in one eclectic, yet amazing, 11-track album. With hip-hop at its core, London seamlessly transverses various genres within his tracks fusing rock, electro, indie, new wave, pop and more, creating an album that has something for everyone.

His shows have been selling out everywhere and why wouldn’t they? With talents to smoothly spit out a slick rap one minute, than bust into a chorus the next, London is ushering a new era in music and whatever it is, sign us all up.

Seriously, each track on the album begs for attention, but we’ll provide a bit of roadmap and let you experience the full thing on your own (if you don’t, you’re missing out on some authentic sh*t … don’t sleep on it!).

Theophilus takes the opportunity to formally introduce himself to listeners on the first track, “Last Name London,” which starts off with this retro backbeat before becoming an electro-infused, rock-laced jam. And that’s not even including his lyrical prowess that hits you like a smack in the face with whimsical images. “Love is Real” has this retro feel to it as if it should have been made in the late ’80s thanks to its new wave synths, alluring chorus and sort of epic interludes that flow in-and-out throughout the track. Definitely one of my “must rock again and again” tunes.

“Why Even Try” is soooo ’80s-inspired. Its video game-like synths and bass grooves are addictive. It has that chill, too-cool-for-you vibe that’ll put you in place thanks to London’s smooth rap that seems to glide on by. “Girls Girls $” is pure booty-shaking sh*t. Its rock guitar riffs interweaved with synth-pop electro and what seem like spacey backbeats makes for a great party track.

From start to finish, Theophilus London’s Timez Are Weird These Days has swag for days! Yup, it’s that great that you need to stop reading this and go cop it on iTunes, play it on Spotify or get it from your cool friend who’s already on top of it and snagged a copy…’nuff said. 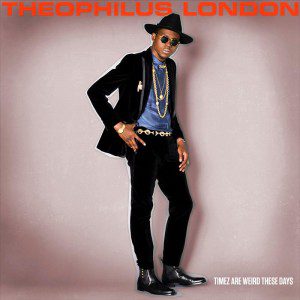