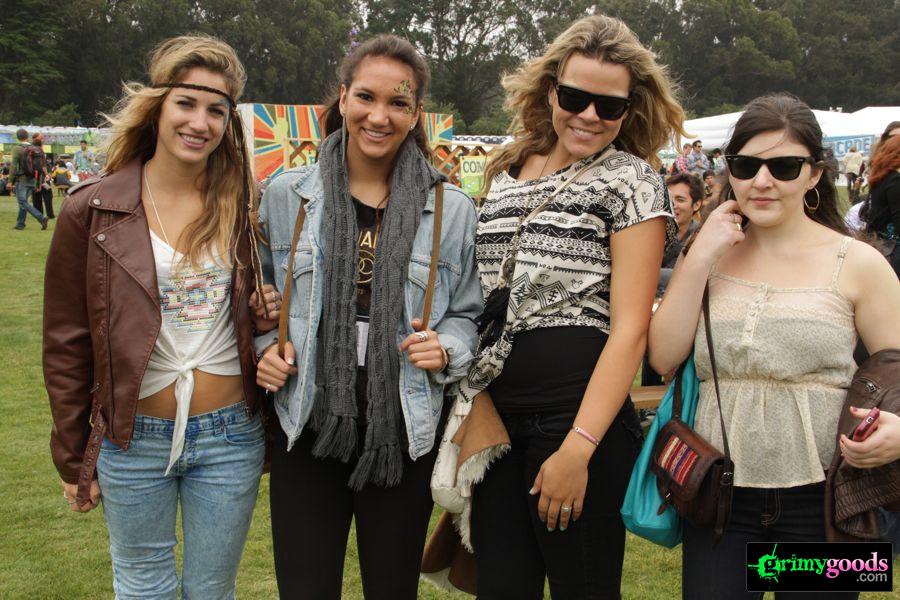 This past Friday August 12, 2011 was day one of Outside Lands Music Festival in San Francisco. It was an experience for all the senses. With the scenery set as a beautiful gathering in the crisp pine-filled air forest of towering trees in Golden Gate Park, I felt like a little tree fairy.  Upon arrival at the massive park, we easily found our way to the media check-in. It was well organized with hardly a five-minute wait to get our media wristbands from will call, and then we easily walked in.  Not waiting in long lines keeps the masses in a great mood which is a good start for any event.

After entering we hiked through the woods to the main stage area to the press tent.  We spent the first two hours interviewing bands before we were able to explore.  Finished with the interviews, I wondered away to see Foster The People who were already in the middle of their set.  The space was packed with an enormous crowd which is great for them, but was bad for me.  I couldn’t squeeze my way into the crowd so I just decided to make it to the MGMT set early.  On my walk back to the main stage I discovered a nice little surprise.  Some of the bands that were scheduled to play on the bigger stages were also playing in the Free Yr Radio Tent.  These performances were smaller, more intimate and casual.  It seemed that most of the festival goers didn’t know about the tent as it did have the look of a vendor area because their sponsor Toyota, parked a Prius inside of it. However, this made it feel like a little secret and therefore much more exciting.  When I walked by the tent the adorable boys from The Stone Foxes were in the middle of performing their song “Stomp.”  The guys jumped off the stage into the crowd, and everyone joined in on this catchy tune, that is still stuck in my head five days later.  After this little treat I finally made my way to the main stage for the next act.

Feeling excited to be up in the front row to soak in my long over due first MGMT show, I was ready to dance with the sea of colorful people.  These boys did not disappoint.  Their live set is so tight I would think they are lip-synching but they were not— they’re just really damn talented.  The duo plays with a full backing band of babes that I believe are now considered as part of the group.  Singer Andrew Vanwyngarden has a smile that is so adorable and infectious I think it made my heart stop for a second.  The band surprised me with their indie rock tunes that lacked those dance beats that made them famous.  The band was shredding on guitar, and expanding their sound into different territory.  I know most people don’t like it when a band jumps around to different styles, but I like it when a band does what it wants too especially when they do it well and just own that shit.  However, the audience was craving some indie dance pop tunes and they got it and went crazy for  “Electric Feel, ” “Time to Pretend” and the rest of their hits.  I went crazy for their skills, the babe-ness, the experience of a show like this in the broad daylight against the back drop of giant pine trees.

Next, I walked through the magic forest decorated with parachutes, a musical chime swing, and a little playhouse all that combined to look like the home of the lost boys in Never Never Land.  I made my way across the park and caught a few songs from Clap Your Hands Say Yeah then walked to a nearby stage to see a band I had interviewed earlier in the day, The Limousines.  I have to say their show is F-U-N!  This duo plays with so much passion and energy that it’s so obvious they are having a great time up there, which is always entertaining to watch.  They played on a solar powered stage and despite the sound going on and off it didn’t seem to break their spirit one bit.  The guys are rising stars, and I couldn’t wish for more on such kind souls and hard working sweeties. They had a really large crowd dancing their asses off and having a great time.  Two drummers in gold masks appeared every now and then to slam on standing kits and add a little extra flavor to the live show.  It really got me going.  Great show guys!

I hiked back to the main stage and planted myself to catch headliners Phish who had a three-and-a-half-hour set.  I understand these guys can stray off into long extended jams, but that’s a really long time to play!  They had a thirty minute intermission at the half-way-mark so it ended up being a three hour set.  The heavy layer of pot smoke and reggae inspired jams reminded me that it’s still summer even though it was fifty degrees in this sea side park.  The band played endlessly with such precision and easiness that it really just felt like one massive party.  It was a great way to end day one of Outside Lands!  Woo! 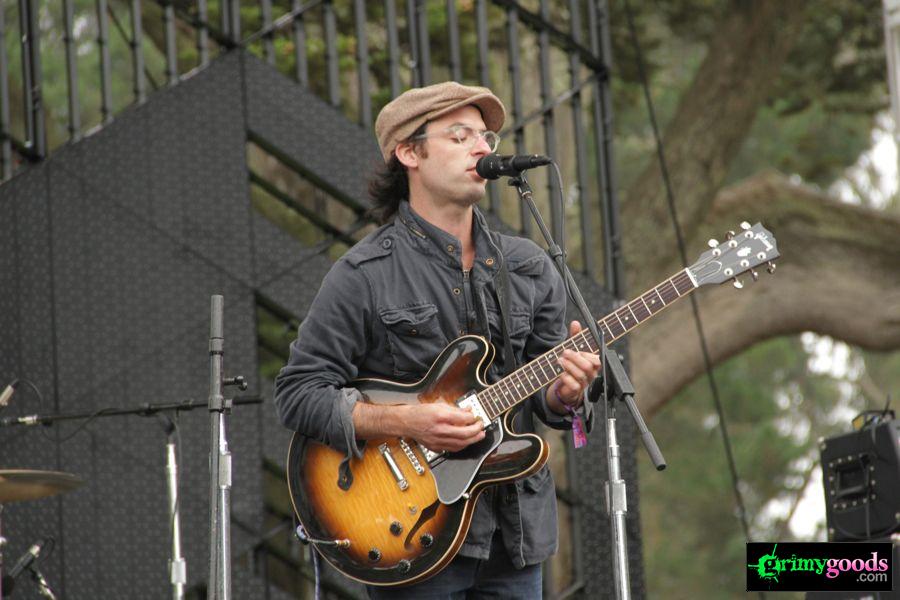 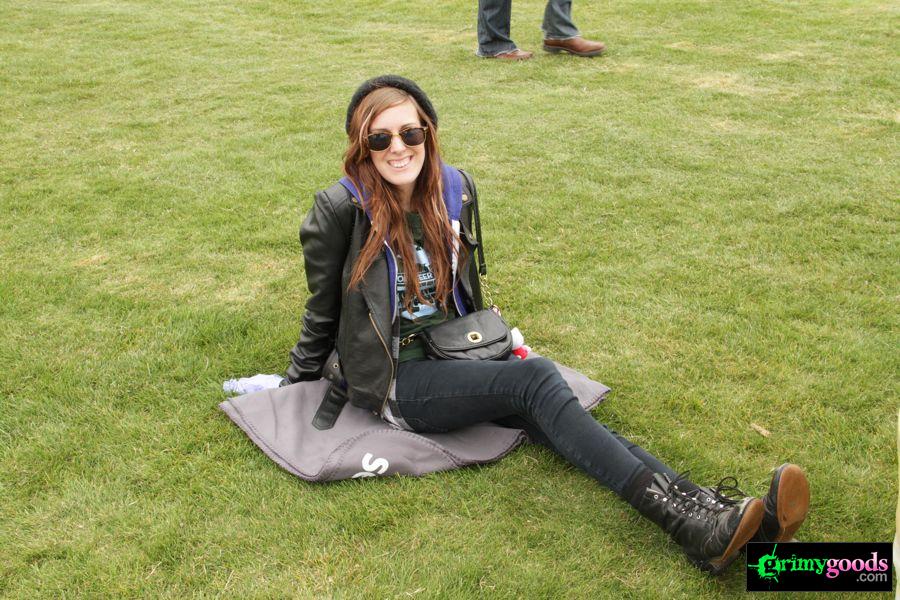 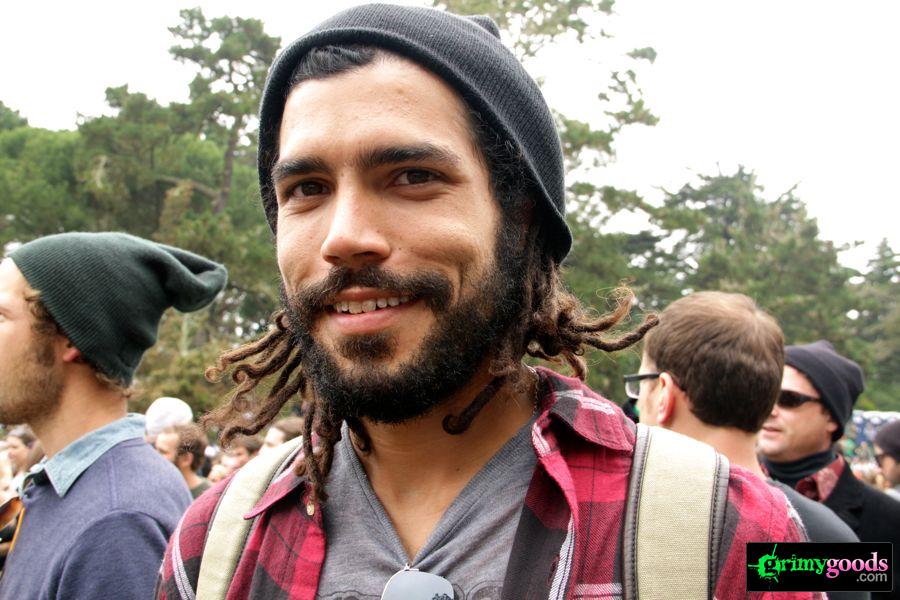 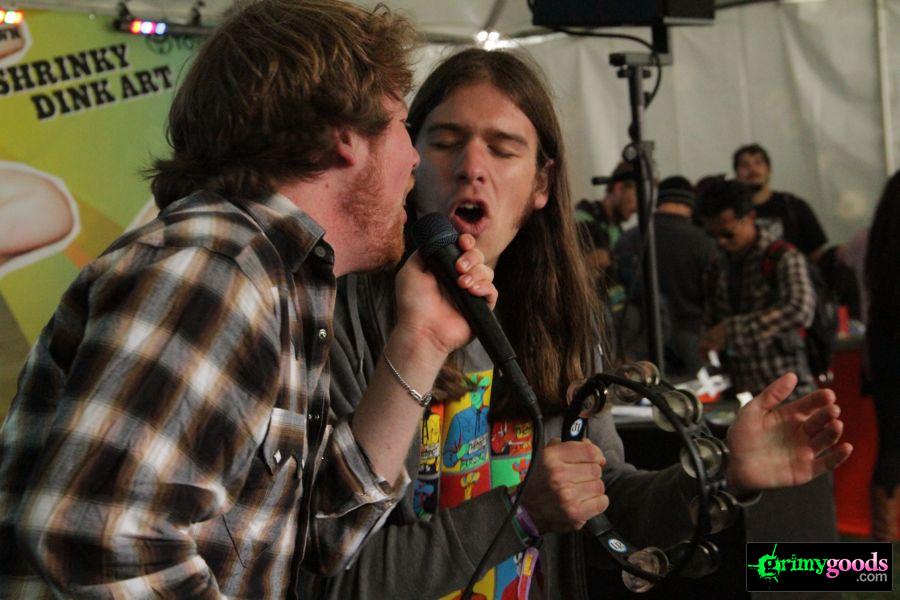 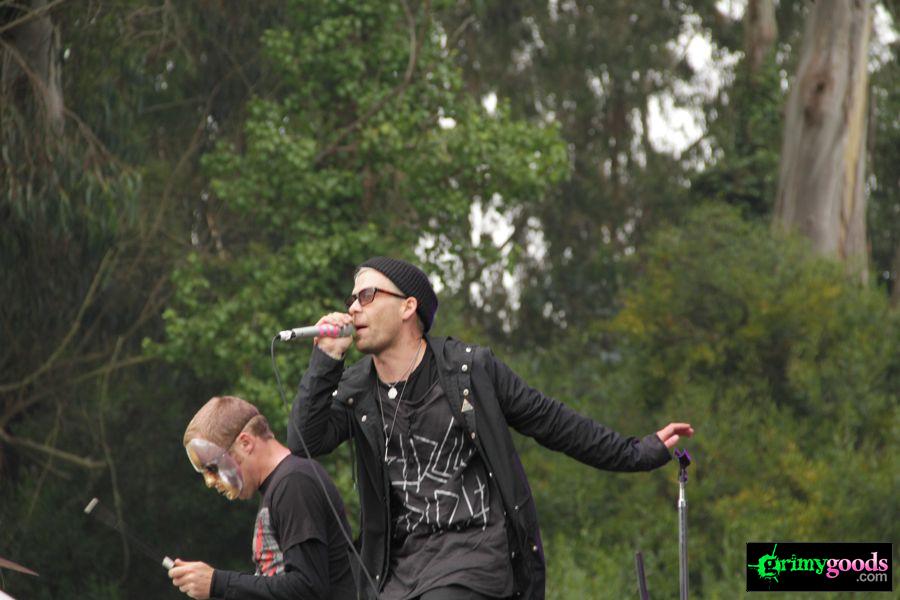 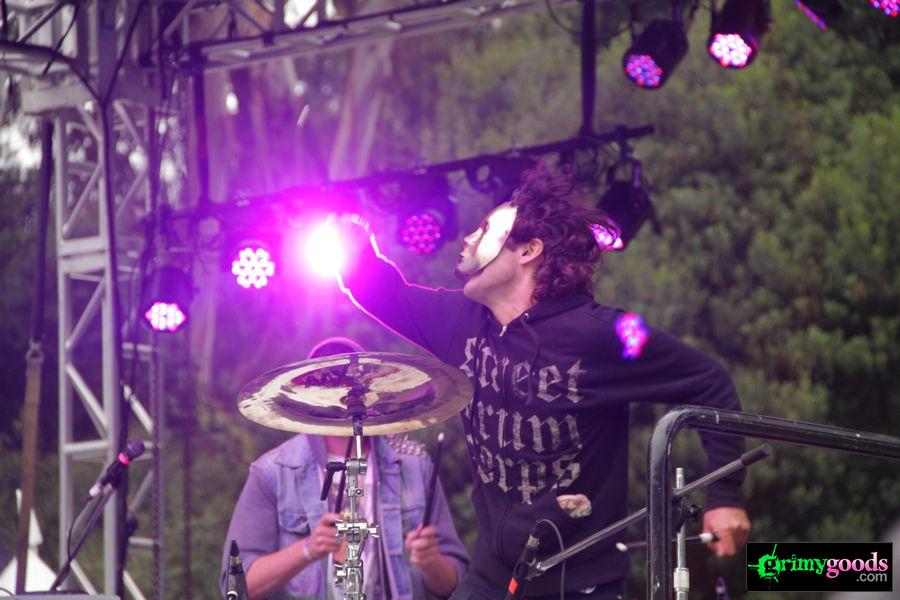 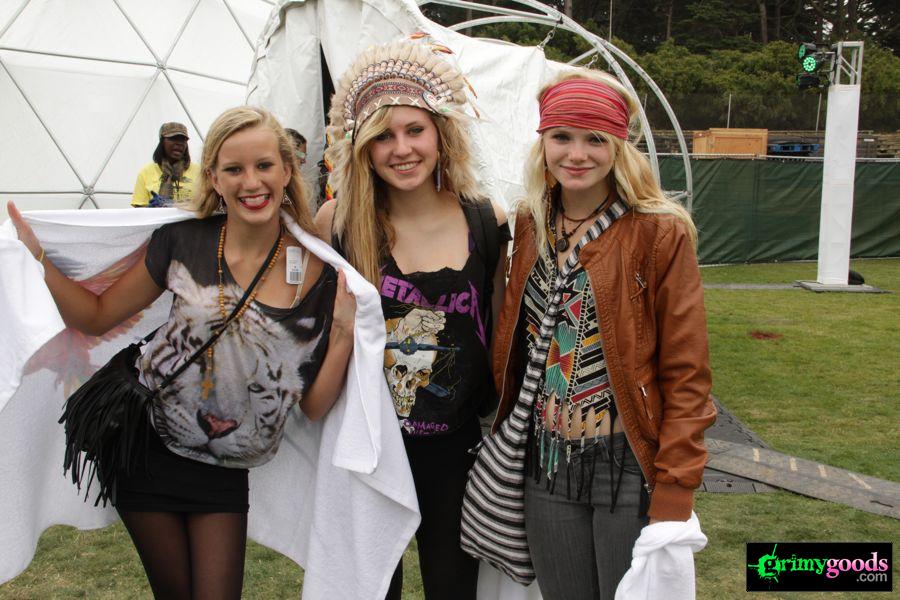 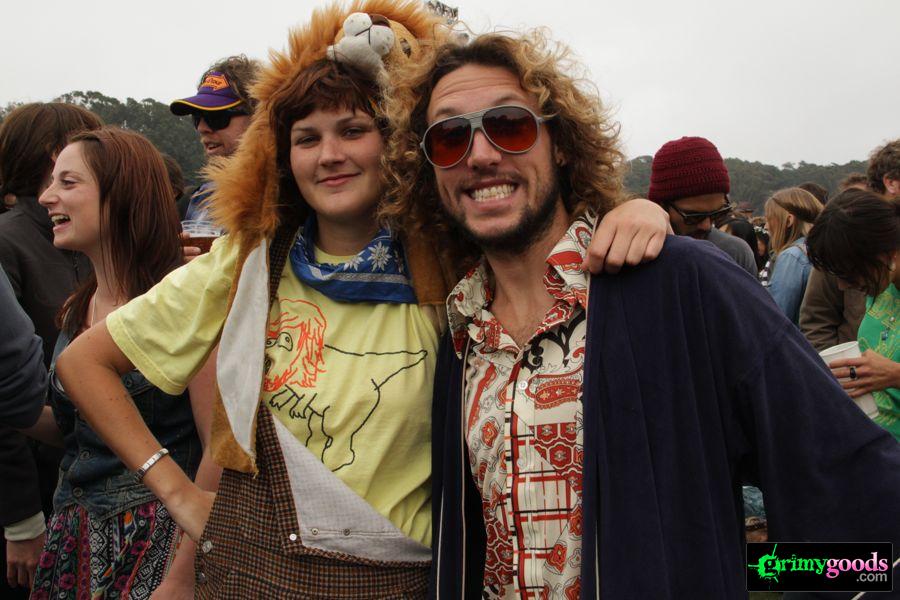 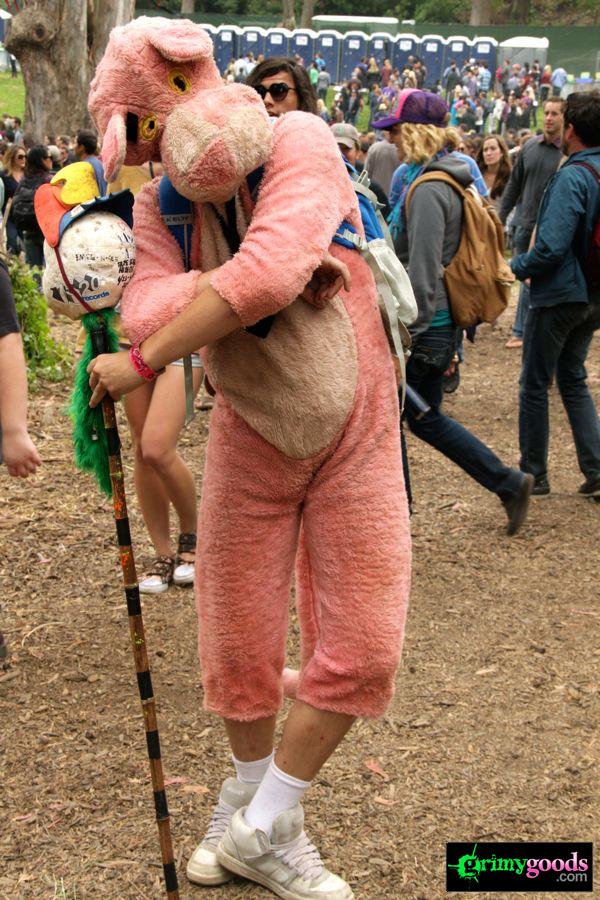 Click through the photo gallery below for more pics!