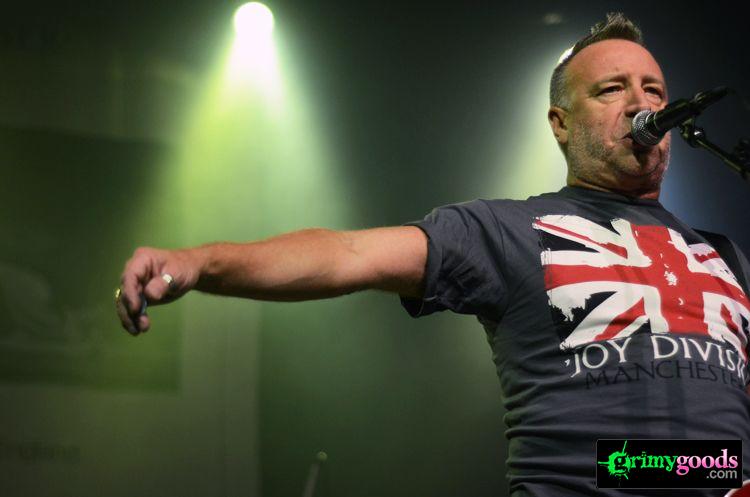 Joy Division and New Order bassist Peter Hook and his new band Peter Hook & The Light hit the Music Box on Wednesday, Sept. 14 to perform Joy Division’s classic and final studio album, Closer. Upon arrival I grabbed myself an ice cold Newcastle and wandered into a fast filling floor of Joy Division fans, both young and old. Staking out a spot near the front with some friends, we chatted in anticipation. DJ Paul V was spinning some dance worthy tunes but the crowd was antsy for some live music. A screen dropped from the ceiling and began playing a video montage of Joy Division live performance clips and scenes from the film Control, a band biopic about Joy Division and late singer Ian Curtis. The video was initially met by great whoops and woos from the crowd but with a lack of a clear, cohesive tributary direction the crowd lost interest about halfway through the 30-minute video. Then we were granted our wish: live music!

Loop ‘n’ pedal masters, El Ten Eleven hit the ground running with their short but very pleasurable, badass and almost non-stop instrumental set. Drummer, Tim Fogarty’s beats were straightforward and driving, sliding back-and-forth between a rock and a dance place, a place in which I was a-ok with being stuck.  Double neck bass/guitarist, Kristian Dunn floated effortlessly between the two-in-one instrument and the array of effect pedals below his feet that I wish I could’ve seen, but my short stature and the mesmerized crowd wouldn’t let me. Luckily, on their Website they have an equipment list and it is crazy! For all you gearheads out there be sure to click here. Despite the short set the crowd really warmed up to them by the end of it and I enjoyed the slew of songs they played off their new album, It’s Still Like a Secret.

Then before I knew it, there was Peter Hook! Union jack, Manchester Joy Division shirt on—old man faux hawk, brit-style at it’s finest. As soon as he started singing into the mic everyone joined in and he had the crowd going with “Atrocity Exhibition” and “Dead Souls.” The spritely ole’ basterd even busted out a ninja kick after a song!

Enter surprise #1 – a very dapper Perry Farrell of Jane’s Addiction!  When did he become so handsomely clean cut? He sang “Isolation” with gusto! His shimmy meets the robot dance moves and enthusiasm were well received too. During “Colony,” one of my favorite Joy Division songs, not-quite-so-surprise-guest Moby hit the mic (he had previously tweeted/facebook posted re: his guest appearance). In his own focused, pacing, trance-like way Moby brought some incredible raw energy to the stage. It was infectious and the crowd ate that shit up, including myself. He also sang “A Means to an End” and who fucking knew that Moby could rock so hard?!  Afterwards he was gracious enough to thank everyone for letting him participate.

Hooky then took over vocal duties again with “Heart and Soul” and so forth. Since he was focused on vocals his bass playing time was diminished. Overall, he spent more time slinging it around rather than playing it.  The Light bassist, Jack Bates, was a strong player as was the rest of the band—but I couldn’t help but feel a little disappointed that I didn’t get to see Hooky do more of what he does best: playing bass! However, he took a strong, impressionable approach. Often standing with his arm raised and a trance-like stare straight into the crowd (and possibly into our souls) he brought us into the depth, darkness and glory of 1980. With this somber but inviting tone, the memory of Ian Curtis and heyday of Joy Division was most assuredly remembered and felt by the crowd. A rousing multi-part encore brought Moby back on stage to sing “Transmission.” Hooky then proclaimed, “Why don’t we go out with a bang?!” then, BANG! They swiftly went into “Love Will Tear Us Apart” which sent the crowd reeling into an ecstatic state. Two lucky crowd members went home with a Hooky sweat soaked towel and t-shirt that he tossed into the crowd but Peter Hook & The Light really sent us all home with an unforgettable musical keepsake of our own. 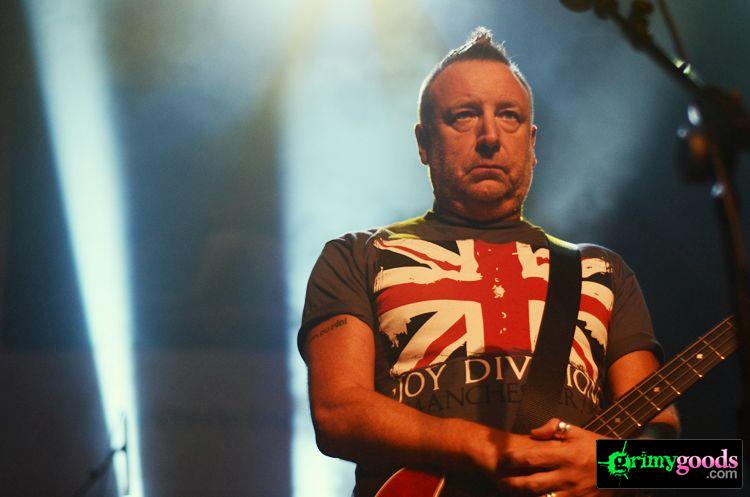 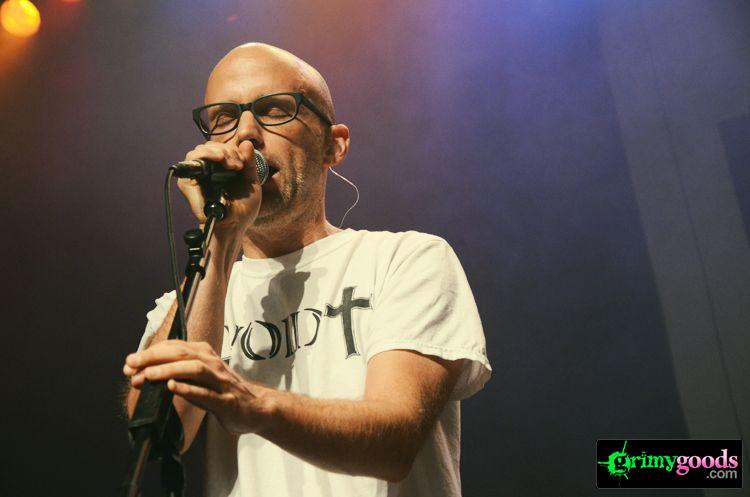 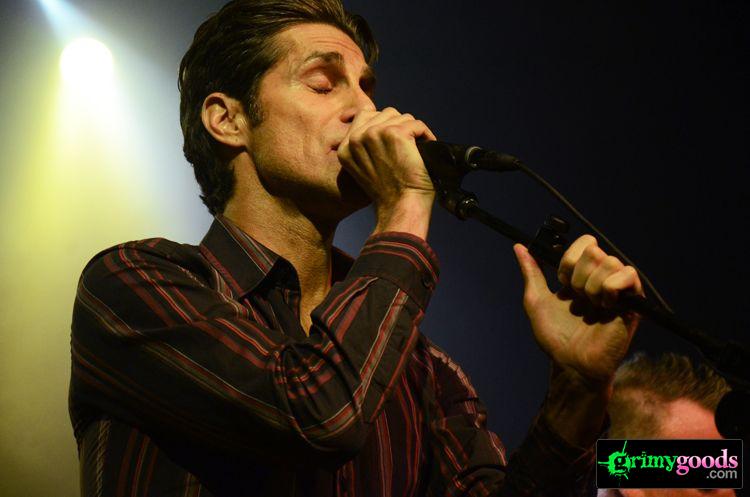 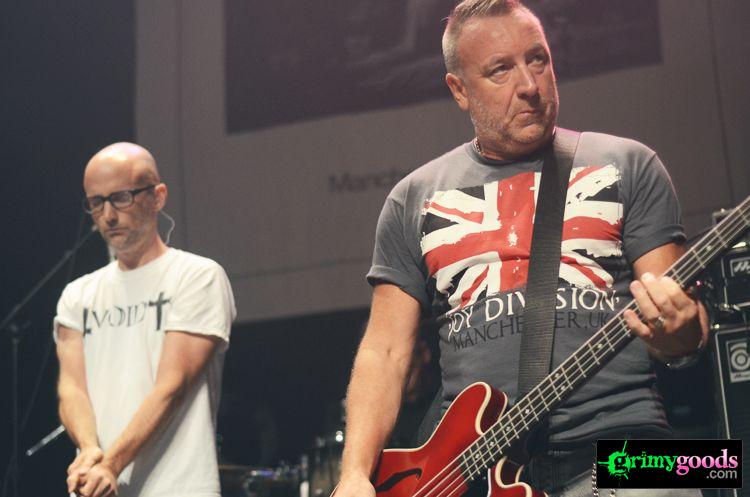 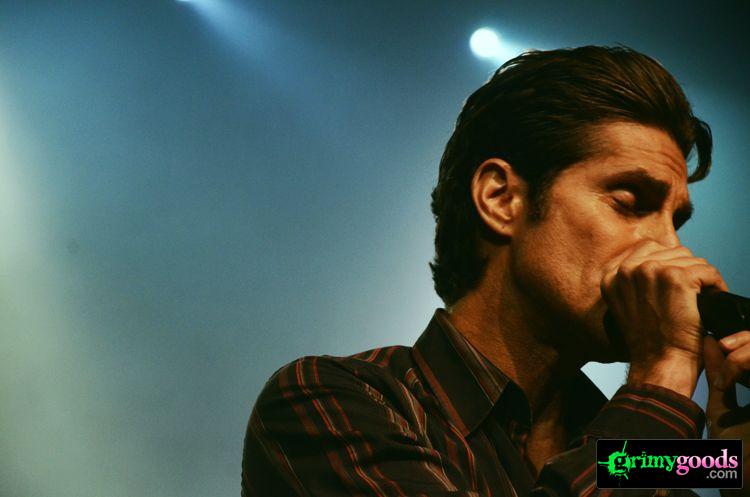 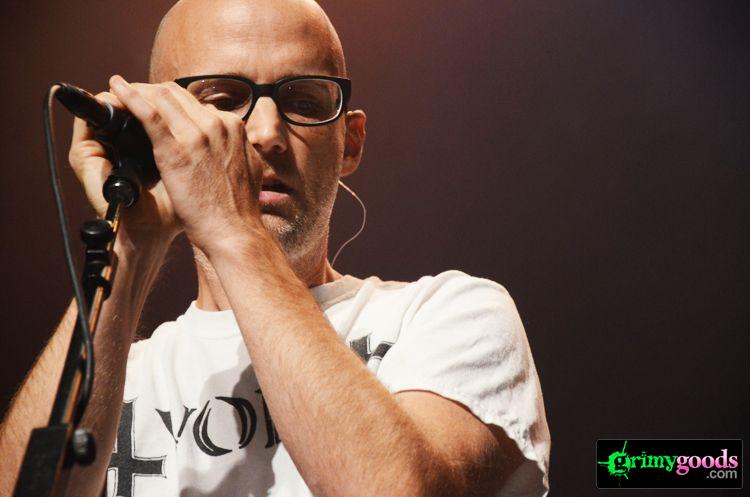 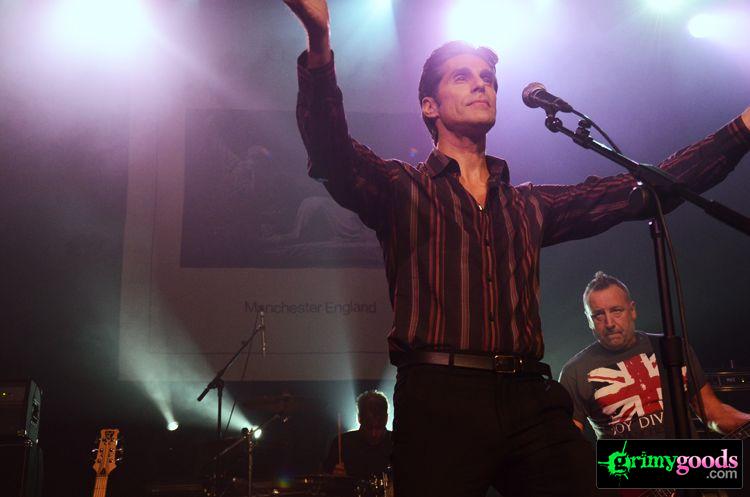 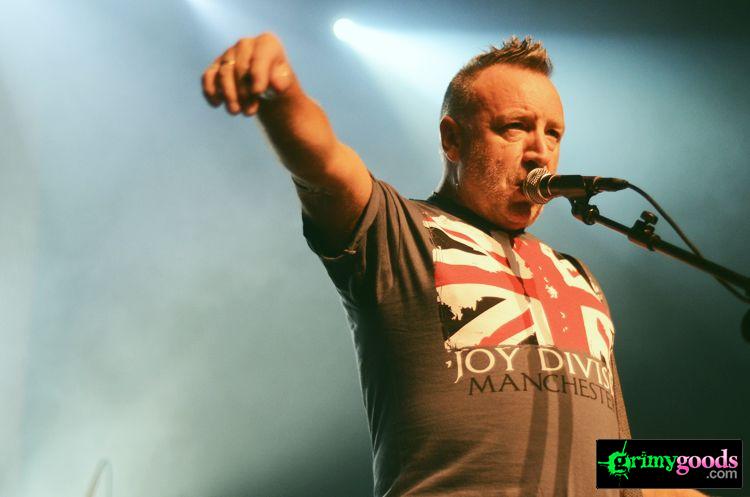 Click through the photo gallery below for more photos of the entire show!