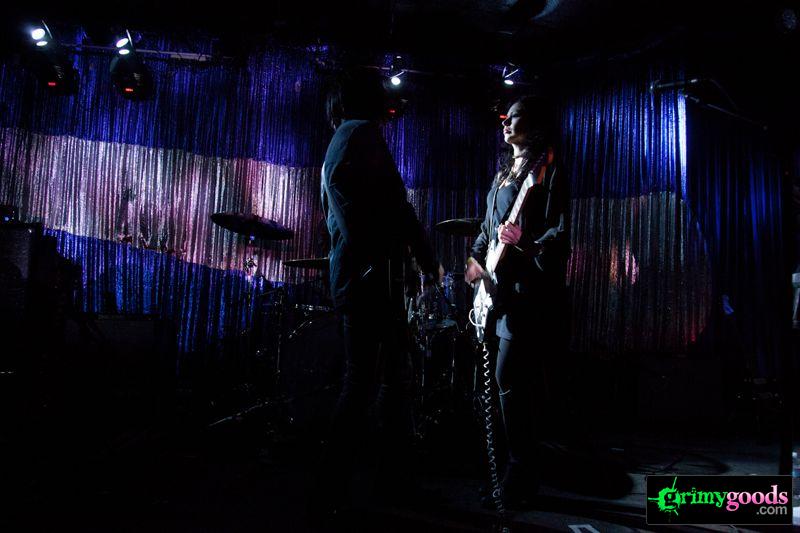 Grimy Goods presents The Black Ryder at the Satellite

Shoegaze and goth go together like “Whapbobaloobop” and a “whapbamboom,” so a Grimy Goods-presented show of  the Black Ryder, Lower Heaven and Swamplands could only mean one thing—the Satellite’s crowd last Thursday was as leather-bound and eye-linered as I’ve ever seen on a weekday night in L.A.

First up was Angelique Congleton and impossibly un-Googleable Swamplands. Congleton has logged time in umpteen metal and hard rock bands like long-time Sunset Strip faves the Hangmen, The Sillies and Dallas rock ‘n’ goth outfit, the Darlingtons. Congleton looks like a cross between Come’s Thalia Zedik and Jeanette Napolitano but her stage presence was pure Jack Webb—just the facts, ma’am. Stone-faced but earnest, Congleton lead Swamplands through a hard and loud but far from metal set, often playing chords on her bass. The dual guitars rocked but not in a conventional “hard rock” manner—more Thurston Moore than Mick Mars and a VERY solid drummer. I really enjoyed the jagged guitar lines from both players. They complemented each other while rarely doubling each other. That’s hard to do for a whole 45-minute set. Sometimes their songs fell into a formula of mid-tempo-hard-rocker but when they broke out of that mold, like a super rocking 4th tune and a brooding slower song toward the end of the set (the band didn’t speak between songs so it was tough to suss out song titles), these guys were best.

Next up was local favorites Lower Heaven—the most classically shoegaze band of the night. These guys are good—big Ride/MBV influence and the unique addition of main man Marcos Chloca‘s occasional autoharp. Gotta admit, never saw that before. The guitars shimmered, the grooves moved like a dream and Lower Heaven did a great job of gently mixing loud and gentle. Like many shoegaze bands before them, the issue here can be how to entertain while looking at one’s shoes. The autoharp was a nice touch but I would have preferred if Chloca engaged the audience a little more. Would this have broke form the true shoegaze feel? Arguable, definitely arguable. Special kudos to bass player Christina Parks and her fluid bass lines, sometimes on top of the beat, other times languidly laying behind, she found a way to make her bass alternately rock, and hypnotize.

However the night belonged to The Black Ryder, essentially Aimee Nash and Scott Von Ryper and guests (occasionally high profiled guests such as members of the Brian Jonestown Massacre and Black Rebel Motorcycle Club). Former members of both Australia and their old band the Morning After Girls, Nash and Von Ryper have enough chemistry, charisma and songs to last themselves a few lifetimes. The Black Ryder is gaze-goth but mostly RAWK. These dudes and dudettes sexily preened and posed their way through loud-psych-number-after-loud-psych-number and man, did they deliver the goods. They both have unique and interesting singing voices and stage persona, Nash is more coquettish—while Ryper stares the audience right in the eye without a blink. The band was also impressive, super killer rhythm section and great backup singing and keyboards from the sexy Jules Ferrari. But the band member who really impressed the packed Satellite crowd was drummer, Hayden Scott. Also a native to Australia, Scott was a madman behind those skins, banging away as though it were the end of the world. It was hard to stay fixated on Nash and Von Ryper alone with such a granduer talent such as Scott building a strong instruemetnal foundation for the band with each powerful whip of the drum and crash of a cymbal. It was stunning.

The show hummed along at psych tempo and never wavered—perfect for trance inducing. It was my first Black Ryder show and I was very impressed.

More Black Ryder: check out our review of The Black Ryder’s Los Angeles debut show back in January at the Echo. 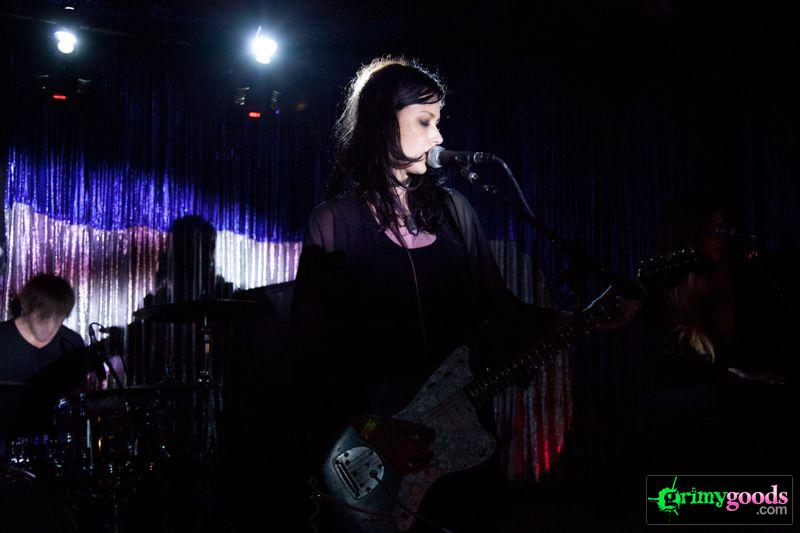 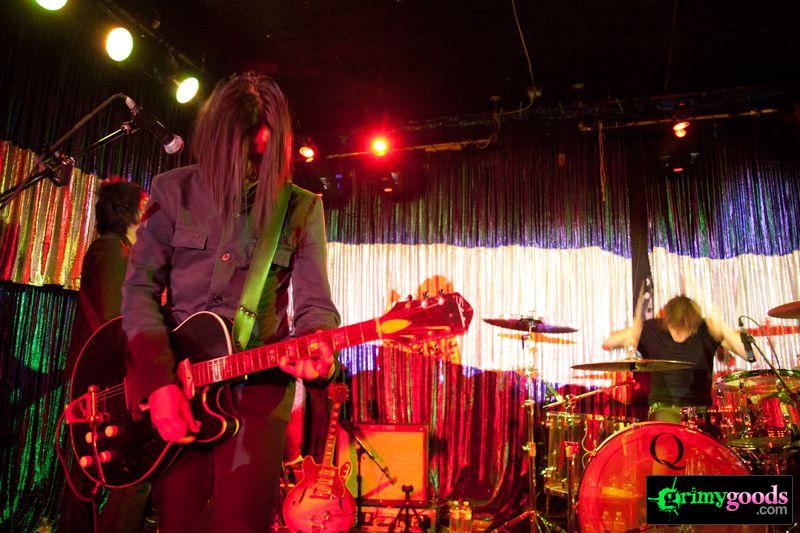 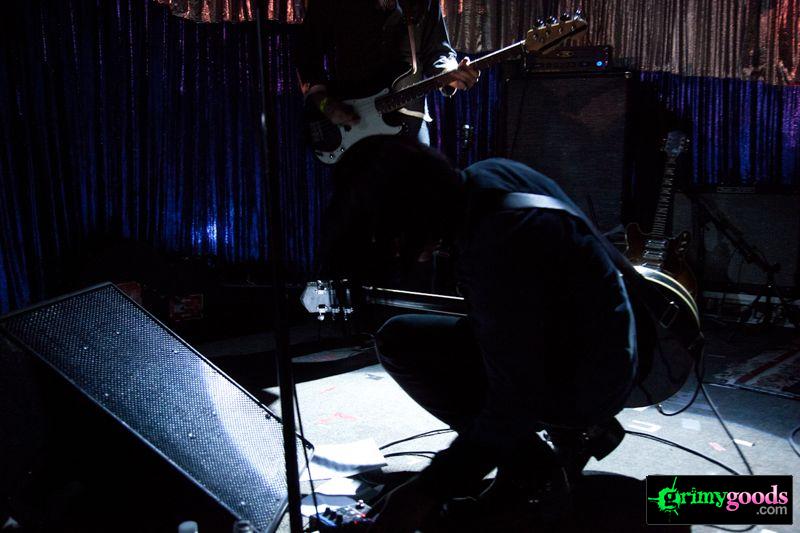 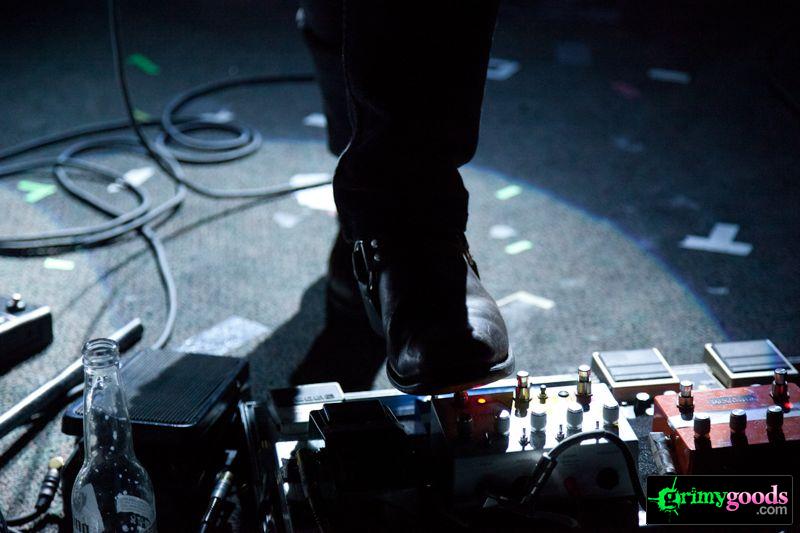 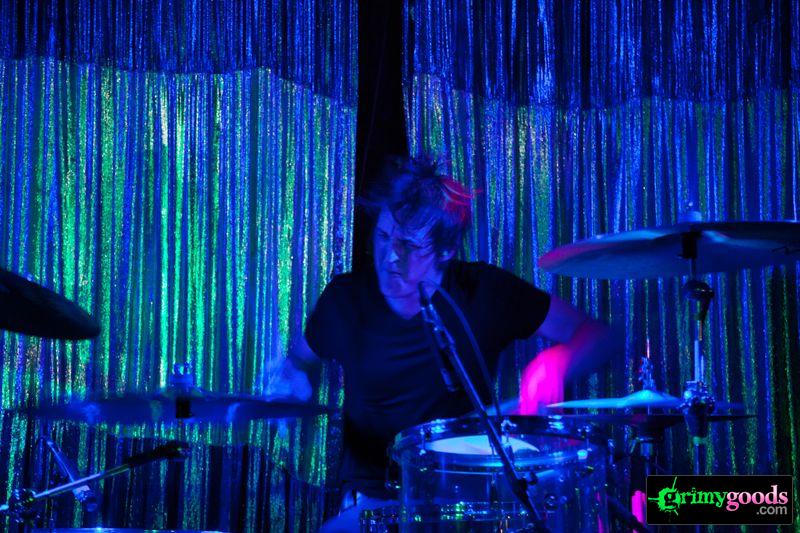 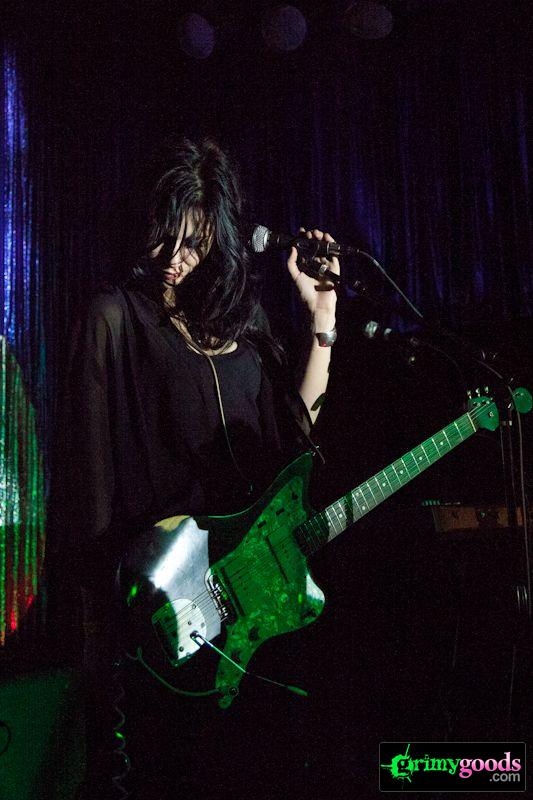 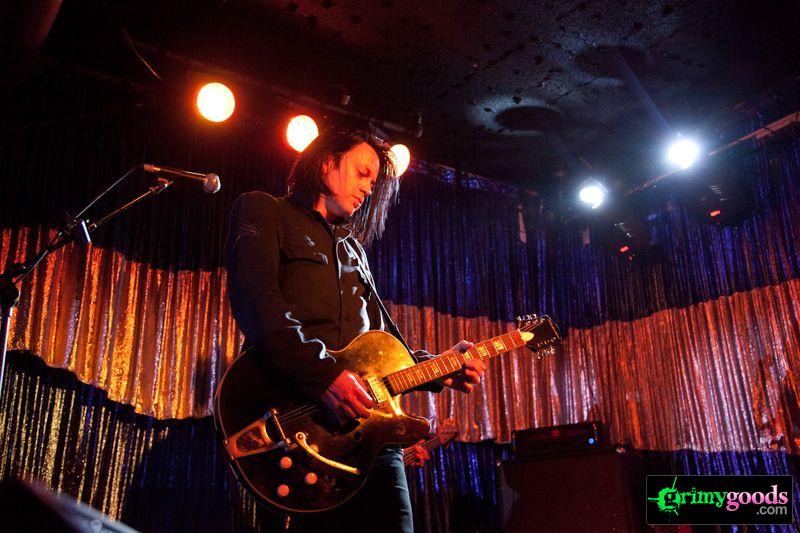 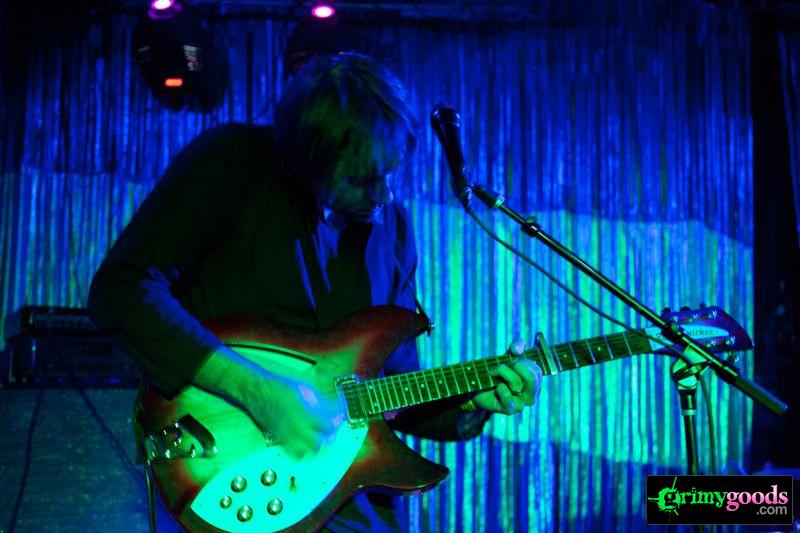 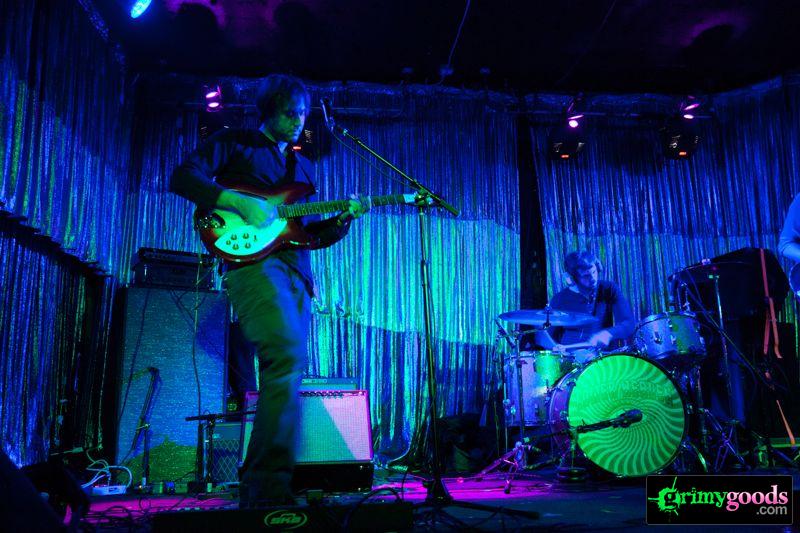 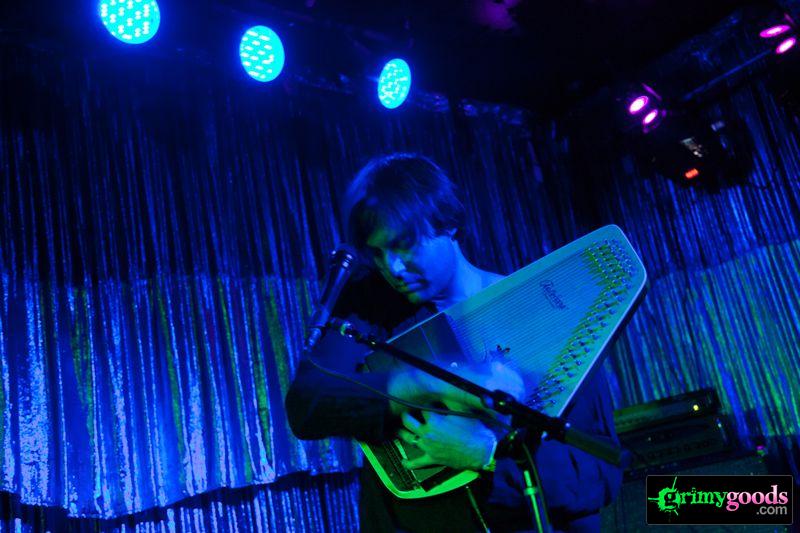 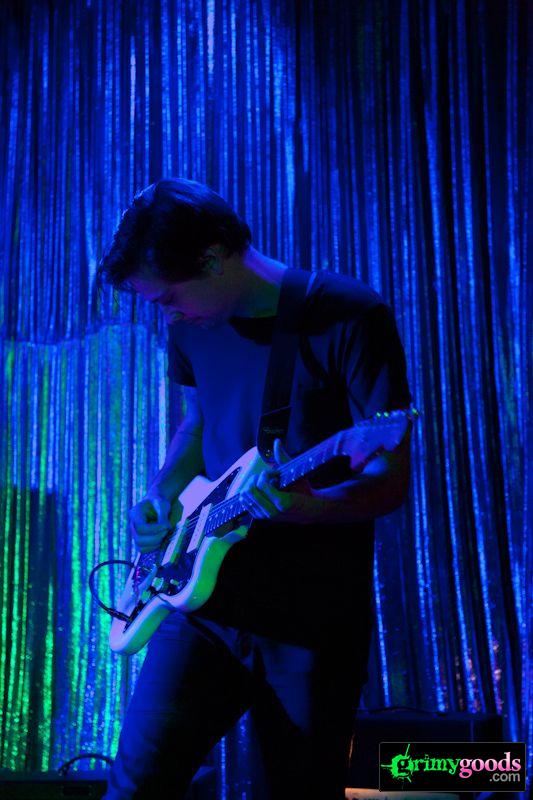 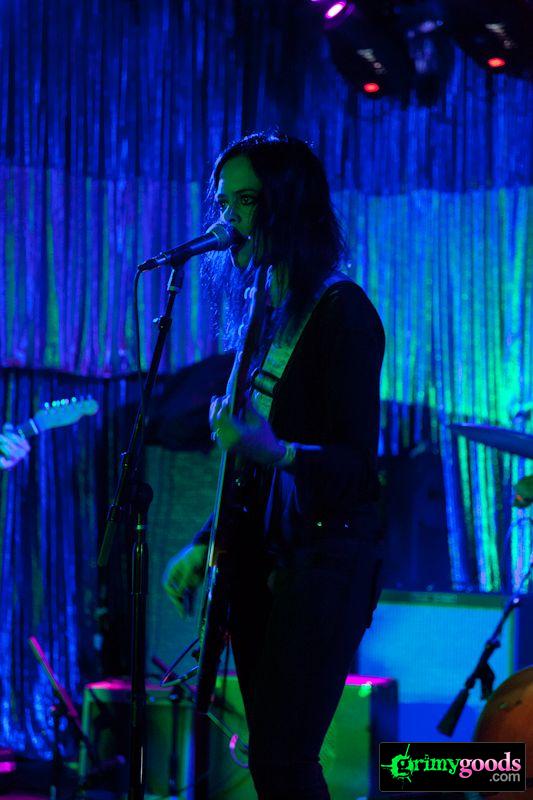