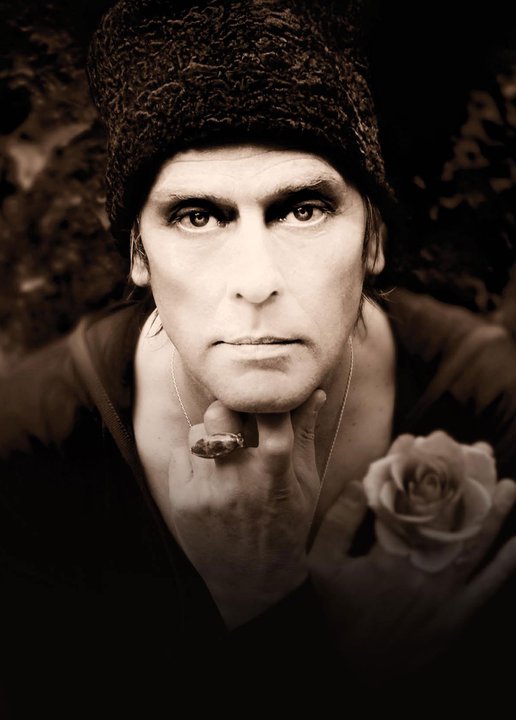 British experimental rock vocalist Peter Murphy will be touching down upon L.A. with She Wants Revenge on Wed. December 7 at the Club Nokia and it’s going to be an electrifying show you won’t want to miss! He recently dropped a new album back in June, Ninth, and another EP in October — The Secret Bees of Ninth — both filled with gothic and experimental melodies the “Godfather of Goth” has become known for.

You must have a Twitter or Facebook to enter the contest. First make sure you’re following Grimy Goods on Twitter here and/or “like” our Facebook page here. We’ll pick winners on Sunday, December 4. The winners will be direct messaged on Twitter or contacted below their contest entry comment on the Grimy Goods Facebook page. Winners will have until noon Monday, December 5 to claim their win or the tickets will be forfeited. To increase your chances, enter the contest both ways!

Via Twitter:  What is your favorite Peter Murphy/Bauhaus song? Send your Tweet to @GrimyGoods, mention @PeterMurphyinfo and be sure to include the following hashtag in your Tweet: #ContestPMC

Via Facebook: just leave a comment on the Grimy Goods Facebook page  telling us what is your favorite Peter Murphy/Bauhaus song! Be sure to mention Peter Murphy at Club Nokia so we know which contest you’re entering!

One thought on “Contest: Win Tickets to Peter Murphy with She Wants Revenge at Club Nokia (Dec. 7, 2011)”