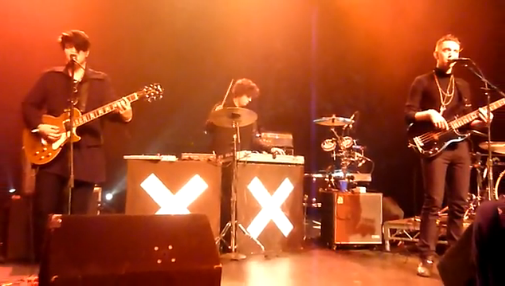 The xx have shared a tender new demo titled “Open Eyes.” It’s soft, sultry and innocently sexy — like much of The xx’s previous work. The band released the new track on Christmas day as a very special treat to fans who have been craving some new tunes from The xx.

After the release of their 2009 self-titled debut album, The xx won the indie hearts of just about every one with their sexy, simplistic and critically acclaimed album. The young trio is working on their sophomore album which they’re hoping to release ahead of their 2012 festival appearances. The album is said to have a “club music” influence.

Perhaps we’ll be dancing to The xx instead of swaying back-and-forth, cuddling or making love (or maybe all of the above).

Listen to The xx’s new demo “Open Eyes” below and let us know what you think!

Check out our review and video footage of The xx’s debut Los Angeles show from 2009 here!