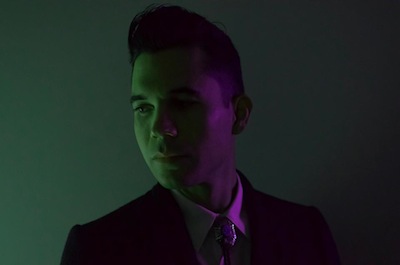 If 2011 was the year that dubstep went mainstream, then 2012 just might be the year that old school DJs/dance music moguls begin grabbing the brass ring—or in many cases a mic—and just going for it! This may be the year that DJs start singing and becoming superstars.

His influence reads like Stereogum’s entire 2012 Bands to Watch list. Now, with similar artists such as James Blake, LCD’s James Murphy and M83’s Anthony Gonzalez already adding frontman and rock star to their list of accomplishments—Dear has shifted the sound, and the sound of the singing comes off like a guy who wants to be one of the biggest bands in the world. And really, why shouldn’t he be?

Later this year, Dear has a full EP coming out but he’s currently whetting our appetites with an EP of collaborations called Headcage. If Headcage is any indication of what he’s going to do, Dear might just become in the same mainstream breath with the aforementioned Murphy and Gonzalez.

The sounds on Headcage are not limited to traditional dance music sounds. There is really a cornucopia of interesting influences going on here: Afrobeat, Krautrock, even traditional pop. Headcage starts out the slow burn of the title track. The build sounds like a more lush LCD Soundsystem, but eventually turns into a beautiful dense, pop song. Dear’s collaboration with Van Rivers and Subliminal Kid create a complex but hypnotizing rhythm track that would not sound out-of-place on Seun Kuti or Harmonia record.

Another interesting collabo is Johnny Pierce’s contribution to “In The Middle (I Met You There),” where Pierce beautifully sings the verses, and then the duo collaboratively sing the extension of the song. The mix of voices is very interesting, unusual—but really great. Again, the track is rhythmically propelled but the melody is the meat on its bones. It seems every chorus is hummable—but not derivative, intellectual— and not overly clever. Dear also uses a neat trick. He slowly builds the track, adding pieces as you go. This allows you to hear the varying layers of the complicated rhythms, then allows you to forget about them as soon as the vocals start, not un-LCD-like.

Headcage is just a small sampling of what is to come—supposedly—only the title track will make it to the full-length, expected out this spring. If this EP is any indicator, Dear could soon be among the biggest names in indie. 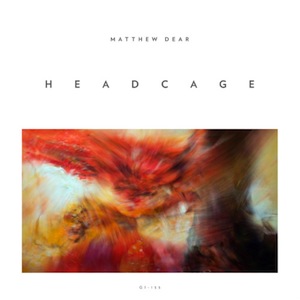