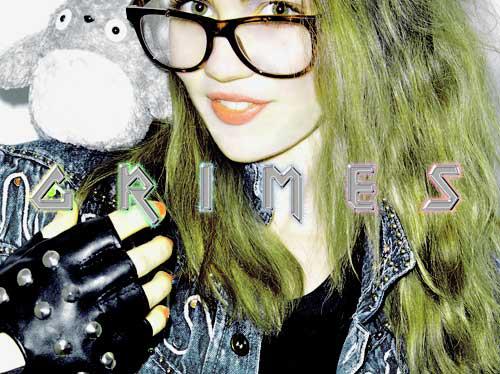 Influenced by multiple genres like R&B, hip-hop, goth, industrial and more, Grimes creates weird pop music that shatters musical boundaries and leaves listeners begging for more. With tracks noted for simple, but strong percussion, intense vocals and highly addictive melodies, Grimes may have gotten into the music game a bit later than most artists, but she’s more than making up for it with her vibrating shows that encompass both musical and visual elements.

She’s bringing her talents to us Angelenos and will be playing at the Echo on Friday, Feb. 24. She’ll also be accompanied by Born Gold and Lady Tragik. Tickets to the show are $10 in advance, $12 at the door. The show is 18+ and doors open at 8:30pm.  Enter the contest below to win a pair of tickets!

You must have a Twitter or Facebook to enter the contest. First make sure you’re following Grimy Goods on Twitter here and/or “like” our Facebook page here. We’ll pick winners on Wed, Feb. 22. The winners will be direct messaged on Twitter or contacted below their contest entry comment on the Grimy Goods Facebook page. Winners will have until noon Thursday., Feb. 23 to claim their win or the tickets will be forfeited. To increase your chances, enter the contest both ways!

Via Twitter: Send a Tweet to @GrimyGoods telling us why we should hook you up with tickets! Mention @grimezsz and be sure to include the following hashtag in your Tweet: #ContestLGrimes

Via Facebook: Just leave a comment on the Grimy Goods Facebook page telling us why we should hook you up with tickets! Be sure to mention Grimes at the Echo so we know which contest you’re entering!