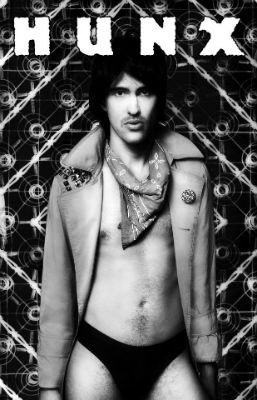 Hunx and His Punx will be playing the Echoplex on Tuesday, March 20.  Front man Hunx aka Seth Bogart leads the way in getting the party started, with that special Hunx flair of raucous teenage rock n’ roll meets 60s girl group pop. Touring in support of 2012 release Hairdresser Blues, this show will do anything but give you the blues!  So go on and put on your dancing shoes!  NOBUNNY and Heavy Cream support.

You must have a Twitter or Facebook to enter the contest. First make sure you’re following Grimy Goods on Twitter here and/or “like” our Facebook page here. We’ll pick winners on Saturday, March 17. The winners will be direct messaged on Twitter or contacted below their contest entry comment on the Grimy Goods Facebook page. Winners will have until 10 a.m. Sunday, March 18 to claim their win or the tickets will be forfeited. To increase your chances, enter the contest both ways!

Via Twitter: Send a Tweet to @GrimyGoods telling us why we should hook you up with tickets!  Be sure to send your tweet to @GrimyGoods, mention @HunxandhisPunx and be sure to include the following hashtag in your Tweet: #ContestHunx

Via Facebook: Just leave a comment on the Grimy Goods Facebook page telling us why we should hook you up with tickets! Be sure to mention Hunx and His Punx at the Echoplex so we know which contest you’re entering!