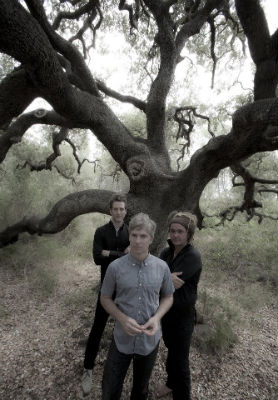 Nada Surf plays the newly re-opened Music Box on Tuesday, March 20.  On tour in support of their January 2012 release, The Stars Are Indifferent to Astronomy.  The NYC alternative rock trio, have been blowing ears and minds since the 90’s and they’re not done yet!  An Horse supports.

Tickets to the show are $25, doors at 8 p.m., show starts at 9 p.m. and this show is all ages.  Thanks to Goldenvoice we have a couple pairs of tickets to giveaway! Enter below for your chance to win!

You must have a Twitter or Facebook to enter the contest. First make sure you’re following Grimy Goods on Twitter here and/or “like” our Facebook page here. We’ll pick winners on Saturday, March 17. The winners will be direct messaged on Twitter or contacted below their contest entry comment on the Grimy Goods Facebook page. Winners will have until 10 a.m. Sunday, March 18 to claim their win or the tickets will be forfeited. To increase your chances, enter the contest both ways!

Via Twitter: Tell us what your favorite Nada Surf song is and why! Send your Tweet to @GrimyGoods, mention @nadasurf and be sure to include the following hashtag in your Tweet: #ContestNS

Via Facebook: just leave a comment on the Grimy Goods Facebook page telling us what your favorite Nada Surf song is and why! Be sure to mention Nada Surf at the Music Box so we know which contest you’re entering!

For more cool shows coming up at the Music Box click here. To enter other Grimy Goods contests, click here.