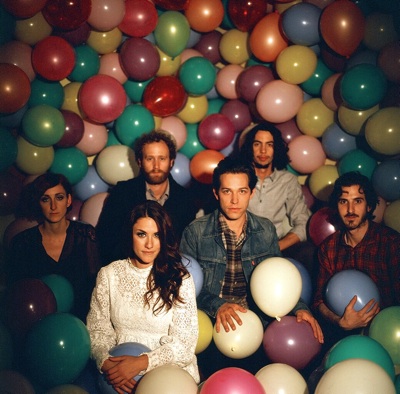 LA local indie rockers Races will be rocking the Echo on Friday, March 30.  Celebrating the release of their debut album on Frenchkiss Records, Year of the Witch, this is going to be prime opportunity to see them rock it live!  Living Things and Incan Abraham support, so come join the party!

You must have a Twitter or Facebook to enter the contest. First make sure you’re following Grimy Goods on Twitter here and/or “like” our Facebook page here. We’ll pick winners on Tuesday, March 27. The winners will be direct messaged on Twitter or contacted below their contest entry comment on the Grimy Goods Facebook page. Winners will have until 10 a.m. on Wednesday, March 28 to claim their win or the tickets will be forfeited. To increase your chances, enter the contest both ways!

Via Twitter: Send a Tweet to @GrimyGoods, and tells us why we should hook you up with tickets!  Mention @RACEStheband and be sure use the following hashtag: #ContestRaces

Via Facebook: Just leave a comment on the Grimy Goods Facebook page telling us why we should hook you up with tickets! Be sure to mention Races at the Echo so we know which contest you’re entering!