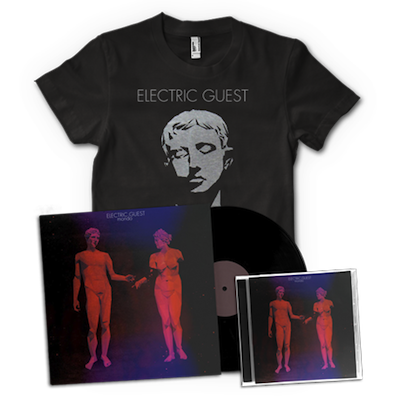 Here’s How You Win The Prize Pack!

You must have a Twitter or Facebook to enter the contest. First make sure you’re following Grimy Goods on Twitter here and/or “like” our Facebook page here. We’ll pick winners on Monday, May 14. The winners will be direct messaged on Twitter or contacted below their contest entry comment on the Grimy Goods Facebook page. Winners will have until 10 am Tuesday, May 15 to claim their win or the prize pack will be forfeited. To increase your chances, enter the contest both ways!

Via Twitter: Watch Electric Guest’s new video and let us know what your favorite part is! Send your Tweet to @GrimyGoods, mention @ElectricGuest and be sure to use the following hashtag in your Tweet: #ContestEGPrizePack.

Via Facebook: Watch Electric Guest’s new video and let us know what your favorite part is! Just leave your comment on the Grimy Goods Facebook page! Be sure to mention Electric Guest in reference to their video so we know which contest you’re entering!