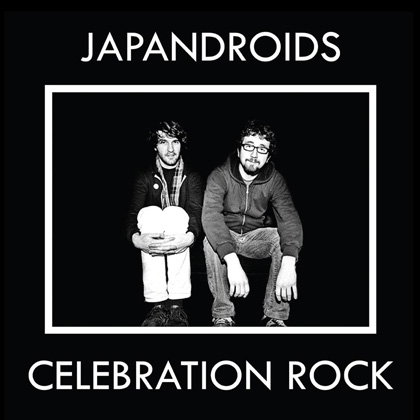 Japandroids (JPNDRDS) will be sharing the stage with Cadence Weapon on Friday, June 15, 2012 at the Echoplex. The two-piece band from Vancouver, BC started making music back in 2006 for the post-teenage angst of Brian King and David Prowse and have since then been making why they call “garage rock.” With their one guitar, a set of drums and two vocalizers, the Japandroids are anything but minimal. You can stream their new album, Celebration Rock, here! It’s pretty damn good!

You must have a Twitter or Facebook to enter the contest. First make sure you’re following Grimy Goods on Twitter here and/or “like” our Facebook page here. We’ll pick winners on Wed, June 6. The winners will be direct messaged on Twitter or contacted below their contest entry comment on the Grimy Goods Facebook page. Winners will have until 10 a.m. Thursday, June 7 to claim their win or the tickets will be forfeited. To increase your chances, enter the contest both ways!

Via Twitter: Send a Tweet to @GrimyGoods telling us why we should hook you up with tickets!  Be sure to send your tweet to @GrimyGoods, mention “Japandroids @TheEchoLA” and be sure to include the following hashtag in your Tweet: #ContestJPNDRDS.

Via Facebook: Just leave a comment on the Grimy Goods Facebook page telling us why we should hook you up with tickets! Be sure to mention Japandroids at the Echoplex so we know which contest you’re entering!