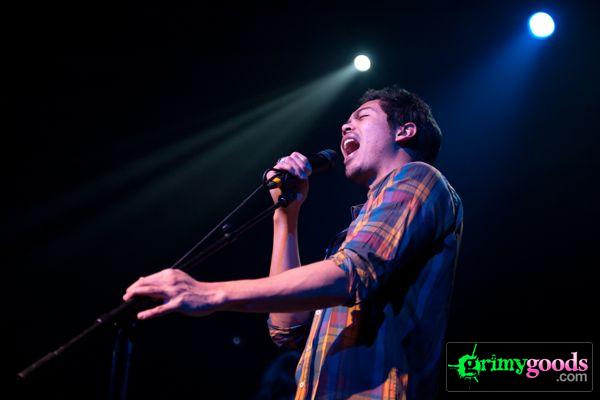 The Aussie boys wonders—the Temper Trap—are headlining the Hollywood Palladium on Friday, June 15 in support of their self-titled sophomore album. Supporting the Temper Trap are San Diego’s Crocodiles, who also have a new album out—Endless Flowers. Both bands are great live and both of them are totally different.

Tickets to the show are $41.50 and that includes service fees. Doors open at 8PM. Want to check them out at the Palladium for free? We have a few pairs of tickets to give away thanks to Live Nation. Enter the contest below for your chance to win!

You must have a Twitter or Facebook to enter the contest. First make sure you’re following Grimy Goods on Twitter here and/or “like” our Facebook page here. We’ll pick winners on Friday, June 8. The winners will be direct messaged on Twitter or contacted below their contest entry comment on the Grimy Goods Facebook page. Winners will have until 10 a.m. Saturday, June 9 to claim their win or the tickets will be forfeited. To increase your chances, enter the contest both ways!

Via Twitter:  Copy and paste this Tweet into your Twitter and be sure to fill in the blank with an adjective (be funny, weird, sweet—just get creative):

Via Facebook: just leave a comment on the Grimy Goods Facebook page telling us why we should hook you up! Be sure to mention Temper Trap and/or Crocodiles at the Hollywood Palladium so we know which contest you’re entering!

For more cool shows coming up at the Hollywood Palladium, click here.  To enter other Grimy Goods contests, click here.

One thought on “Contest: Win Tickets to the Temper Trap with Crocodiles at Hollywood Palladium – June 15, 2012”