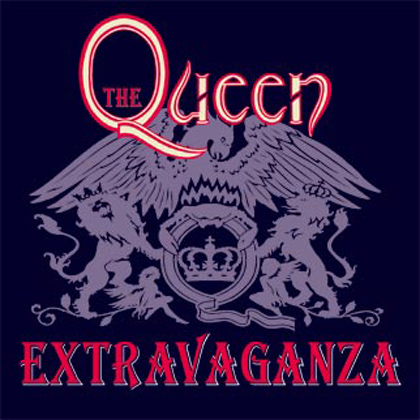 Attention all you Queen fans!!! We have some exciting news for you!  The Queen Extravaganza (which just launched this year) is a spectacular touring concert show designed to take the glorious music and the live experience of legends of rock Queen to generations of fans in cities coast-to-coast across the US and Canada. They’ll be landing in L.A. on Monday, June 25, 2012 at Club Nokia! In a show which will run just over two hours of playing time, with a 30 minute break, The QE band will perform close on 40 true Queen classics drawn from a list of the bands biggest all-time chart hits –Bohemian Rhapsody, Another One Bites the Dust, Crazy Little Thing Called Love, Under Pressure, We Will Rock You/We Are the Champions, A Kind of Magic, Radio Ga Ga, Somebody to Love,  Killer Queen –

You must have a Twitter or Facebook to enter the contest. First make sure you’re following Grimy Goods on Twitter here and/or “like” our Facebook page here. We’ll pick winners on Sunday, June 24. The winners will be direct messaged on Twitter or contacted below their contest entry comment on the Grimy Goods Facebook page. Winners will have until 10 am Monday, June 35 to claim their win or the tickets will be forfeited. To increase your chances, enter the contest both ways!

Via Twitter: Why do you want to go to this show? Be sure to send your Tweet to @GrimyGoods, mention “@queenextrava @ClubNokia” use the following hashtag: #ContestQueen

Via Facebook: just leave a comment on the Grimy Goods Facebook page  telling us why you want to go to this show! Be sure to mention The Queen Extravaganza at Club Nokia so we know which contest you’re entering!