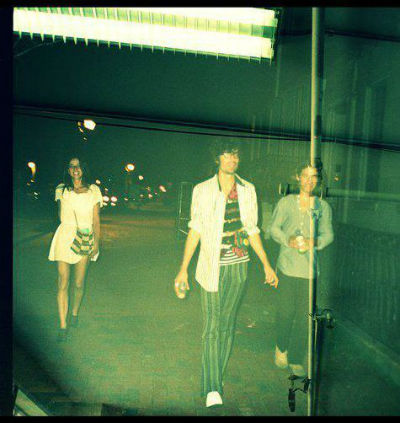 L.A. trio, The Entrance Band, play the Satellite on Thursday, August 16.  With a psych-blues groove that can’t be beat, TEB, play the third installment of their Thursdays in August residency at the Satellite.  Be one of the lucky ones to snag a copy of their new EP Fine Flow at their residency shows before its official release on September 4th.  ESP and UFO 2012 support.

You must have a Twitter or Facebook to enter the contest. First make sure you’re following Grimy Goods on Twitter here and/or “like” our Facebook page here. We’ll pick winners on Sunday, August 12. The winners will be direct messaged on Twitter or contacted below their contest entry comment on the Grimy Goods Facebook page. Winners will have until 10am Monday, August 13 to claim their win or the tickets will be forfeited. To increase your chances, enter the contest both ways!

Via Twitter: Tweet us why should we hook you up with tickets! Be sure to send your Tweet to @GrimyGoods, and mention “@theentranceband at @TheSatelliteLA” and use the following hashtag: #ContestTEB.

Via Facebook: Just leave a comment on the Grimy Goods Facebook page telling us why we should hook you up with tickets! Be sure to mention Entrance Band at The Satellite so we know which contest you’re entering!