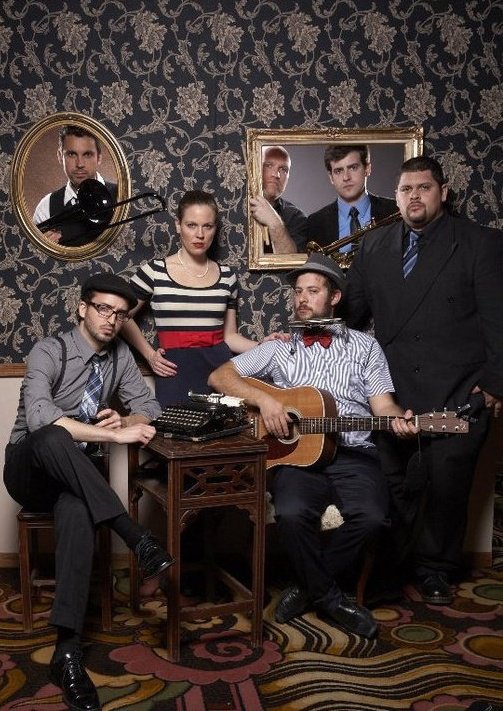 Venice’s own roots and jazz collective, The Dustbowl Revival play The Satellite on Thursday, September 13. They are known for some wild, high-energy sets that encourages crowd participation so you better put your dancing shoes on. The Defibulators, a rockabilly and blues band from Brooklyn, NY and Homesick Elephant, an indie-folk duo from LA, are also playing.

Tickets to the show are $8-10, doors at 8:30pm, and it’s 21+ only. Enter the contest below for a chance to win a pair of tickets, courtesy of our friends at the Satellite.

You must have a Twitter or Facebook to enter the contest. First make sure you’re following Grimy Goods on Twitter here and/or “like” our Facebook page here. We’ll pick winners on Monday, September 10.  The winners will be direct messaged on Twitter or contacted below their contest entry comment on the Grimy Goods Facebook page. Winners will have until 10 a.m. Tuesday, September 11 to claim their win or the tickets will be forfeited. To increase your chances, enter the contest both ways!

Via Twitter:  Tell us why we should hook you up with tickets! Send your Tweet to “Hey @GrimyGoods,” mention “@DustbowlRevival at @TheSatelliteLA” and be sure to include the following hashtag in your Tweet: #ContestTDR.

Via Facebook: Just leave a comment on the Grimy Goods Facebook page telling us why we should hook you up with tickets!  Also, be sure to mention The Dustbowl Revival at The Satellite so we know which contest you’re entering!

For more cool shows coming up at the Satellite click here.  To enter other Grimy Goods contests, click here.