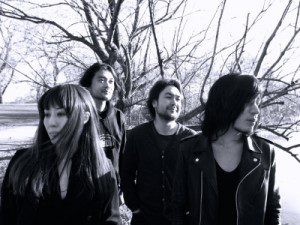 See Mono at the Glass House this Sunday October 7. This Japanese instrumental rock band have been touring since 1999 and just released their most recent album For My Parents.  Their music is influenced by experimental rock and shoegaze, adding in some classical music and noise. Seeing Mono live, there is plenty of dynamics in their music and playing. It’s a wall of sound and noise. Joining them is Chris Brokaw from Codeine and Come. Brokaw has drummed for G.G Allin and Thalia Zedek, a well-known No Wave figure. These two performers will bring shoegaze, experimental rock, and noise in one. It will be a night not to be missed!

Tickets are $14, doors at 7 PM, and it’s all ages! Enter the contest below for a chance to win a pair of tickets, courtesy of your friends at the Glass House.

Here’s how you Win Tickets!

You must have a Twitter or Facebook to enter the contest. First make sure you’re following Grimy Goods on Twitter here and/or “like” our Facebook page here. We’ll select winners on Wednesday, October 3.  The winners will be direct messaged on Twitter or contacted below their contest entry comment on the Grimy Goods Facebook page. Winners will have until 10 a.m. Thursday, October 4 to claim their win or the tickets will be forfeited. To increase your chances, enter the contest both ways!

Via Twitter:  Why do you want to go to this show?! Send your Tweet to “Hey @GrimyGoods,” mention “@MONOofJAPAN @theglasshouse” and be sure to include the following hashtag in your Tweet: #Contest:MONO

Via Facebook: Just leave a comment on the Grimy Goods Facebook page telling us why you want to go to this show!  Also, be sure to mention Mono at the Glass House so we know which contest you’re entering!

For more cool shows coming up by the Glass House click here. To enter other Grimy Goods contests, click here.