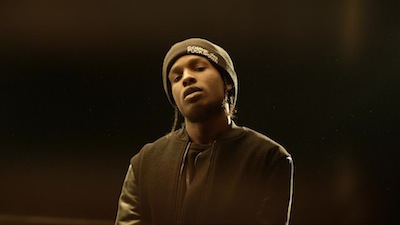 As part of his three-month “Long Live A$AP Tour,” A$AP Rocky will headline the Hollywood Palladium on Friday, Oct. 26. Supporting the New York rapper will be the will be A$ap Mob, Schoolboy Q and Danny Brown. A$AP plans to release his debut studio album, LongLiveA$AP, on October 31, 2012. Let’s hope you hear some new tracks at this show!

Tickets to to Long Live A$AP Tour at the Hollywood Palladium are $29. 50 + service fees. You can buy your tickets here or try winning a free pair below courtesy of Live Nation and Grimy Goods.

You must have a Twitter or Facebook to enter the contest. First make sure you’re following Grimy Goods on Twitter here and/or “like” our Facebook page here. We’ll pick winners on Monday, October 22. The winners will be direct messaged on Twitter or contacted below their contest entry comment on the Grimy Goods Facebook page. Winners will have until 10 a.m. Tuesday, October 23 to claim their win or the tickets will be forfeited. To increase your chances, enter the contest both ways!

Via Twitter: Tell us how you got hyped to A$AP Rocky! Tweet to: “Hey @GrimyGoods,” mention “@asvpxrocky at @thePalladium” and be sure to include the following hashtag in your Tweet: #ContestASAP

Via Facebook: just leave a comment on the Grimy Goods Facebook page telling us how you got hyped to A$AP Rocky! Be sure to mention A$AP Rocky at Hollywood Palladium so we know which contest you’re entering!

For more cool shows coming up at the Hollywood Palladium, click here.  To enter other Grimy Goods contests, click here.