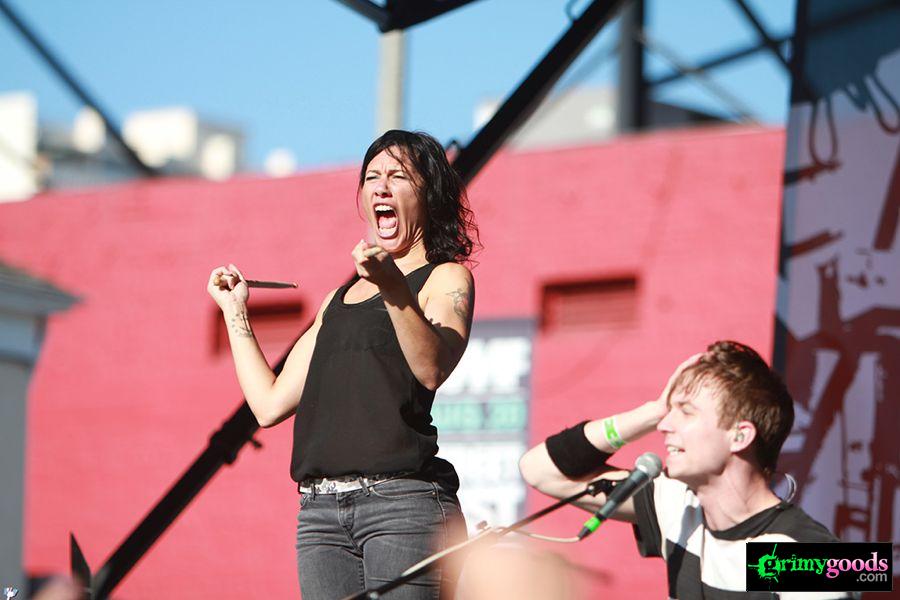 Indie dance duo, Matt & Kim, hit the Wiltern this Thursday, October 25. Matt Johnson and Kim Schifno have the Brooklyn D.I.Y attitude and uses it towards their musical creativity. With the release of their first album, “Matt and Kim” they earned a wide indie fan base immediately through touring. Following their first album, their fame continued to grow and their music has been featured on commercials, TV shows, and video games. Matt & Kim’s live performances are  dance parties and their tour for their latest album “Lighting” is sure to keep you moving.

Tickets to the show are $23 (not including service fees), doors at 8pm, and it’s all ages. Enter the contest below for a chance to win a pair of tickets, courtesy of your friends at Livenation.

Here’s how you Win Tickets!

You must have a Twitter or Facebook to enter the contest. First make sure you’re following Grimy Goods on Twitter here and/or “like” our Facebook page here. We’ll select winners on Tuesday, October 23.  The winners will be direct messaged on Twitter or contacted below their contest entry comment on the Grimy Goods Facebook page. Winners will have until 10 a.m. Wednesday, October 24 to claim their win or the tickets will be forfeited. To increase your chances, enter the contest both ways!

Via Twitter:  Why do you want to go to this show?! Send your Tweet to “Hey @GrimyGoods,” mention “@mattandkim  @wiltern” and be sure to include the following hashtag in your Tweet: #ContestMK.

Via Facebook: Just leave a comment on the Grimy Goods Facebook page telling us why you want to go to this show!  Also, be sure to mention Matt & Kim at the Wiltern so we know which contest you’re entering!