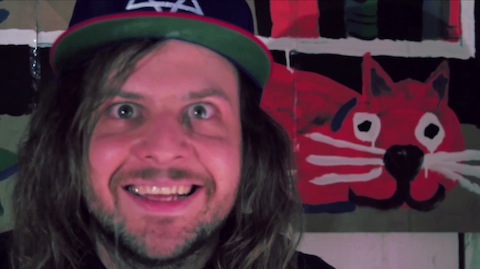 Garage rock artist King Tuff (Kyle Thomas), will be dominating the Echo on Thursday, December 13. Tuff’s been busy as of late, with the release of a 2 song EP mere months after his highly acclaimed self titled album release from Sub Pop records in May of this year; this guy is a machine with no indication of wearing down anytime in the near future. Supporting acts will be LA locals Lovely Bad Things and Zig Zags.

First make sure you’re following Grimy Goods on Twitter here and/or “like” our Facebook page here. Next, email ggcontests@gmail.com with your full name for guest list and a clever reason why you want a pair of tickets to King Tuff at the Echo! When you’re done with your email, send us a Tweet so we know you entered the contest or you can post on our Facebook wall. We’ll select a winner that has done all of the above mentioned. Winners will be announced via email, Facebook and Twitter on Tuesday, Dec 11. Winners will have until 10am Wed, Dec 12 to reply back to our email and confirm their win.

FACEBOOK: Just leave a comment on our wall lettting us know you entered our contest for tickets to King Tuff at the Echo

For more cool shows coming up at The Echo, click here. To enter other Grimy Goods contests, click here.