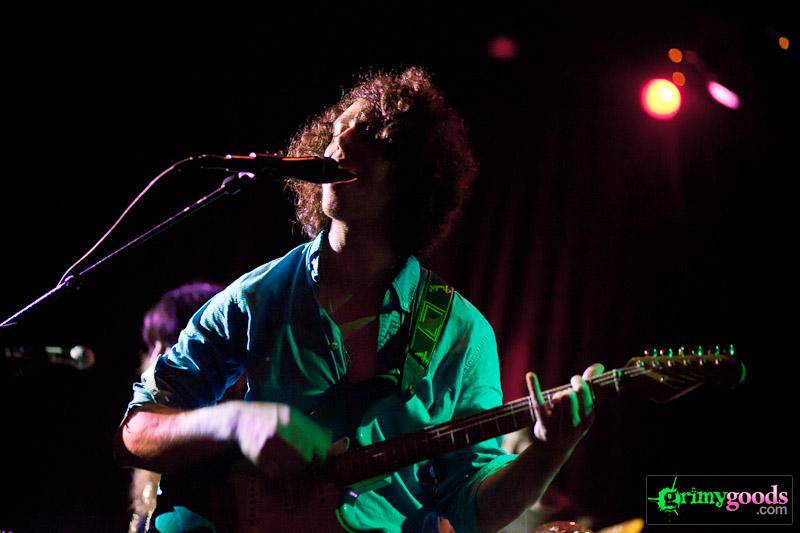 Los Angeles-based Vinyl Williams, led by the 22-year-old Lionel Williams is not your average psych band from Los Angeles. While other musicians in this trending genre sound practically alike, Vinyl Williams takes a more holistic, artistic and cultured approach with his level of psychedelic influence. Not to mention, he’s also a visual artist. Check out our interview below with Vinyl Williams.

When and how did you start making music?
I created my first pop song “Explode” when I was 10. It was a banger. Mark Towner Williams (father) played electric guitar on it with this gross 80s distortion fusion tone, and fake programmed drums. It sounded like a 10-year-old on KIISFM after the apocalypse.

How do you make your music?

I’m a collage artist, so usually the process begins as improvisation, and then I revisit it later, sometimes cut it up into pieces, or try to re-create the magical infinitesimal moment that always occurs in pure improvisation. Lemniscate is an arrangement of those spontaneous beacons that jump out of the illogical, irrational experience of jamming, and somehow they end up sounding like pop songs, kind of.

I use a Strat and a Jaguar HH on most of these tracks. The guitars on “Object Of The Source” and “Higher Worlds” are recorded with a 5watt practice amp, around the size of your face. The sound is far from pristine, but Brian Eno constructed his own impedances in order to have control variables for his irrational sound experiments. I love imperfection, because it’s always secretly perfection when just on the cusp of it.

Lyrics are always completely stream of consciousness. I’m trying to examine and explain the inexplicable through pure arbitrary imagery. It’s supposed to induce a synesthetic environment of sound and visual, although I didn’t deliberately plan this, and the function of this work can vary (and I’m proud of that) – Scriaben also charted out his idea of how sound relates to color.

What inspires your music and art?

I was kidnapped by acquaintances mid-trip at CalArts. I was put in the back of their SUV, looking out on the road speeding in reverse. How could they do that to me? We arrived at a strange house on top of a massive hill, with visualizations occurring on top, and lots of dirty folks. I’m not sure how this influenced the album,but the chaos and confusion must have opened up a tiny conduit in my mind.

I’ve also recorded with my good friend Rocky Maldonado on mushrooms. The tracks sounded absolutely horrendous. In a laughable way. Like if Ash Ra Tempel and Timothy Leary made another album in a subterranean hospital dungeon.

What truly inspires me are new qualitative sciences and also vast phenomena. Egyptian BioGeometry is a great example, which is the reanimated ancient technology of how shapes affect energy, because everything has a shape, and everything has energy. This relationship is built on qualities, similar to the colors in our light spectrum, or the notes in an octave. Basically, these scientists are able to heal any biological lifeforms through this technology with measurable and repeatable results.

Russellian science is a huge influence as well, and of course UFO sightings — NOT Ancient Aliens — that show is complete mumbo jumbo. 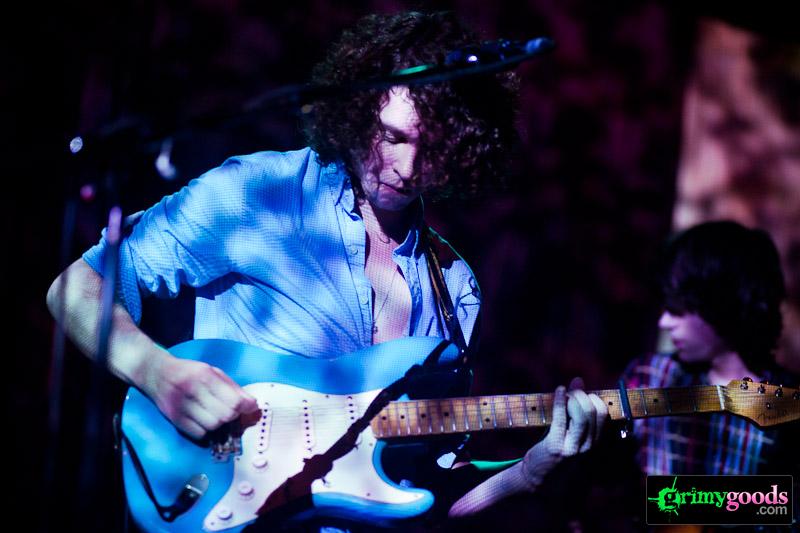 What do you think of the growing 60s revival and psychedelic scene in L.A.? What are some of the local bands you enjoy?

I call it “timefull” instead of “timeless.” Combining all the great decades, roughly late 60s – 90s, what a wonderfully shameless thing to do. Foxygen do a great job, as adolescently hilarious as they are. Dahga Bloom is fucking amazing; three basses killing your face. The Warlocks have always been a fav of mine. Alex Gray of Deep Tapes (guitarist of Sun Araw) makes some killer collage jams. Gazoota is jungle friendly dream pop. HOTT MT = thai garden in space. Entrance Band of course blow everybody’s genitals out of their noses when they perform. ESP and UFO are supernaturally mind blowing as well. Can’t forget Infinite Body!

Some recent dreams I’ve documented right when I wake up (paired down versions):

a) Dogs taking over the world, incepted by higher conscious, eats everybody overnight

b) I have a child, nobody is the mother, but my mother takes care of it. My mother is my wife, I get the sense of it. It’s terrifying in the dream and ancestrally awkward. My child is so beautiful.

c) Zombie dream with the lapse of zombies, the unknowing, even when one is in my home

d) Highway drive, moon bright and oddly shaped,
Crescent forming into craft and then contracting, then dimming.
Singular object.
In parking lot, wetness
Phone call to father, frantic, telling about the moon object
I hear his voice and presence, I see him turn a corner with phone in hand, laughing and yelling my name to look into the sky.
Several moons, slightly moving, different shapes. All dimming and contracting at different times. Moon as a cloak.

e) My friend Zach Vidal showed up in a very scary courtyard, with high buildings surrounding us. He had a magic bouncy ball that would go hundreds of miles per hour. He threatened me with it until he threw it at my ass four times in a row, making me sob. Cartoonily he walked away, laughing “heh heh heh” and I withered away.

Who are your influences for both music and art?

Do your art and music feed each other?

They are the same planet. They are the expression of synesthesia, interrelated senses. Once all five senses can become interrelated, namely for a moment, one can gain further access into the psychic senses.

What does the future hold for Vinyl Williams and your art?

Just finished compiling a 23-track album of selected improvisations from the past and future year, most of which are recorded very meagerly and on the spot.

SXSW is coming up in March and Austin Psych Fest in April. So excited for those!

Right now I’m spending most of my time on 3D worlds, and this one very large canvas collage. I hope to have a new album finished by March time as well 🙂