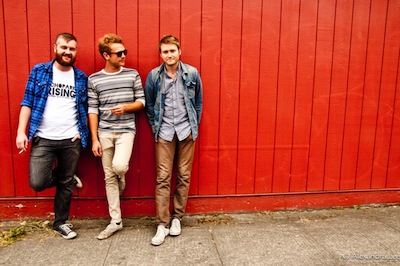 L.A. garage rockin’ trio The Dead Ships bring their powerhouse live show to the Satellite on Friday, January 18.  These Grimy Goods local favorites recently premiered a fantastic video for their single “You Were Young” and brought some good ole’ high energy rock n’ roll vibes to their recent show in December.  Supporting acts are Superbus (from France), Kiven and Future Ghost.  Do not miss out on the action!

First make sure you’re following Grimy Goods on Twitter here and/or “like” our Facebook page here. Next, email ggcontests@gmail.com with your full name for guest list and a clever reason why you want a pair of tickets to The Dead Ships at the Satellite! When you’re done with your email, send us a Tweet so we know you entered the contest or you can post on our Facebook wall. We’ll select a winner that has done all of the above mentioned. Winners will be announced via email, Facebook and Twitter on Wednesday, January 16. Winners will have until 10am Thursday, Jan. 17 to reply back to our email and confirm their win.

FACEBOOK: Just leave a comment on our wall letting us know you entered our contest for tickets to The Dead Ships at the Satellite.