After teasing us with an artsy video (Bloom), the moment you have been waiting for is finally here! The Coachella 2013 line-up has been announced and will take place April 12 – 14 and April 19 – 21 — two weekends of music, once again.

Were those Rolling Stones rumors, really just rumors or will they be a surprise headlining add for Saturday? We all know Phoenix can’t possibly be the Saturday headliner, and we wouldn’t put it pass those cleverly teasing Coachella cats to add a a few more amazing performers. Perhaps, the Stones, Daft Punk or Justin Timberlake? Who knows, but expect some pleasant surprises. The line-up is looking a little thin and Coachella did Tweet the following; “FIRST! @Coachella 2013 lineup – http://Coachella.com pic.twitter.com/crGeHiuP.” We don’t think they were trying to get firsties on their own event by adding the word “FIRST!” to their Tweet. We think they’re going to slowly add some additional performers to that line-up poster. Who do you hope they add?

Check out the Coachella 2o13 line-up below! Who are you most excited to see? Let us know in a comment below! 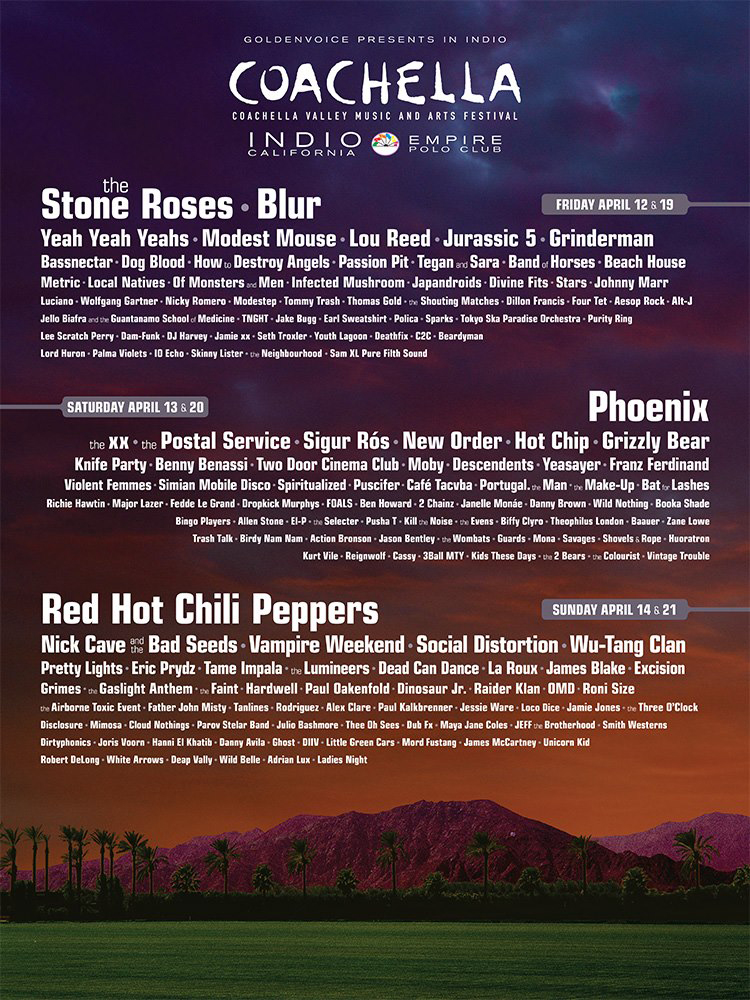