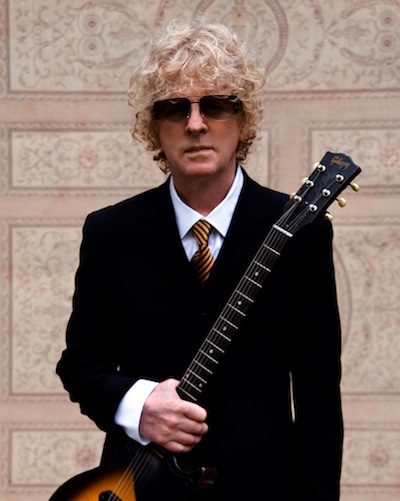 Legendary 70s British rocker Ian Hunter brings his tour with The Rant Band to the El Rey Theatre on Saturday, February 2.  He fronted glam/hard rock group Mott the Hoople, who popularized the David Bowie written classic “All The Young Dudes” and coined solo hits such as “Cleveland Rocks” and “Once Bitten, Twice Shy.”  But the rock doesn’t stop there, his newest album When I’m President is out and your chance to jam to it live is now!

Tickets are $35, doors at 8PM, and this show is all ages. Or enter with us for a chance to win a pair of tickets by following the directions below!

First make sure you’re following Grimy Goods on Twitter here and/or “like” our Facebook page here. Next, email ggcontests@gmail.com with your full name for guest list and a clever reason why you want a pair of tickets to Ian Hunter and The Rant Band at the El Rey. When you’re done with your email, send us a Tweet so we know you entered the contest or you can post on our Facebook wall. We’ll select a winner that has done all of the above mentioned. Winners will be announced via email, Facebook and Twitter on Tuesday, Jan. 29. Winners will have until 10am Wednesday, Jan. 30 to reply back to our email and confirm their win.

FACEBOOK: Just leave a comment on our wall letting us know you entered our contest for tickets to Ian Hunter and The Rant Band at the El Rey on Feb. 2.

For more cool shows coming up at the El Rey, click here. To enter other Grimy Goods contests, click here.