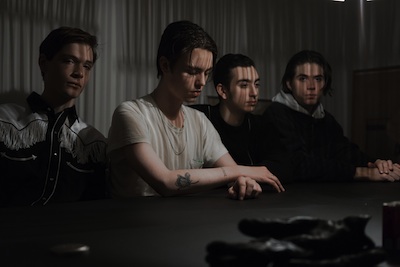 Iceage is composed of four young lads from Copenhagen, Denmark—Jakob, Dan, Elias, and Johan. To some, they may be considered dark-hardcore-punk heartthrobs, but these guys know hot to shred despite being straight outta their teens and easy-on-the-eyes. Their first full-length album, New Brigade, garnered them the kind of attention that placed them at festivals such as Pitchfork and Roskilde (massive European music festival) and the momentum continues with their sophomore effort, You’re Nothing, released on Matador Records on Feb. 19, 2013.

While I can appreciate the buzzsaw guitars, fuzzy, low bass and that meandering, gloomy croon of Elias’ vocals that really push this album to the extreme—overall, it just doesn’t seem to ignite a fire under my ass, or kick-start my heart into gear, the way I so desired. I strived to find the connection between the music and the lyrics, but the source of the angst didn’t feel clear to me (why are these kids angry? I want to know!). It felt disjointed beyond repair, despite having that desirable, fast paced and tense energy. Other bands in these heavy genres, even fellow Danish punk rockers, No Hope For The Kids know how to do just that to me, but like a blind date that didn’t pan out—sadly, the spark just isn’t there.

On the contrary, our editor absolutely loves Iceage’s new album, You’re Nothing. She compares the Danish four-piece to the raw hardcore punk sound of the 80s where DIY ethics were king. In her words, “they keep it real” and fuel their punk angst with emotion, whether political, about love or whatever the hell is irking them—there’s feeling in their music and not just a generic emo-hardcore-scream with mediocre chords. Their music is hard, fast and loud; however, it bears sprinkles of emotional darkness and creative instrumental suspense, as heard in their almost two-minute track, “Interlude.” Iceage produce a classic underground sound that is full of post-punk grit, the kind you would find on the bathroom walls during the early days of CBGB’s.

It’s different strokes for different folks; I cast them back into the musical dating sea, for all you other listeners to try. While You’re Nothing isn’t a game changer to me, maybe you’ll have better luck, you’ll become fast friends or even lovers, maybe You’re Nothing will really mean something special to you, but this lady is moving on.

Three Words to Describe You’re Nothing: Lost in translation.

This Album Would Go Well With: A zombie apocalypse. A nervous breakdown. A time warp. Several pints of lager.

Favorite Tracks: “Coalition” – This track emerges from the post-punk ooze and proves to be one of the most zealous, energetic songs on the album. I could raise a glass or a fist to this happily, frenetic punk rock growler.

“In Haze” – The wicked catchy, borderline power-pop guitar hook with bellowing punk rock vocals and hard hitting drums leaves me in a musical daze; the kind where your head is spinning, but it feels alright, and you really don’t mind if the rest of you just floats, falls or spazzes outta control. 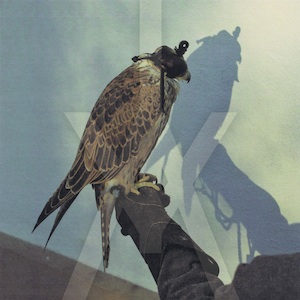