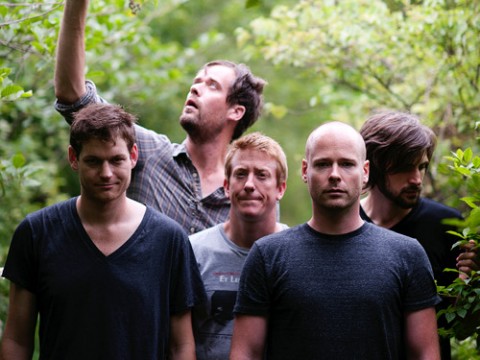 Caspian changes the face, sound, and scope of instrumental rock music.  Forming in 2003, the band has remained a powerhouse in “post-rock”. Four albums and ten years later, Caspian plays the Echo on March 1. Their latest album Waking Season is their strongest album and it creates mystical sonic experiences that ties into the natural world, transforming the band into a modern day prog rock band. Joining them is Junius and Native, post-rock bands that provide added kick to the performance.

First make sure you’re following Grimy Goods on Twitter here and/or “like” our Facebook page here. Next, email ggcontests@gmail.com with your full name for guest list and a clever reason why you want a pair of tickets to Caspian at the Echo. When you’re done with your email, send us a Tweet so we know you entered the contest or you can post on our Facebook wall. We’ll select a winner that has done all of the above mentioned. Winners will be announced via email, Facebook and Twitter on Thursday Feb. 29. Winners will have until 10am Friday, March 1 to reply back to our email and confirm their win. Must be 18 and over!

TWEET: Hey @GrimyGoods, I entered your contest for FREE tickets to @Caspian_ on March 1 @TheEchoLA. #contestCS

FACEBOOK: Just leave a comment on our wall letting us know you entered our contest for tickets to Caspian at the Echo.