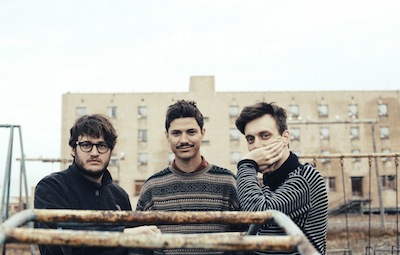 Indie rock group, Efterklang comes to the Echoplex on Saturday, March 9. Hailing from Copenhagen, Denmark the childhood friends, Casper Clausen, Mads Brauer, and Rasmus Stolberg seek the purest sounds possible and strive to illustrate scenes from their imagination. Their music can be describe as modern-day avant-garde with heavy influences from alternative folk, dream pop, electronic, post-rock, and indie rock. Live, Efterklang brings in a six piece orchestra to mimic their studio albums and provide a musical landscape to their audience. Their music has provided a soundtrack to Vincent Moon’s, An Island, has gained Pitchfork recognition, and numerous awards for best album. Efterklang is Danish for “remembrance” or “reverberation”, and surely their name will not disappoint. Making the night extra special, Nightlands provides a supporting act to the dream like event.

First make sure you’re following Grimy Goods on Twitter here and/or “like” our Facebook page here. Next, email ggcontests@gmail.com with your full name for guest list and a clever reason why you want a pair of tickets to Efterklang at the Echoplex. When you’re done with your email, send us a Tweet so we know you entered the contest or you can post on our Facebook wall. We’ll select a winner that has done all of the above mentioned. Winners will be announced via email, Facebook and Twitter on Thursday March 7. Winners will have until 10am, Friday March 8 to reply back to our email and confirm their win.

TWEET: Hey @GrimyGoods, I entered your contest for FREE tickets to @Efterklang on March 9 @TheEchoLA. #contestEF

FACEBOOK: Just leave a comment on our wall letting us know you entered our contest for tickets to Efterklang at the Echoplex.