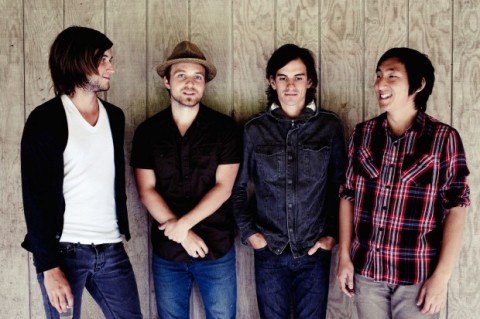 Folk-pop, indie rock band, Ivan & Aloysha hails from Seattle, Washington. Formed in 2007 by Tim Wilson and Ryan Carbary, and later added Pete Wilson and Tim Kim in 2009. The band was first recognized at SXSW by NPR and was name top 100 on All Songs Considered. Slowly, but surely, their popularity is rising. They have toured all over North America and are now headed to the Echo. Joining them are Tall Tales and Silver Lining and Daniel Ahearn & The Jones.

First make sure you’re following Grimy Goods on Twitter here and/or “like” our Facebook page here. Next, email ggcontests@gmail.com with your full name for guest list and a clever reason why you want a pair of tickets to the Black Ryder at the Echo!  When you’re done with your email, send us a Tweet so we know you entered the contest or you can post on our Facebook wall. We’ll select a winner that has done all of the above mentioned. Winners will be announced via email, Facebook and Twitter on Thursday, Mar. 14. Winners will have until 10am Friday, Mar. 15 to reply back to our email and confirm their win.

FACEBOOK: Just leave a comment on our wall letting us know you entered our contest for tickets to the Ivan & Alyosha at the Echo on Mar. 19.