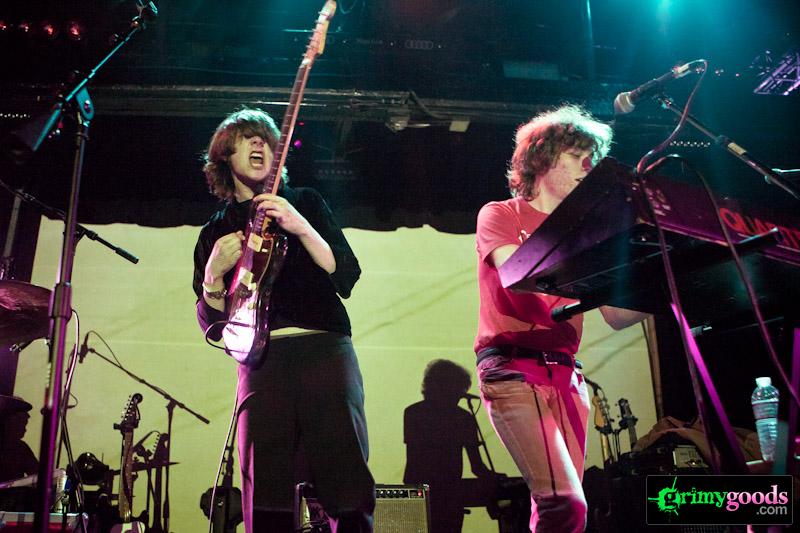 Sam France and Jonathan Rado are the bi-coastal songwriting duo that is Foxygen. They are next big thing, creating impressionistic, hyper-real portraits of sounds from specific times and places. Their music is modern and creative and highly original. Many of their albums are self released, and only a few are available. Later, they signed on to Jagjaguwar Records, and their first and second studio albums were released. Foxygen has maintained their originality since 2005, and are quickly gaining worldwide recognition. They have been named one of Fuse TV’s 30 must-see artists at SXSW, and now you can see them at the SOLD OUT show at the Echo. Win a pair of tickets with us by entering the contest below. And as a reminder, the show is 18 and over only! Good luck!

First make sure you’re following Grimy Goods on Twitter here and/or “like” our Facebook page here. Next, email ggcontests@gmail.com with your full name for guest list and a clever reason why you want a pair of tickets to Foxygen at the Echo. When you’re done with your email, send us a Tweet (see below) so we know you entered the contest or you can post on our Facebook wall. We’ll select a winner that has done all of the above mentioned. Winners will be announced via email, Facebook and Twitter on Sunday, March 24. Winners will have until 10am, Monday, March 25 to reply back to our email and confirm their win.

FACEBOOK: Just leave a comment on our wall letting us know you entered our contest for tickets to Foxygen at The Echo.

For more cool shows coming up at the Echo click here. To enter other Grimy Goods contests, click here.